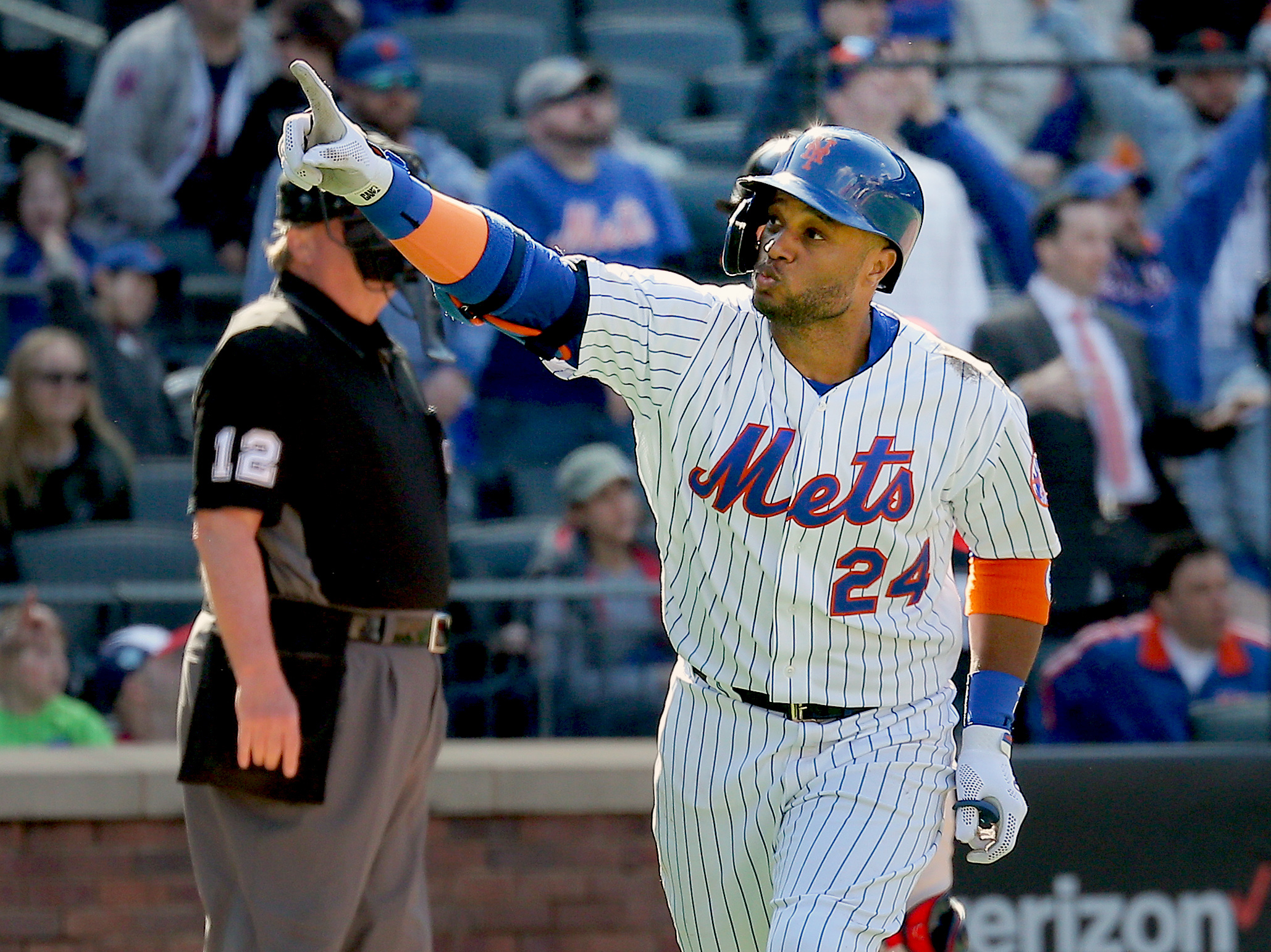 On WWE day at Citi Field, Saturday’s game started out like Hulk Hogan/Ultimate Warrior from Wrestlemania VI, and ended more like the Hogan/Warrior at Halloween Havoc. But as April games go, Saturday’s masterpiece was one that the Mets needed. They didn’t want to stare down the barrel of getting swept with Max Scherzer holding the trigger on Sunday. So to win this battle of the gasoline filled bullpens was as key as an April victory can get.

Let’s start from the beginning: Steven Matz impressed me today. Five scoreless innings may not seem like much, but it was the jam he got out of in the second inning that warmed my heart. He had already struck out Brian Dozier in the first inning with a changeup outside, but with runners on in the second, he stayed on the outer half on Victor Robles with two outs and runners on second and third. You just knew that Robles was expecting one Steven Matz to go inside based on the scouting report. But Matz stayed outside and got out of the inning. For somebody that has issues with getting out of jams and out of his own head, Matz did great today. That he ran his pitch count up and had to leave the game after five innings is a goal he can attain in a future start. This one was more important.

With two J.D. Davis home runs in the rear view mirror, Jeurys Familia had gotten out of a jam in the seventh and then started the eighth inning. He gave up a solo shot to Anthony Rendon  and immediately I said the phrase “Familia, who never gives up home runs” snidely in my head. Gary Cohen noted was the first home run Familia had given up at Citi Field since August of 2016. Of course, that isn’t true, as Familia gave up a vaguely important home run to Conor Gillaspie in the Wild Card game that same season. It bothered me more than it should have, because I felt Gary was repressing. Repressing bad memories isn’t healthy, and I worry about Gare.

Of course, it didn’t take long for Familia to give up his next one, a two run HR to Wilmer Difo to give the Nationals a 5-3 lead in the eighth.

It was then that Gare recognized Gillaspie’s home run, so I’m not worried about repressed feelings from our play-by-play announcer anymore.

But the Mets weren’t done. Against Pete Alonso hit one of his patented “feats of strength” home runs (not on the barrel/deepest part of the park) to make it 5-4. Then Robinson Cano, on a full night of sleep and presumably with a GPS app that works, did this:

Check out Robinson Cano's low-key swag on his game-tying home run in the eighth. pic.twitter.com/LUbf2yi7kT

It was the fifth solo HR for the Mets after Alonso’s, Davis’ two, and one by Michael Conforto. But it was Keon Broxton’s RBI single off Tony Sipp which won the game for the Mets, as Edwin Diaz fulfilled his new role as “pitcher who doesn’t scare the crap out of me” with a 1-2-3 ninth. Broxton’s heroics can start the meter on the “everybody contributes” meter, as they will have to be the kind of team that gets contributions from everybody as they are built more on depth than ever before. The Mets are also going to have to win these battles of the least offensive bullpens every once in a while, and thanks to what they’re trotting out in Washington and Philadelphia the Mets might have a chance at this.