Behold The Demon: Finn Bálor Summons The Win Vs. Lashley At WWE 'WrestleMania 35' 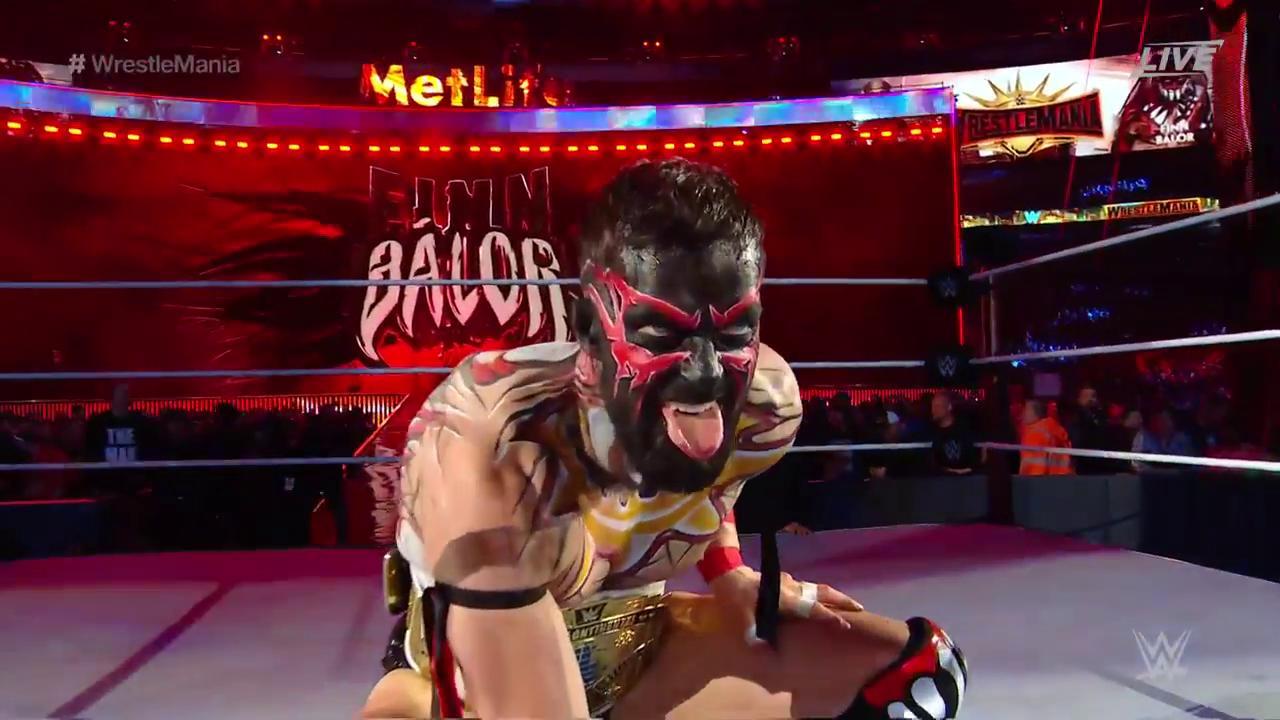 Behold The Demon: Finn Bálor Summons The Win Vs. Lashley At WWE 'WrestleMania 35'

Finn Bálor is the new WWE Intercontinental champion. Bálor won the title from Bobby Lashley at WrestleMania 35 but Finn did not do it alone. He had some help from his alter ego, The Demon.

Bálor was in full Demon garb and when he took the stage, he did so on a podium that elevated him high above the entrance ramp. The fog rolled in and the supernatural Superstar made his way down to the ring, where he made short work of Lashley.

Lashley, sporting his own demonic contacts, did give a great effort and overall, this was not a bad match. Bobby proved once again that he is extremely capable in any type of match against any kind of opponent.

Bálor proved that when he is The Demon, there’s no holding back. Many fans questioned the logic of taking the Intercontinental Championship off him but the answer became clear soon enough. Finn lost the title so he could win it back on The Grandest Stage of Them All.