Evolution Over: Triple H And Batista Go To War At WWE 'WrestleMania 35' 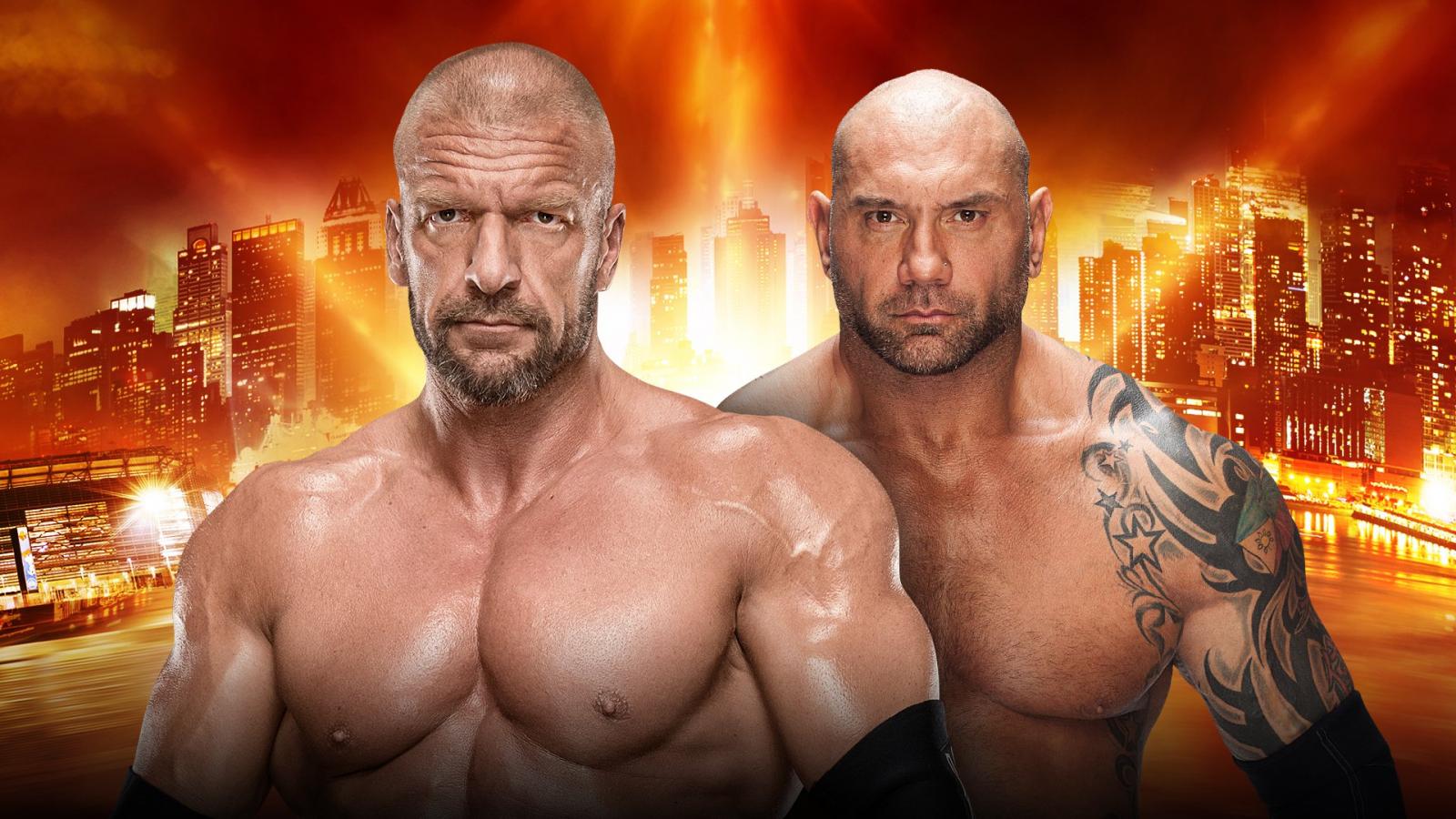 Evolution Over: Triple H And Batista Go To War At WWE 'WrestleMania 35'

Triple H has defeated Batista at WrestleMania 35. The Game’s ring career was on the line but he will live to fight another day as The Animal went down in a battle that was more of a marathon than a wrestling match.

The bout indeed seemed to take forever, as both men fought incredibly hard to gain the advantage. The No Holds Barred Match went outside of the ring for the majority of the time, as both men made used of a variety of weapons, including a tool box, steel chairs and announce tables.

At one point, Triple H even “yanked” Batista’s nose ring out with a pair of needle nose pliers. But that wasn’t enough to put The Animal down, as Batista kept fighting back. Batista even took a powerbomb on the steel steps, followed by the Pedigree and still kicked out at two.

But the end came after Hunter employed the use of his trusted sledgehammer, which he used thanks to an assist from The Nature Boy Ric Flair, who was the reason behind this bout to begin with. Triple H got the win and left Batista flat on his back.