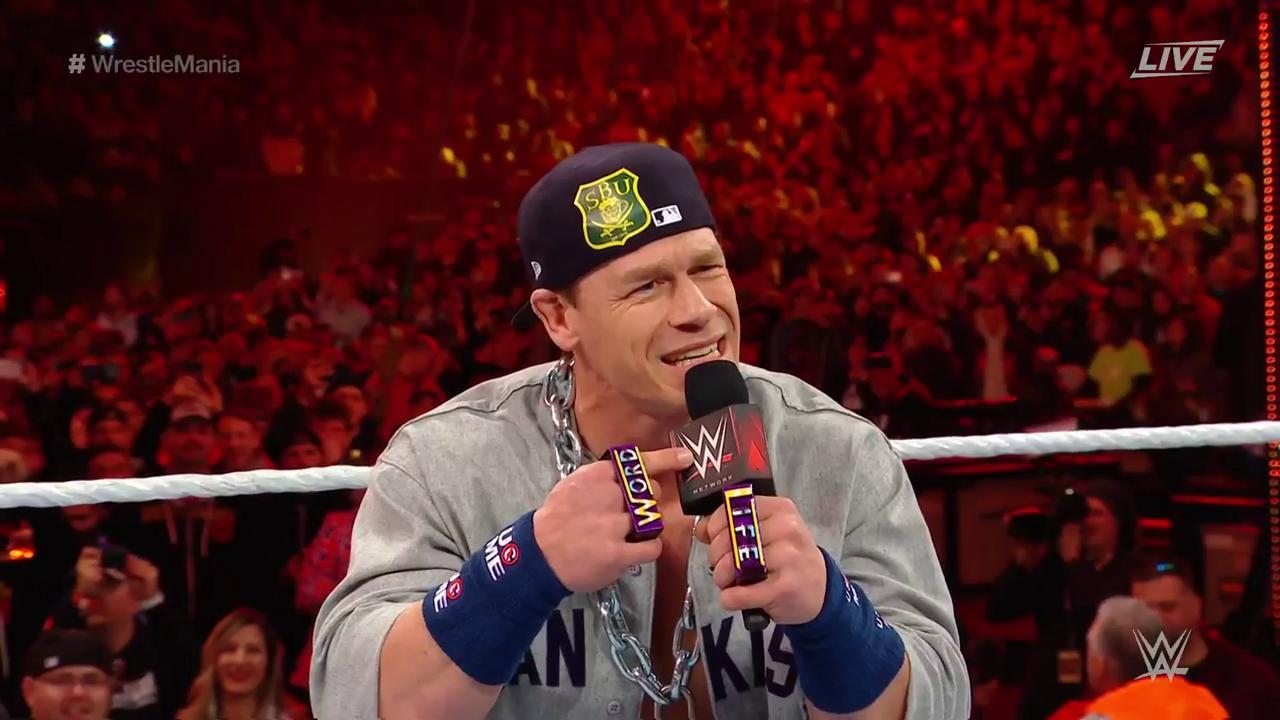 John Cena revived his Doctor of Thuganomics character at WrestleMania 35. The 16-time World champion interrupted Elias’s “concert” and came down to the ring in his old gear circa 2002.

Sporting a throwback Babe Ruth New York Yankees jersey, Cena wore the chain, the backwards cap and held a mic with which he burned Elias down. From the moment John’s old school music hit, the fans were on his side and they remained there throughout the entire segment.

The DOCTOR of THUGANOMICS @JohnCena IS HERE at #WrestleMania! pic.twitter.com/xkS7brfXHQ

Cena spit rhymes at Elias as the Drifter stood speechless. John finally ended the spot with the Attitude Adjustment, which he referred to under the old moniker of the F-U.

This was a nice flashback for John and for the WWE faithful. For weeks, fans have been wondering if Cena would appear on The Grandest Stage of Them All but Cena didn’t seem to have a clear path to the company’s biggest night of the year. Many believed that he should have been the man to face Kurt Angle in his retirement match but John gave them this instead and it was indeed a success.