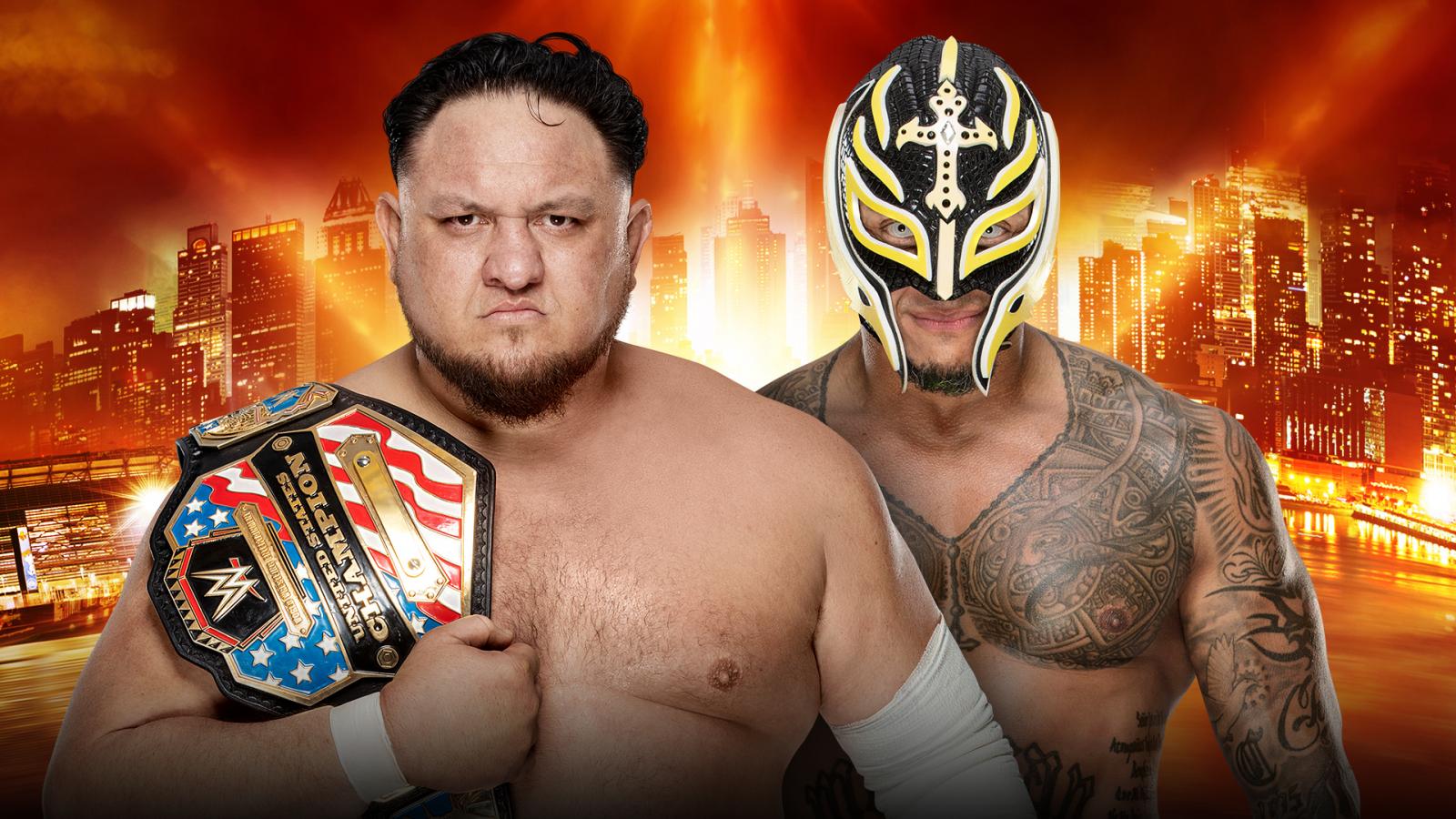 Samoa Joe is still the WWE United States champion after defeating Rey Mysterio at WrestleMania 35. The Samoan Submission Specialist barely broke a sweat before putting Rey down with the Coquina Clutch.

However, Mysterio did not come into this bout healthy, as the former World champion was injured in a match with Baron Corbin on the April 1 edition of Monday Night Raw. From that. point on, many WWE fans were wondering if Rey would be able to compete at Mania.

But Mysterio was cleared, though he did not last long. He barely got in any offense before Joe put him down and retained his United States Championship.

While Rey’s fans may not have been happy with the outcome, the fact is Mysterio at least got his WrestleMania moment. Rey’s ring gear was a tribute to Marvel Comics’ Mysterio, a member of Spider-Man’s rouge’s gallery. Its likely not coincidence, as Jake Gyllenhall will portray Mysterio opposite Tom Holland’s Spider-Man in Spider-Man: Far From Home, set to premiere on July 5.