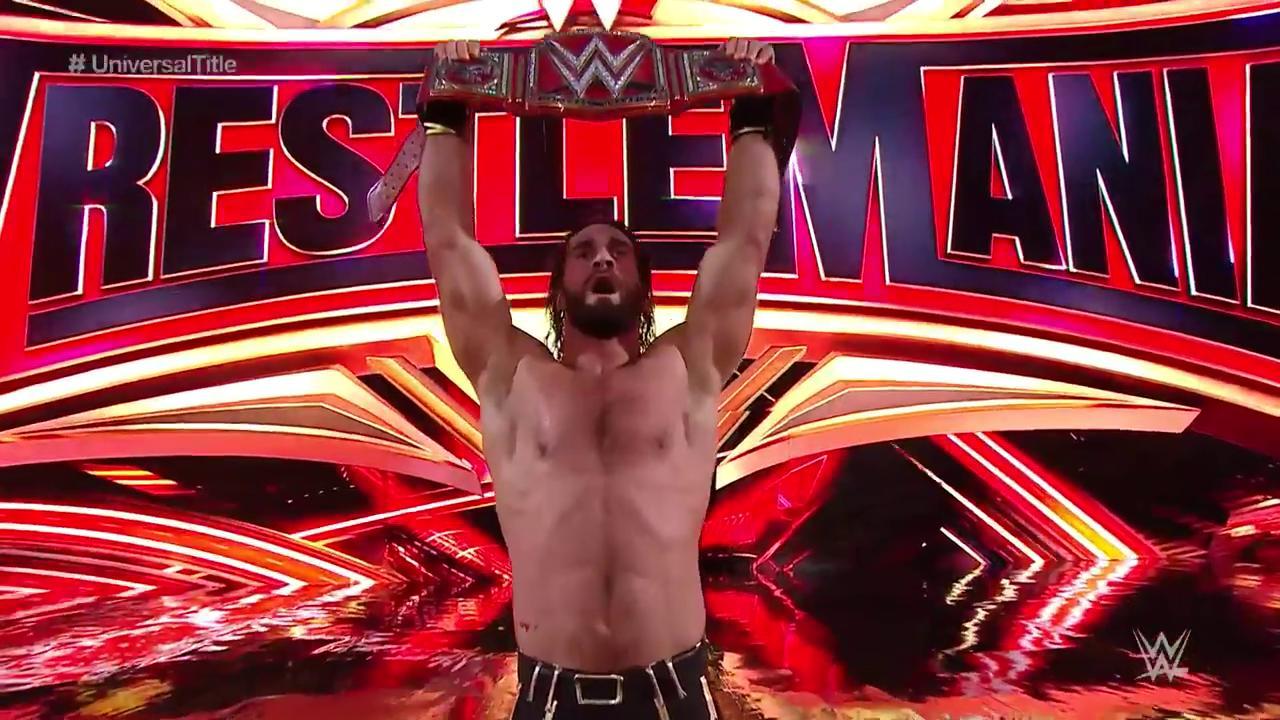 Seth Rollins is the new WWE Universal champion. The Kingslayer is now The Beastslayer, after taking Brock Lesnar down at WrestleMania 35.

The match actually kicked off the night, with Paul Heyman coming down to the ring and and demanding that his client go on last. He said that he and Brock wanted to get their business over with, even teasing that Lesnar was moving back to the UFC.

Brock took the fight to Seth, attacking The Architect before he could actually get in the ring. The bell had not even sounded as Lesnar continued to bash Rollins on the floor. Brock tossed Seth over the announce table and then finally into the ring, but threw him out again.

The punishment continued outside the ring as Lesnar was his usual unstoppable self. Once the bell finally rung, Lesnar went to work between the ropes.

He hit Rollins with 2 German Suplexes and it looked as though Seth was on his way to defeat. But Rollins took advantage of the ref nearly going down and hit a low-blow on Brock. Lesnar tried to get back to his feet but Rollins hit him with three Curb Stomps and suddenly got the pin. Rollins is now the top champion on Monday Night Raw.