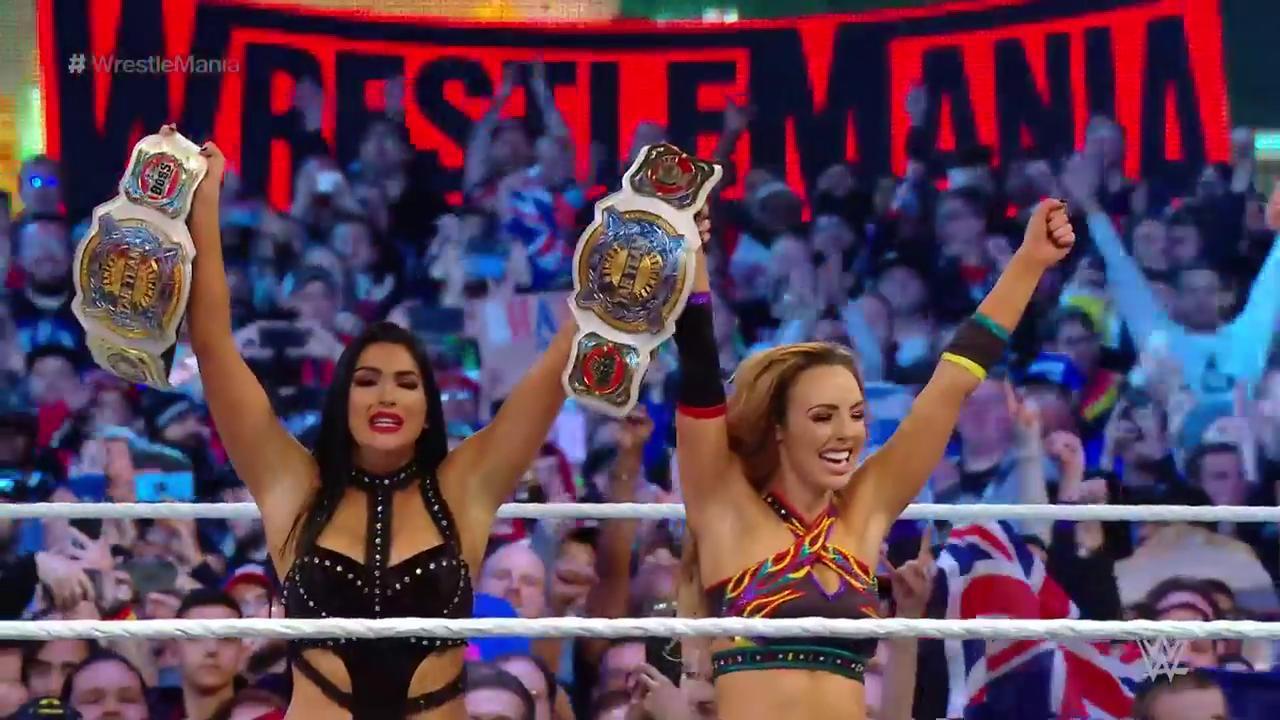 The IIconics are the new WWE Women’s Tag Team Champions. Billie Kay and Peyton Royce rolled into WrestleMania 35 as the underdog challengers in the Fatal 4-Way Match only to come away with the gold.

Sasha Banks and Bayley were the defending champions of course and came into the bout believed by many to be the favorites. Of course the same could’ve been said for Tamina and Nia Jax, or Beth Phoenix and Natalya.

Simply put, The IIconics were perhaps the last team that anyone felt could get the job done on The Grandest Stage of Them All. But that’s exactly what they did and now the pair can defend the gold on any brand at any time.

Their win may come as a surprise, but perhaps more so because Banks and Bayley never really got the chance to take the belts on tour as they promised in the beginning. Whether or not the former champs will get a rematch remains to be seen.