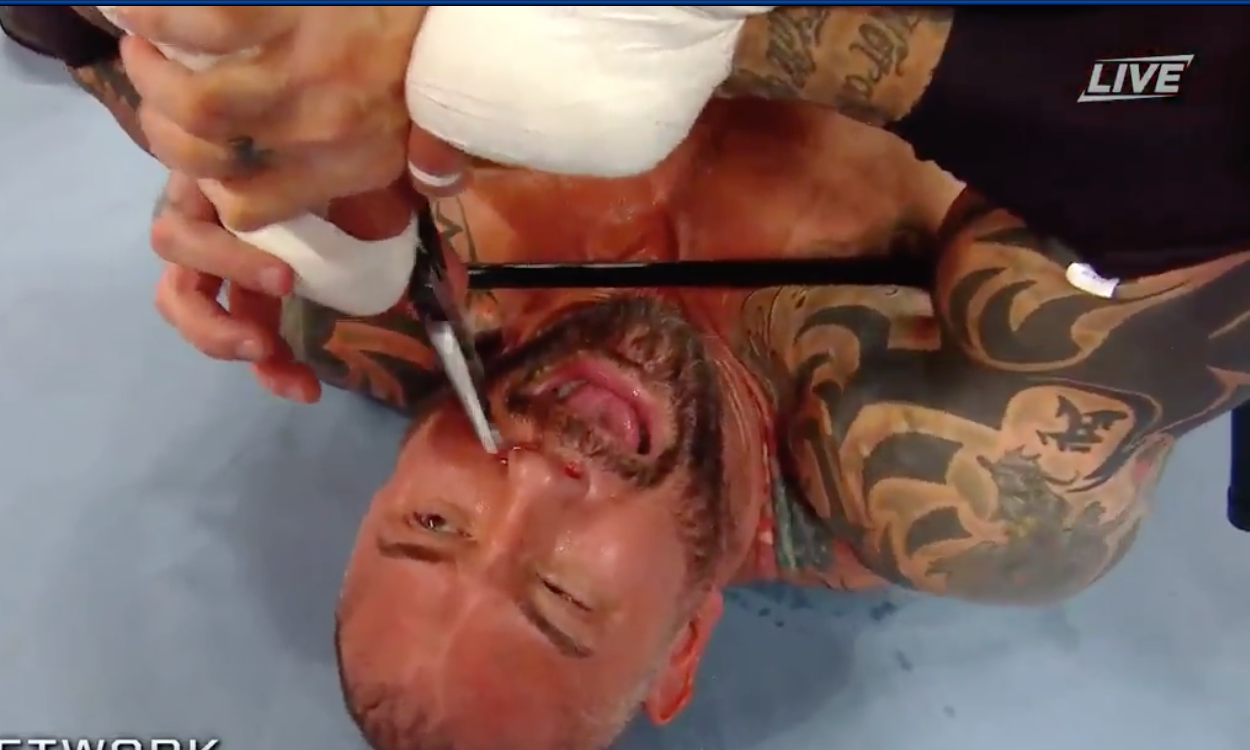 It’s safe to say no one could’ve predicted what happened at WrestleMania 35 when Dave Bautista and Triple H squared off in the ring on Sunday.

Remember, Bautista called out Triple H at WWE Raw a month ago, taking some shots at his counterpart, and challenging him to a match.

Well, it appears that fired Triple H up, and he got revenge on Bautista in the best — and one of the most graphic — ways possible. He, at one point during their match, got Bautista on the mat, and put a chair over the wrestler/actor. Triple H then used pliers to rip out Bautista’s nose ring.

There's nothing @TripleH won't do to save his career… and that includes RIPPING OUT @DaveBautista's nose ring!! #WrestleMania #NoHoldsBarred pic.twitter.com/0lyzWVulHF