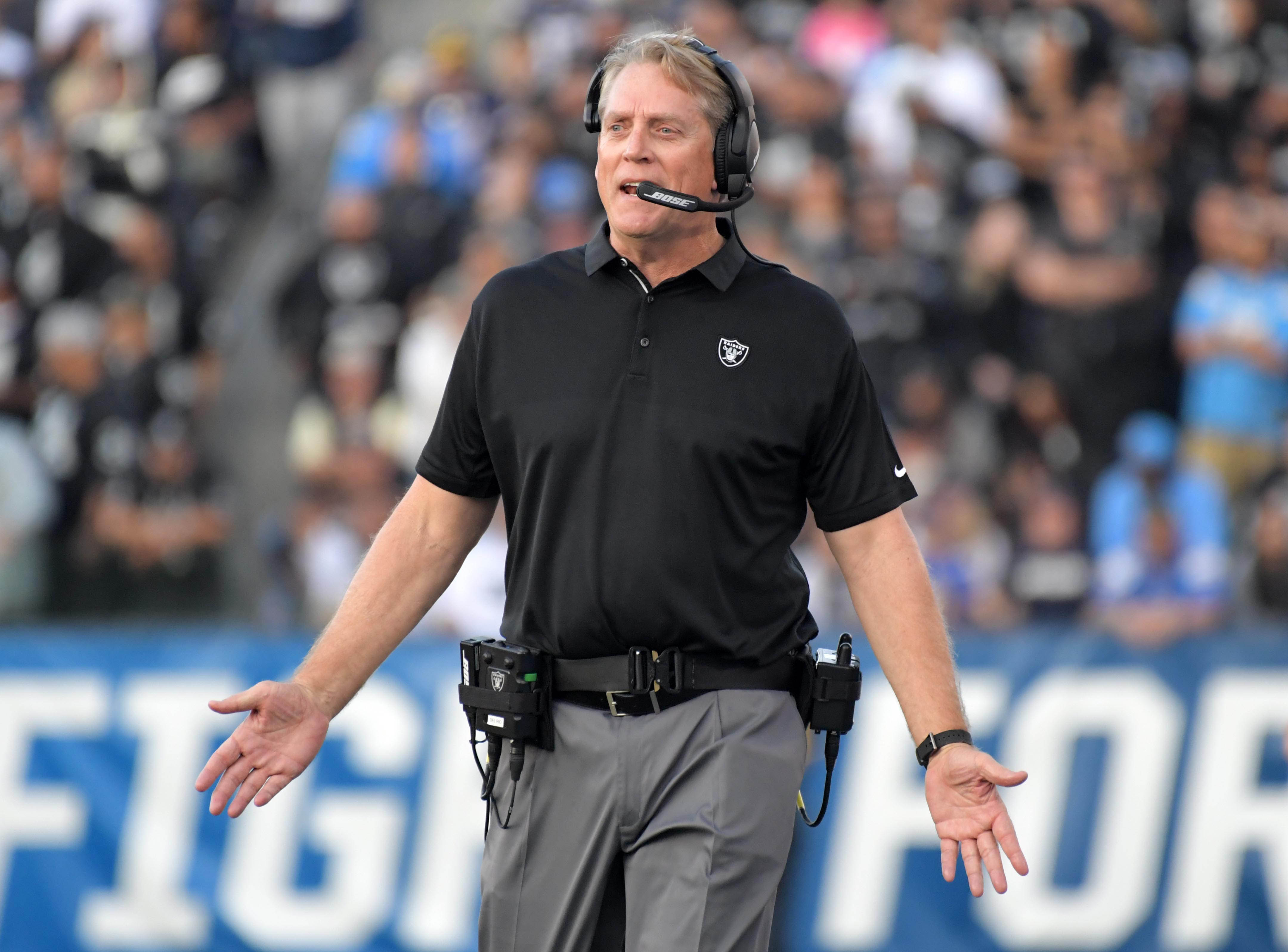 The Raiders have overhauled their roster since new head coach Jon Gruden took over, and they’re currently in the midst of a major rebuild.

Oakland, up until recently, when it traded for Antonio Brown, had no superstar talent on either side of the ball. But it did have All-Pro defensive end Khalil Mack on its roster last year, up until the team elected to ship him to Chicago in a blockbuster trade.

It was a surprising move, as Mack is a generational player, and teams generally like to draft and retain those players, for at least one, if not two additional contracts, possibly locking them up for an entire career. The Rams made sure to offer Aaron Donald a blockbuster deal to keep him, and the Texans have done the same with JJ Watt, despite his injury woes.

Former Raiders head coach Jack Del Rio, who was replaced by Gruden, and was responsible for drafting Mack, hasn’t said much about the trade — until now, that is. And he appeared to throw some shade at Gruden and his coaching staff for trading Mack away, in an appearance on NFL Network’s “Up to the Minute.”

“I think Khalil Mack is a future Hall of Fame player,” Del Rio said, as transcribed by NFL.com. “To me, when you have that talented of a player, you keep those guys.”

“It’s incumbent on [Raiders general manager] Mike Mayock to turn that draft capital into something really good that can play and get after the quarterback,” Del Rio said. “And so, we’ll find out. The draft is coming up. We’re going to find out if they can parlay those picks into something special, but they clearly decided not to pay one of the great human beings and great football players that I’ve ever coached.”

We agree with everything JDR said there. And we understand why he’d feel that way. He did get a raw deal by the Raiders, taking the team to the playoffs, and having a 25-23 overall record, yet being replaced by Gruden, even with the players seemingly being very fond of Del Rio.