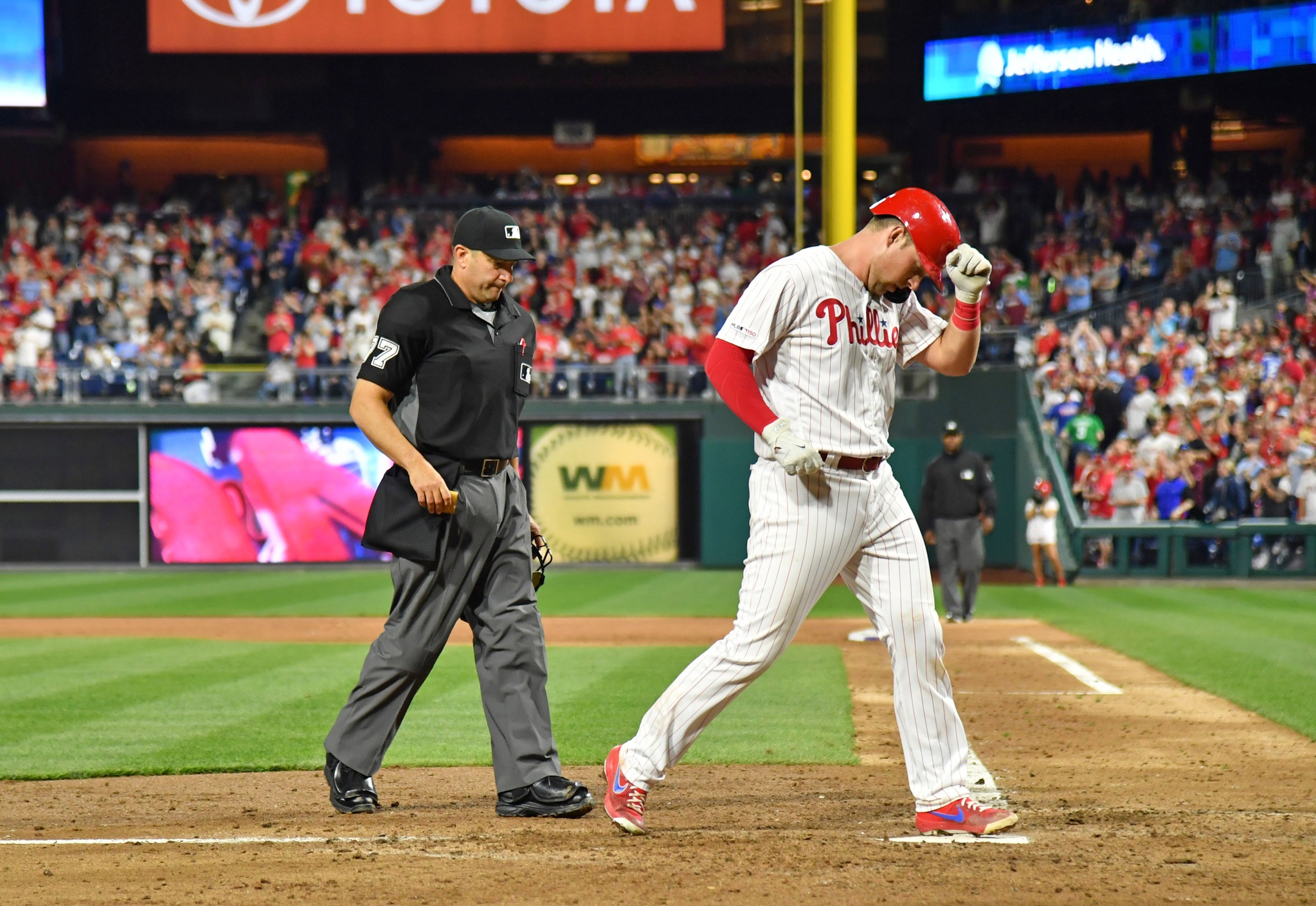 For Michael Jordan, it had to be the shoes. For Rhys Hoskins, maybe it’s the socks. Sporting a pair of Mickey Mouse socks on Monday night, Hoskins hit two home runs to help the Phillies pick up a 4-3 win against the Washington Nationals at Citizens Bank Park.

The first home run by Hoskins, in the bottom of the sixth inning, gave the Phillies a 3-2 lead against Nationals starter Anibal Sanchez. Odubel Herrera had tied the game at 2-2 earlier in the game with a massive shot to right field.

It was the 25th time in his career that Hoskins either tied a game or gave the Phillies a lead with a home run. He entered the night with 55 career home runs, just for some perspective. As it would turn out, it was the second home run of the night that would prove to be the game winner for the Phillies.

The Nationals closed the gap with a Brian Dozier solo home run off reliever Pat Neshek in the ninth inning, but Neshek left the tying run stranded at third base to pick up the save (his first of the year). It was also the second game in a row won by the Phillies by a margin of one run in a low-scoring game. Hoskins was the hero of the night as a result.

Credit Vince Velasquez for decent enough of a season debut as a starter (he appeared in an earlier game in a relief appearance). The fifth starter for the Phillies allowed a two-run home run to Kurt Suzuki in the second inning but allowed just three other hits on the night with no walks and two strikeouts. There was certainly a little room for improvement, but it’s hard not to consider that a decent enough of a start to begin the season. Velasquez was pulled after five innings in favor of pinch hitter Aaron Altherr to start the bottom of the fifth inning after throwing 80 pitches.

Although Neshek surrendered a run in the ninth inning, Seranthony Dominguez, Adam Morgan, and David Robertson all did their job in getting through the later innings in relief. They combined for one strikeout each, allowed just one hit and walked none.

The Phillies moved to 7-2 with the win.