Tribe Shows Confidence in Kwan as he starts in Lynchburg 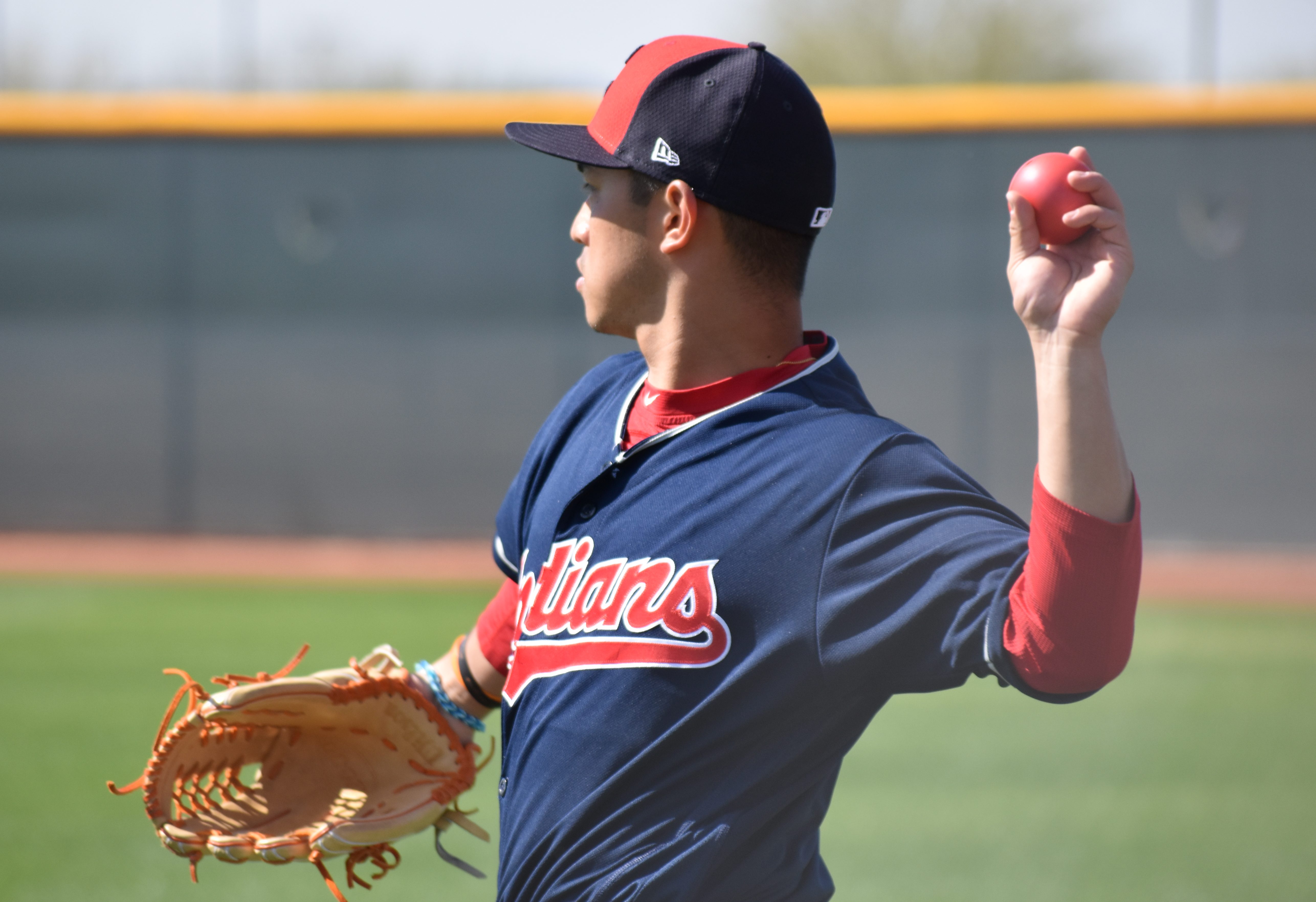 Tribe Shows Confidence in Kwan as he starts in Lynchburg

The 2018 baseball season had to have seemed like a roller coaster for Steven Kwan. His Oregon State Beavers made it to the college world series on the strength of his .355/.463/.457 batting line, but he missed the end of the season due to injury. Then, he had the positive of being a 5th round draft pick by the Indians in June, but had to spend his first two months of professional baseball on the disabled list.

Once he was finally activated for the AZL Indians 1 during the second week of August, the positive of finally being healthy took a hit on the negative as he took an 0 for his first four games once he did return to action. He ended the season on a double positive, however, as he hit .412/.512/.529 over his final nine games in Arizona, heading into a quick promotion to Mahoning Valley where he hit similarly over his final four games of the season. While the Scrappers were swept in the play-offs, Kwan still contributed with a 2/3 outing (a double and triple, plus a walk) in game one and a 2/4 game (with a double) in game two.

As variable as his 2018 season was, Kwan was certainly started off 2019 on the right path. After completing minor league spring training (10 for 25 with two doubles, five walks and a steal [stats unofficial and courtesy of @indianspro on twitter]) it was announced that he will skip Lake County entirely after just six games in short season ball on his way to his first full season in Advanced A Lynchburg.

This is an interesting move for the Indians on a number of levels. To begin, the Indians have historically been very selective about which players move more quickly than others with very few starting pitchers or position players making such a leap. In fact, over the past few seasons only Richie Palacios (also of the 2019 amateur draft) has done so among position players. Nearly all players, even the elite prospects like Nolan Jones and Bobby Bradley, have had to painstakingly work through each level a year at a time.

This puts Kwan in a position where he will not only be the newest player to the system on his team (tied with relief pitchers Adam Scott and Robert Broom), but one who has averaged three fewer years with the Indians franchise. Despite being a college junior when he was drafted, he will also be 1.5 years younger than the average player in the Carolina League.

While my experience watching Kwan was limited to his time in the AZL in 2018 and spring practices in 2019, there have been some aspects of his game that have stuck out. Starting defensively, Kwan is a pure center fielder, but still has an incredibly strong arm. He only fielded 25 balls last season and still had two assists, a number that will likely increase in the future thanks to both the strength and accuracy he possesses. He has a fine glove and good speed as well, but will not necessarily be stuck in center as some others have been due to a poor arm and/or bat.

His speed is also apparent on the bases, although he didn’t have enough time last year to really show off. He was safe on all three attempted steals between AZL and short season, but his 14 steals in 66 games for OSU is probably more indicative of his future. His aggressiveness early on in Lynchburg could be interesting as he faces a much higher level of competition than he ever has before.

Overall, this experiment with Kwan could be a very interesting one. Just ahead of Kwan in AA are Connor Marabell and Andrew Calica, two outfielders who were also college picks and have always succeeded at every level, yet have taken the slow route through the system. If Kwan can succeed, it could pave the way for a more aggressive approach to the minor league system. In a similar fashion, it will be worth keeping an eye on Ernie Clement in Akron and Ruben Cardenas in Lake County. The slow, steady approach in the minor leagues has cost the Indians dearly in the past with players like Josh Martin and Kieran Lovegrove leaving through minor league free agency and others, like Erik Gonzalez and Jesus Aguilar having issues with options forcing their exit.

Of course, this could be a unique situation as Kwan has all the tools to succeed and was held down by an unfortunately timed injury. In the past, the Indians have started many college educated players in Mahoning Valley or Lake County, but in 2018 every single draft pick began his career in Arizona. This lead to a few players being promoted nearly immediately, like Broom and Palacios, but Kwan’s injury kept him off that list. His movement straight to Lynchburg could be the Indians just trying to get him back on schedule.

Kwan was ranked as the Indians #26 prospect by BurningRiverBaseball in 2018 and the 6th best outfielder. With a solid performance in 2019, he could easily push forward on that list.