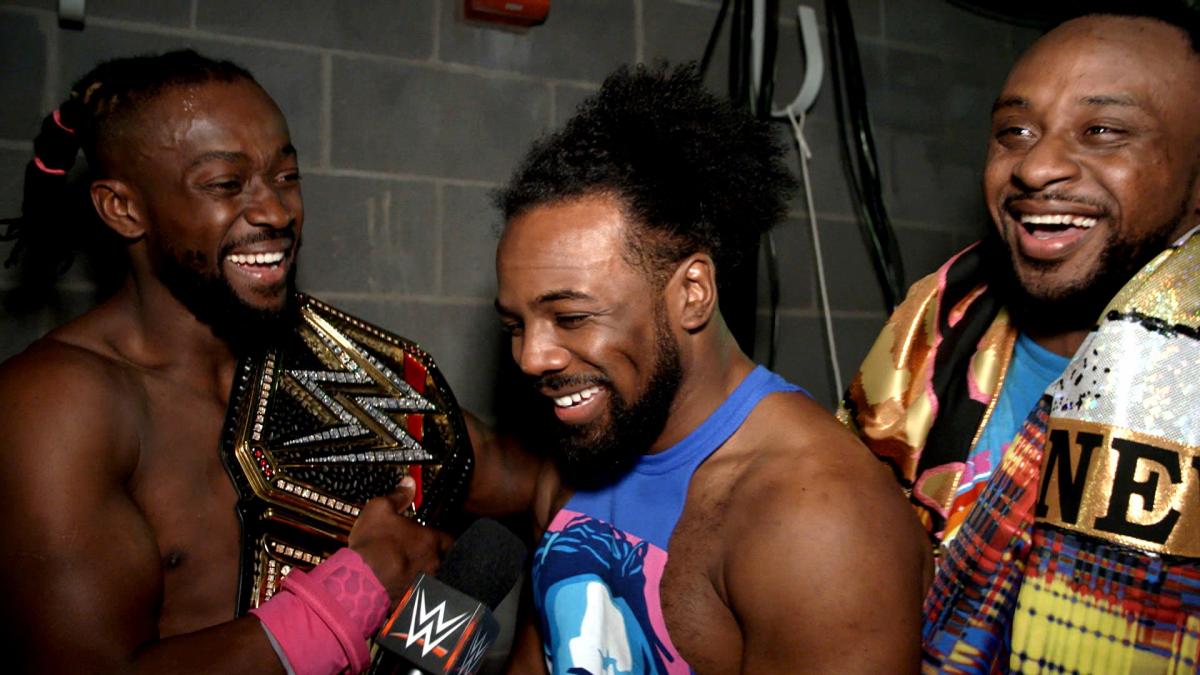 Kofi Kingston is the new WWE champion. Kingston defeated Daniel Bryan at WrestleMania 35 for the championship, which he shared in the ring afterward with his sons and his New Day teammates, Xavier Woods and Big E.

WWE caught up with Kofi, as well as Big E and Xavier Woods, backstage for an interview. Kingston was in tears when he spoke about his title win, especially when it came to his family’s involvement in the crowd, as well as in the ring after his victory.

“It just feels surreal, it feels like a legitimate dream and I’ve been trying to avoid this all day, but everyone keeps asking me how I thought I was going to react and I didn’t even want to think about it cuz I knew I was going to get really emotional.

It legitimately means the world. My dad came to WrestleMania, the first time he’s been to a WrestleMania in all this time, My brother was there, my wife was there, my kids–you saw them out there, just trying to be little WWE Superstars. It’s just surreal. I feel like I’m in a dream and I don’t want to wake up.”

This was undoubtedly the greatest night in Kingston’s career and he gave full credit to both of his New Day brothers, especially Woods, who came up with the idea of The New Day in 2014 and asked Kofi to be part of it.

It’s also surely a great moment for fans, who have always rooted for Kingston and wanted to see him have real success in WWE. Kingston’s run at the championship came when Mustafa Ali was injured and could not compete in The Elimination Chamber, which opened the door for Kofi to finally get his shot.

Since that time, Kingston has been hot and the WWE faithful has fully supported him in his bid to become the company’s top titleholder. Now that Kofi is WWE champion, he could face Bryan in a rematch or he may move on to the next challenger, though that decision will likely not come until the April 9 edition of SmackDown Live.