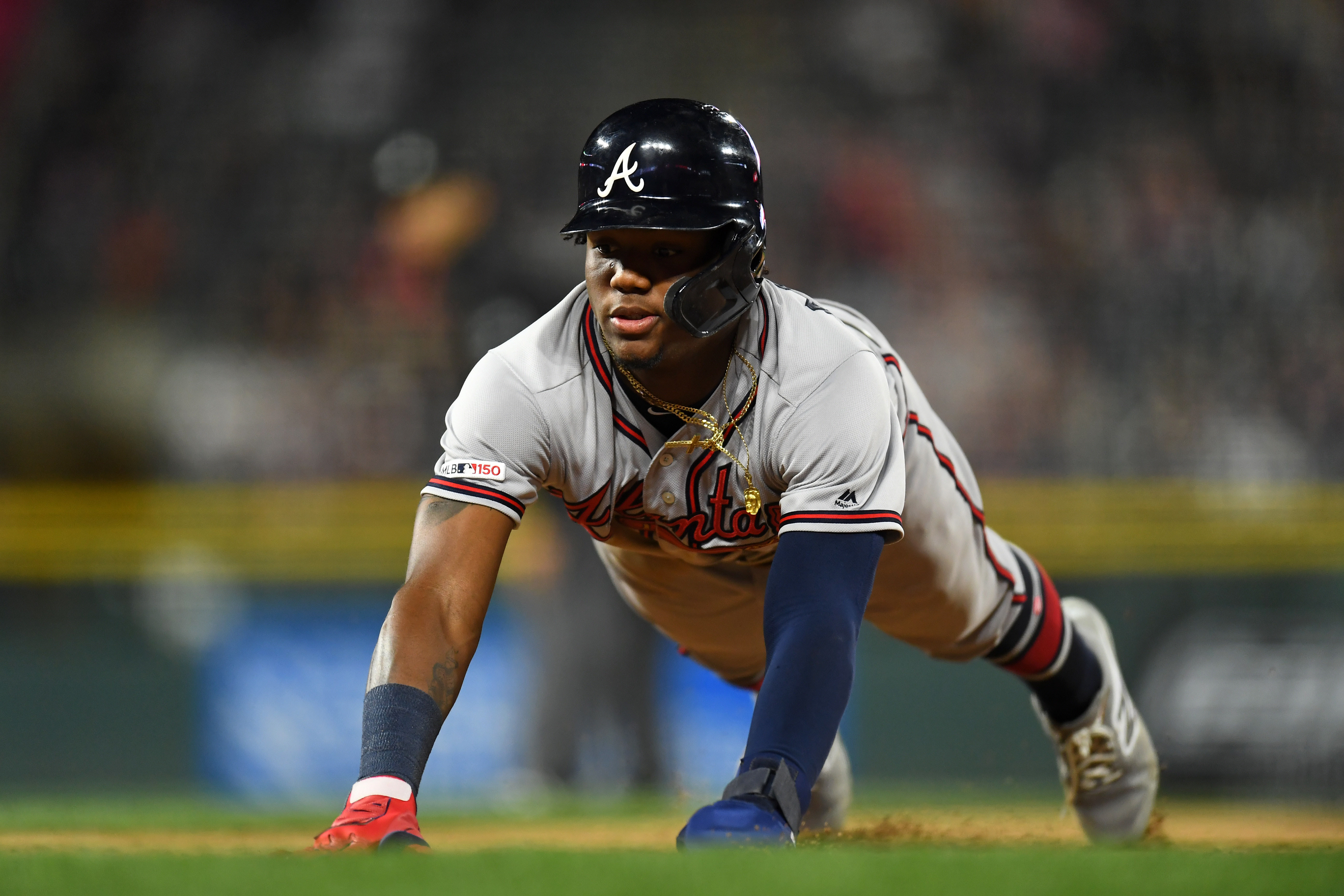 Welcome to your Morning Walk, a recap of the previous day’s events in Braves Country. Remember to follow us on Twitter for all updates. Sorry for the lack of updates the last few days. Been out with a back issue and an illness. Hopefully, that’s in the past.

A six-run fifth aside, the Braves pitching was nearly flawless. Yet, it was that inning that turned a laugher into a tight one that the Braves bullpen held onto for a victory. Julio Teheran started and through four innings, he hadn’t allowed a hit and just two walks. But then the fifth inning happened. Frst, Josh Fuentes broke up the no-hit bid with a single. Pat Valaika followed with a double and after a sacrifice fly broke up the shutout, Mark Reynolds put an exclamation point up with a two-run homer.

Teheran issued his third walk next, losing Charlie Blackmon. He was able to get the second out on a strikeout, but a base hit by Nolan Arenado extended the inning for Trevor Story, who blasted his fourth homer of the year to finish the scoring for the Rockies. Fortunately for the Braves, they kept the lead due to some early inning thunder of their own and would continue to hold onto the lead as the evening continued.

Atlanta rushed out to an early lead in this one. Josh Donaldson walked in the first and with two outs, Ronald Acuña Jr. smacked his third homer the other way to make it 2-0. For some reason, Braves media types and fans alike have thought something was wrong with Acuña Jr. since he signed his contract extension. If you looked at his Statcast numbers, it was clear he was hitting the ball extremely well. Sometimes, that will still lead to outs. Stop worrying so much because eventually, good luck shines on players as well.

The third inning rally started again with a Donaldson walk against Rockies starter Kyle Freeland with one out. Freddie Freeman nearly took Freeland’s head off with a single up the middle before Acuña Jr. was clipped by a ball inside. That loaded them for Nick Markakis, who singled to center to score a pair and make it 4-0. In the fifth, Atlanta added on with singles by Acuña Jr. and Markakis. They both came around to score on a triple off the bat of the uber-hot Dansby Swanson. A wild pitch scored Swanson. That would become an important play because of what happened in the bottom of the fifth.

Teheran only threw 78 pitches, but was lifted after fifth innings, five hits, six runs, three walks, and three K’s. The much-maligned Luke Jackson entered had a spotless sixth. He then allowed a single to open the seventh, but Jonny Venters got Blackmon to ground into a twin killing. Venters followed by allowing a single of his own, but Chad Sobotoka stranded the baserunner Venters allowed. Sobotka “hit” for himself in the top of the 8th. In truth, he stared at three pitches and took a seat. He then breezed through the 8th before A.J. Minter worked around a double to secure the save, his first of the year.

Atlanta added its eighth run in the seventh. Acuña Jr. worked a walk and went first-to-third on a single by Markakis. Swanson followed with a sacrifice fly. Acuña Jr. and Markakis each reached base four times.

Worried About Donaldson? You Shouldn’t Be

Much like with Ronald Acuña Jr., Josh Donaldson has not had the numbers many thought he would early on this year. The former MVP is only hitting .182 with a .341 OBP and one extra base knock. He nearly had his first homer last night, but alas, it came up short. But the Braves third baseman is not really struggling. He just has the worst luck right now.

Donaldson’s exit velocity has always been good. In 2015-16, his best years, he was averaging 92 mph off the bat. That’s extremely good. It fell to about 90 mph the last couple of seasons – still very good. On twenty batted balls this year, Donaldson is averaging 96 mph. That ranks among the Top 3% of the league. His launch angle is a little low, which might help explain the lack of extra base hits, but that will come. His Hard-Hit Rate of 60% is almost 15% higher than his career average. Oddly, Donaldson may be in a weird place where hits the ball a little worse (slightly lower exit velocity) and gets better results when luck turns his way.

GWI 7-2 WIN vs. Durham: Kolby Allard worked 5.2 solid frames, giving up an unearned run, in his season debut. he struck out four. Rafael Ortega, who has been hot, finished a homer short of the cycle and is now hitting .450. Sean Kazmar added his first homer of the year while Ryan LaMarre had two hits. Gwinnett is now 4-1 on the year.

MIS at Tennesee: Cancelled due to weather

FLA 7-6 WIN vs. Jupitar (10 ING): In a wild affair, the Fire Frogs first blew a two-run lead in the ninth, tied up the game to force extras, then gave up a run in the top of the 10th, and scored two to walk it off in the bottom half. After Jupitar scored with help of the baserunner-starting-on-second rule, the Fire Frogs got their own chance to take advantage of the rule. Riley Delgado ran for Drew Lugbauer and quickly reached third on a wild pitch. After Rusber Estrada struck out, Brett Langhorne and Riley Unroe both walked – the latter intentionally. That set up Zack Soria, who singled in front of Victor Victor Mesa to chase home both Delgado and Langhorne for the win. Earlier in the game, Estrada hit his first homer of the year and Izzy Wilson swiped his first base. Florida improved to 3-2.

ROME 7-4 LOSS at Columbia: Odalvi Javier struck out five over four innings, but Alan Rangel didn’t have it Monday night and surrendered four runs, three earned, in two innings. The defense did the Rome Braves few favors as they committed five errors, including two on the 18-year-old Carlos Paraguate. Rome banged out nine hits, including three by Andrew Mortiz and two each by Justin Dean and Logan Brown. A 35th-rounder last year and son of Kevin Brown, Logan has made his two starts this season count with a homer in his first game and four RBIs in this one. Rome fell to 1-4 on the year.

-About that Sobokta at-bat in the eighth, many people were upset about it at the time, but not me. The options were pretty minimal for the Braves. If you double-switch Sobotoka in the 7th, you don’t like your choices. You either remove Ender Inciarte, taking out your best defensive option in Coors Field’s cavernous center field, or you remove Dansby Swanson, who is hitting everything and also providing great defense. If Tyler Flowers was right, you could have doubled switched with him, but Atlanta rightfully doesn’t want to push him back ahead of schedule. And had you pinch-hit for Sobotoka, you would have wasted him for one high-leverage batter and needed yet another reliever in the first game of a series at Coors, where you likely will need to call on your whole bullpen to get through the series. I’m no Brian Snitker apologist, but it was the right call.

-In the second game of the series, the Braves will send Max Fried, fresh off a career game, against German Marquez. Like Ronald Acuña Jr., Marquez is fresh off a new contract extension. He’s dominated both Florida teams in two starts to open the season. He faced the Braves twice last year, including an early April game where he couldn’t grip the ball much and walked six batters, losing 8-3. In mid-August start was much more indicative of the pitcher he is. In that one, he went seven innings, allowing two runs and striking out five. He out-pitched Anibal Sanchez that night.

-We’ll finish up with a weird little moment from last night’s game. Tony Wolters sent a pop-up to the left side in foul territory. Both Josh Donaldson and Dansby Swanson gave chase. At the last second, Donaldson gave way to Swanson, who dived and made the catch. Watch the video below. Someone looked uphappy.