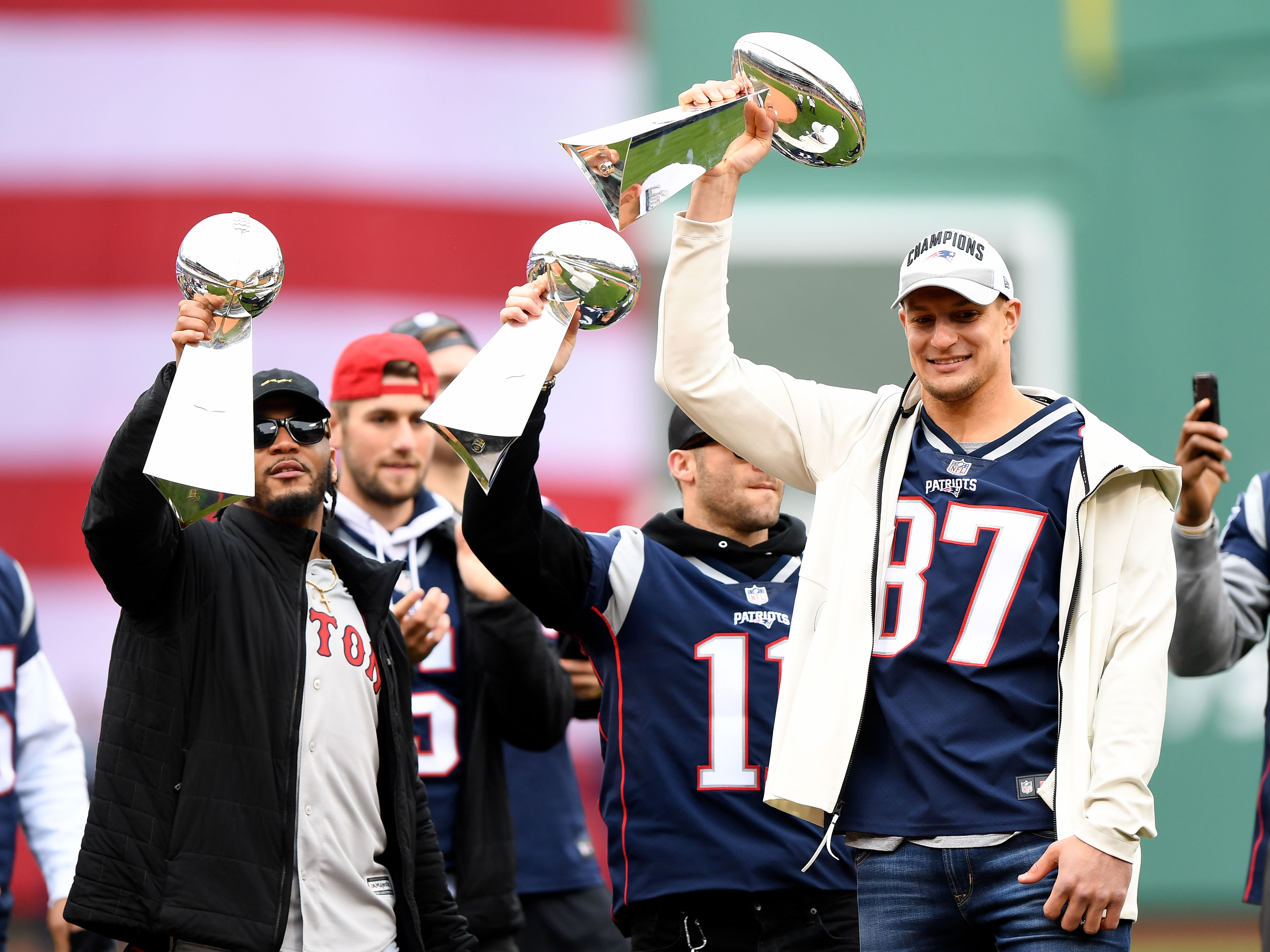 The New England Patriots were won their sixth Super Bowl in franchise history back in February, and the team was honored at Fenway Park before the Red Sox’s home opener as a result.

It was no surprise that Rob Gronkowski led the charge, as one of the greatest tight ends in NFL history recently announced his retirement. Joining him was Stephon Gilmore, Julian Edelman, Jason McCourty, Patrick Chung and Duron Harmon. The Patriots took the field before the game at Fenway, with Gronk leading them out there, as you can see below.

David Ortiz was there as well.

Tom Brady was not in attendance, which was unfortunate, as we would’ve loved to see this epic moment from two years ago recreated.

Gronk, still in WWE form, stole Tom Brady's jersey and ran around Fenway Park with it until Brady tackled him. pic.twitter.com/rObxJs7fvh

Still, it was quite the day, as both the Red Sox and Patriots are coming off title wins in the same year.