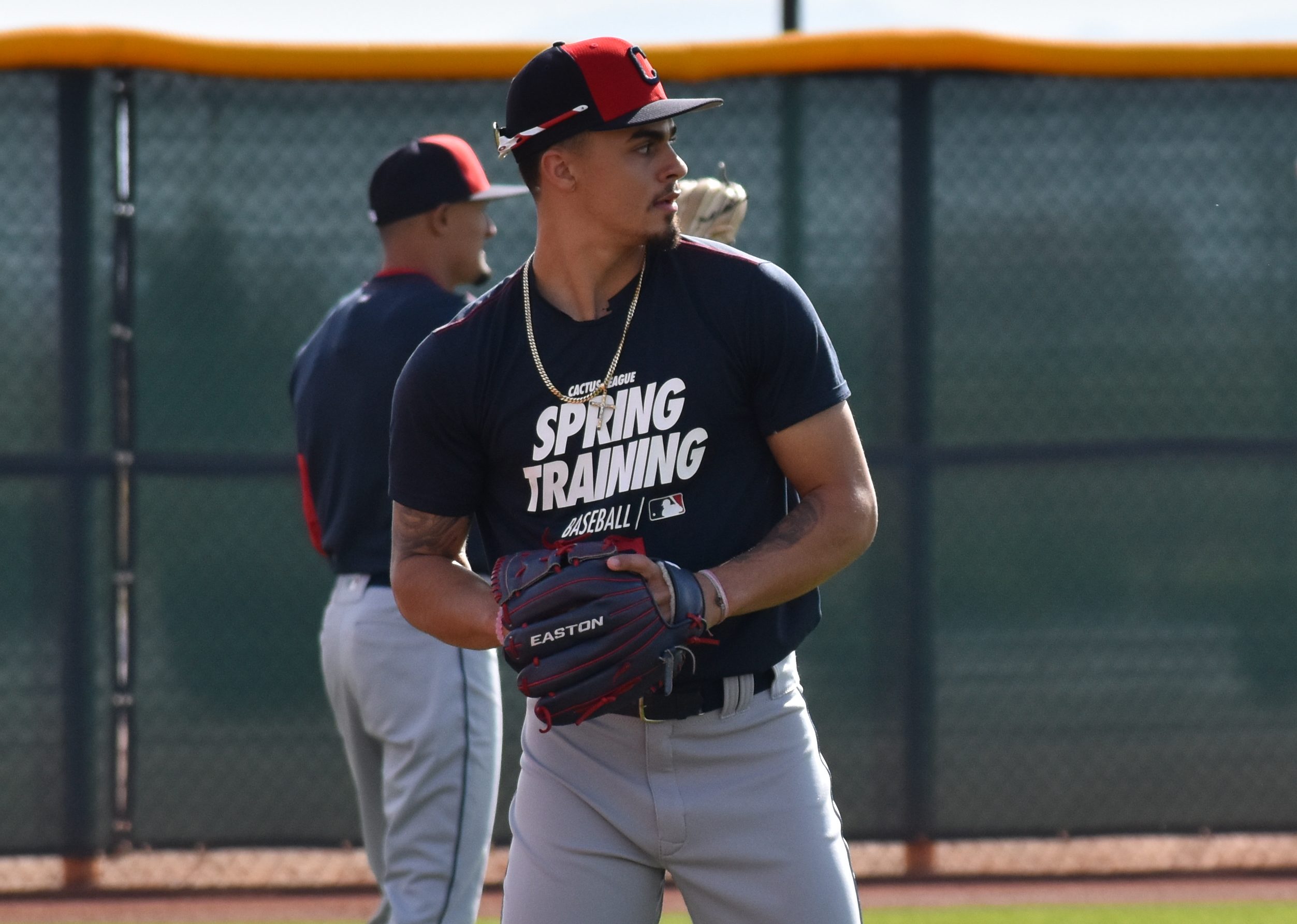 If you’ve ever wondered what the players who will be Mahoning Valley Scrappers and Blue or Red Arizona League Indians in 2019 do during the first two months of the season, it isn’t just loaf around and play Fortnite. No, instead those players in addition to some who will play for the Dominican Summer League Indians and some who are injured and rehabbing will be training and playing unofficial games without pay in the desert at the Indians Goodyear, Arizona spring training facility.

While the majority of emphasis is on practice, the Indians have a full schedule in April and May, playing every Monday, Tuesday, Wednesday and Saturday from April 10th through June 1st. The Indians will be split into two teams (blue and red, like in the AZL) and will play nearby teams, specifically the Reds (who share the Goodyear complex), Brewers (who play at Maryvale in Phoenix), Dodgers and White Sox (who play at Camelback Ranch in Glendale). All games will start at 10:30 AM and are considered unofficial as some funky things can happen including multiple designated hitters, rolled innings (ending an inning after a pitch count rather than three outs) and line-ups that are more guidelines than set orders.

While many of the Indians top young prospects made the leap to Lake County or even Lynchburg after playing in the AZL last year, there are still quite a few big names hanging around Goodyear for extended. Among those are starting pitchers Ethan Hankins and Lenny Torres, who barely got their careers started in the AZL last year after missing all but the last week of the season in 2018. This is essentially a fresh start for both high caliber pitchers as they begin their first full season in good health.

Left hander Yeffersson Yannuzzi and right handers Jose Oca and Sergio Morillo are three other interesting pitchers, all of whom pitched in the AZL last year after coming up through the DSL. All five of these pitchers have a decent chance of jumping to Mahoning Valley with a strong extended spring after gaining some experience last season. Of those coming up from the DSL, Roberto Hernandez is the most interesting and was ranked #66 in BurningRiverBaseball’s 2018 prospect rankings.

While many of the top relievers from the 2018 short season squads have already been promoted (some multiple times), there are still a few hot names left in extended. This includes left handed relievers Jake Miednik, Kellen Rholl, Tim Herrin and Matt Turner, all of whom had great seasons in 2018. Of these, only Turner was drafted prior to 2018, but all have a good shot to go straight to Mahoning Valley once their season begins.

Valera hits a double down the right field line for the Captains during a 2019 spring training game. -Joseph Coblitz, BurningRiverBaseball

Looking into the position players, my personal excitement revolves around those I have either never seen or seen very little of to this point. This means those who were elite performers on the 2018 DSL Indians, particularly Alexfri Planez (who played well in 2018 extended spring before dominating in the DSL at 16 years old), Jhonkensy Noel and Jesus Maestre as well as those who missed 2018 with injury like Aaron Bracho and George Valera.

Assuming Noel and Maestre will be up alongside Bracho, the extended Indians infield is incredibly stacked. Brayan Rocchio is staying behind for now (probably due to age, not talent) as are Raynel Delgado, Connor Smith and Makesiondon Kelkboom. This could provide for a truly electric infield defense not to mention the offense supplied by Delgado, Rocchio and Noel.

In the outfield, Valera will be the star, but Pablo Jimenez and Korey Holland each showed promise last year and it was somewhat of a surprise that Billy Wilson and Jon Englemann weren’t promoted to Lake County after finishing the season with Mahoning Valley last year. That pair are likely to be the first two up to Lake County should someone get hurt, cut or promoted to open a spot. Miguel Jerez doesn’t have the defensive flair of those two, but shouldn’t be far behind them after his off the charts offensive performance in 2018.

In all, there will be a huge amount of talent in Goodyear this April and May that will be coming to Ohio in the very near future. I will personally be attending as many games as possible. For in season coverage, check BurningRiverBaseball.com every Thursday (starting 4/18) for weekly updates and follow me on twitter @BurningRiverBB for more timely information and pictures.