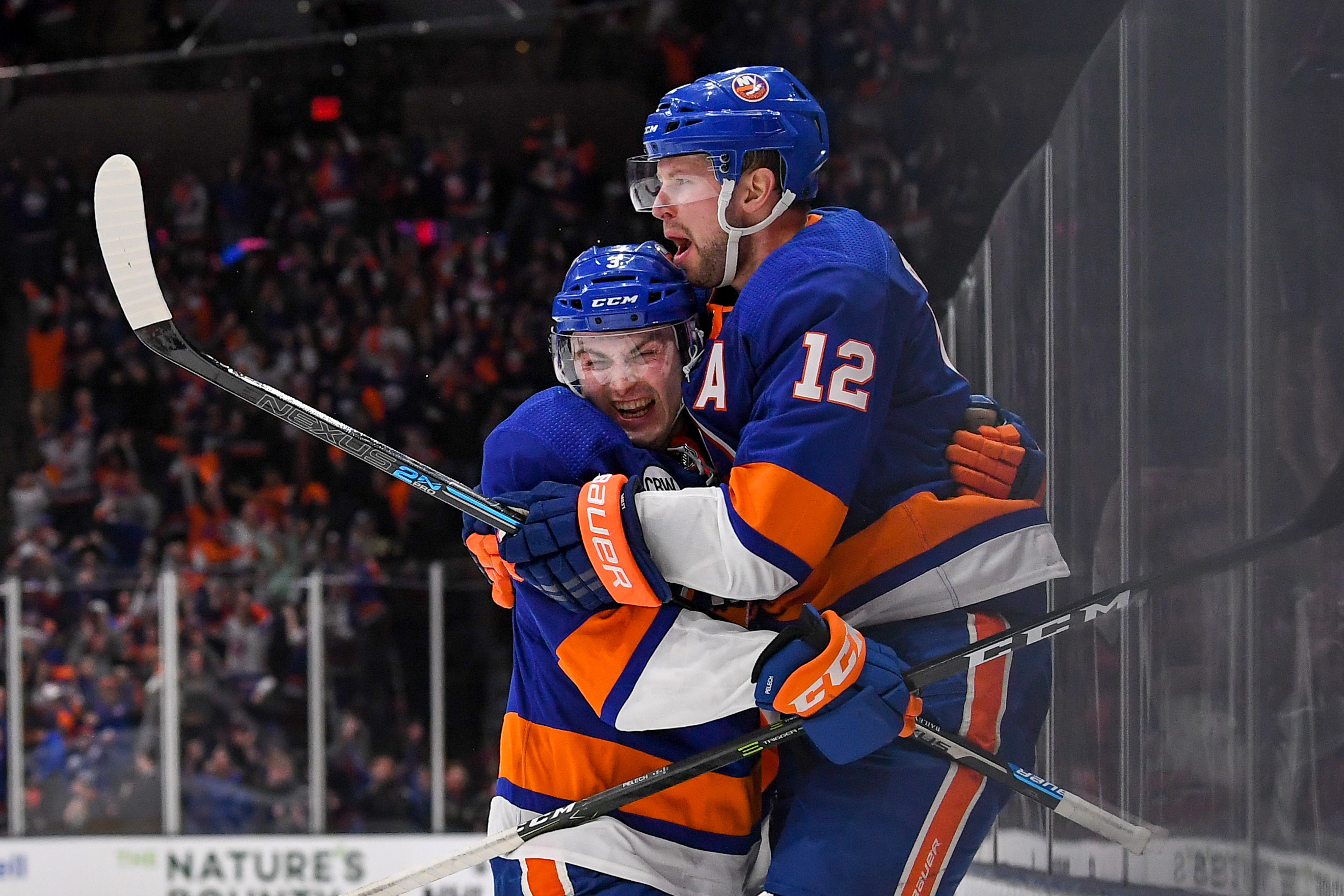 UNIONDALE, N.Y. — It was as if time stood still for Mathew Barzal in overtime of his first Stanley Cup Playoff game.

The puck on his stick and all the time in the world to shoot as he stood mono e mono with Matt Murry just under five minutes into the overtime period of Game 1 against the Pittsburgh Penguins. Barzal’s shot clanked off the iron, but Josh Bailey was there to put back the rebound and give the Islanders a 4-3 win, and a 1-0 series lead against Pittsburgh.

“It worked out well for me, anyway, because I was a little ways back and tired,” Bailey said about the play. “Just trying to catch up and Barzy found a way to almost seal it himself. Then we got a good bounce and I was able to put it in.”

The Islanders celebration was briefly interrupted as the officials reviewed the play — the third review of the night — but quickly rejoined the euphoria after the refs announced it was a good goal.

It was a fitting end to a chaotic evening that saw the Penguins and Islanders combine for five goals, featured three different goal reviews and saw Pittsburgh tie the game at three with just 1:29 left in regulation and their netminder pulled. To add to it all, Bailey nearly won the game for the Islanders on a last-second shot that went off the post.

“You can’t get down on yourself in those situations,” Bailey said about the missed chance in the third. “Obviously you want it so bad and when it happens you have to find a way to turn the page. I think that’s just got easier with time.”

The sentiment could be used for Wednesday’s opening game as a whole. The Islanders, who were outshot in all three periods as well as overtime and let leads slip away in the first, second and third periods, managed to battle through it all and grab the win.

Robin Lehner gave them a strong performance, despite allowing three goals, and the Islanders defense stepped up when it needed to. They blocked 17 shots in the win and limited the Penguins scoring opportunities.

“They’re dangerous all the time. It doesn’t look like anything is happening and then they bust someone free,” Islanders coach Barry Trotz said about the Penguins. “And they convert on that and you just need to stay with it. Understand that they strike quickly and they can turn those seemingly nothing plays into something.

“They’ve got some world class players and they got some opportunities. When those opportunities come you need world-class goaltending. I thought Robin was up to the task.”

For Jordan Eberle, who had a two-point night (a goal and assist) it was just about the Islanders doing what they’ve always done in close game situations.

“We knew we needed to play the right way and continue to try and generate chances,” Eberle explained. “Just get the puck to the net. Overtime is just you shoot, you shoot. Just try and funnel pucks there and eventually one goes in.”

"They have a lot of power to bring us back up. The fans did a good job tonight and I expect it to be like that all of playoffs." @jeberle_7 #Isles pic.twitter.com/3yZAuXYdgO

The Islanders captured the lead early in the game off the stick of Eberle. The Islanders forward put the puck past Murray from right in front of the net to put his squad up 1-0.

The goal came 1:07 after Tom Kuhnhackl had a goal waved off 33 seconds into the game due to an offside call.

Phil Kessel answered with an equalizer at the 5:42 mark of the first period off a shot from the slot. The Islanders regained control of the lead when Brock Nelson scored on the power play at 15:46 of the first to make it a 2-1 lead.

A power-play goal from Evgeni in the second period evened the score again, but a Nick Leddy shot in the third gave the Islanders back their lead at 12:35. Justin Schultz’s shot with a 1:29 left in the game tied the game at three to force overtime.

Hall of Very Good 47m ago