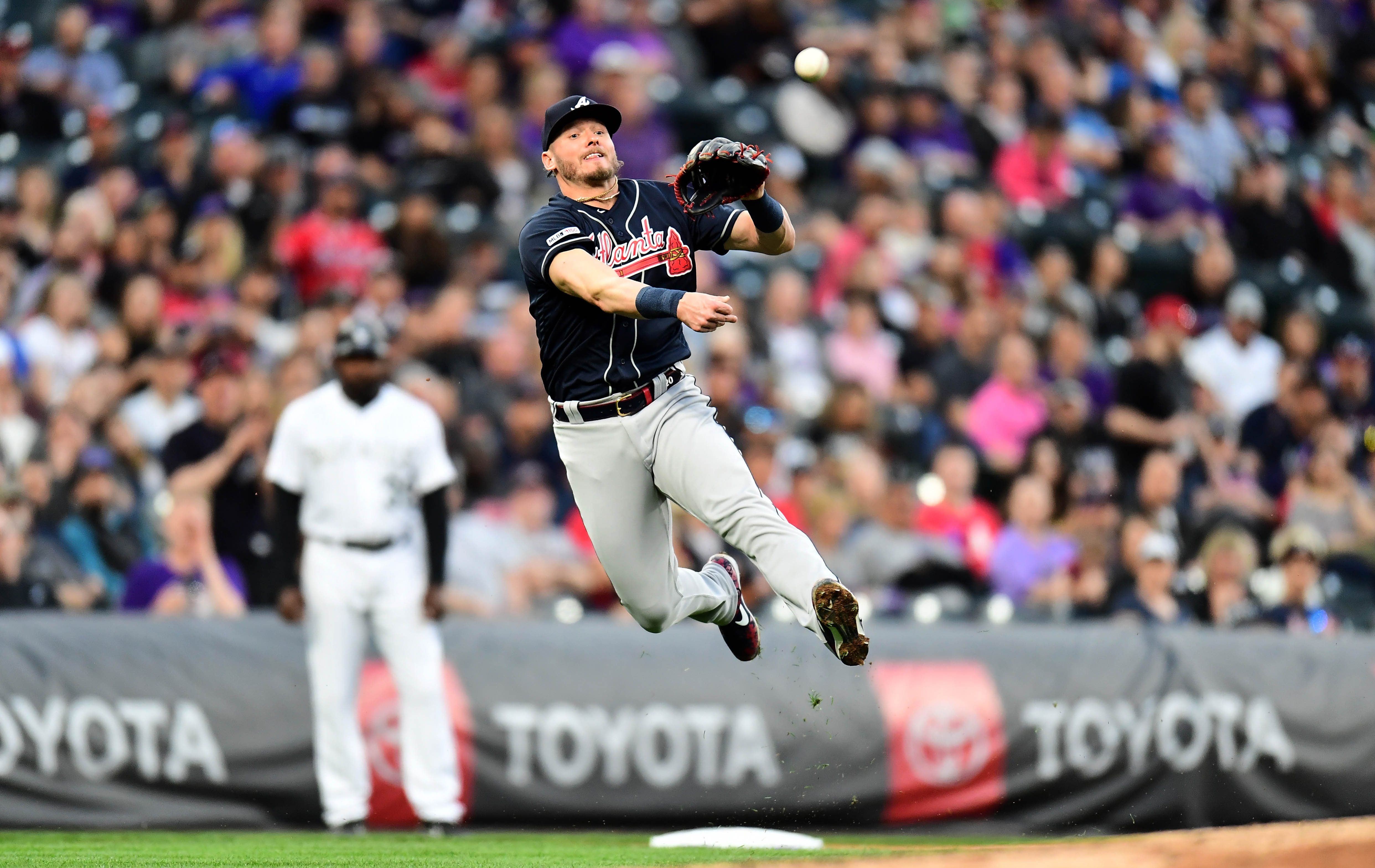 The Colorado Rockies are not at full strength, but that may not matter with how the Braves battered their co-aces in the first two games of their series. It’s also likely the only two games of the series, but we’ll get to that later. First, it was Kyle Freeland, who had tied a franchise record with 15 consecutive starts where he allowed three or less earned runs. One of the four pitchers who accomplished that feat also had an active streak heading into this series – German Marquez. Let’s go to the numbers and see how they fared.

While they don’t receive a great deal of press, these are good pitchers and the Braves scored a dozen runs off them. Combined, the duo struck out 17 Rays their last time out. They K’d just five Braves. Right now, the Braves, short of calling for Dansby Swanson to bunt at odd times, just don’t give up at-bats from 1-to-8 in the order. Even Ender Inciarte and offensive limitations can be a pesky out.

The Braves banged out twelve hits Tuesday night, including homers by Ronald Acuña Jr. and Dansby Swanson. Each were their fourth homers of the year. Josh Donaldson added a double. As did Ozzie Albies, who joined Freddie Freeman, Nick Markakis, and Acuña Jr. with two-hit games. Even Charlie Culberson, who has struggled to find at-bats with Johan Camargo ahead of him on the super utility depth chart, contributed with a pinch-hit RBI double.

Max Fried didn’t need much help, though. Just another six innings for him with no earned runs allowed. He’s up to 13.2 innings without allowing an earned run, by the way. Total, Fried has 14 consecutive innings now, which isn’t that noteworthy historically, but it’s a start. He’s done all of this, averaging a tick better in mph on his fastball over last year, which is pretty impressive when you consider he was used a reliever more often last year than a starter. So far this season, hitters have an expected wOBA against his heater of .271. Against his curve, it’s .145. Good luck with that, National League.

The Rockies probably wouldn’t have even scored if the Braves didn’t hand them a run in the fourth. After a single and a forceout, the Rockies had Trevor Story at first when a ball skipped off Tyler Flowers’ glove. The passed ball put Story on second, where he scored easily on an Ian Desmond single. Desmond made it to third with only one out after Fried air-mailed a pickoff attempt, but Fried got out of the jam and went two more innings of one-run ball.

The bullpen followed up four scoreless innings in Monday’s game with three more scoreless frames. Luke Jackson and Chad Sobotka worked back-to-back games. Jackson gave up a single and a walk, but also struck out the side. Sobotka cruised through the eighth with two strikeouts. Jesse Biddle walked the leadoff batter, as Braves pitchers are prone to doing, but retired the next three on a pair of grounders and a strikeout.

Tyler Flowers returned to the lineup and we saw our first real change to the lineup since opening day. While fans – and this Braves blogger – still grumble about Inciarte leading off, Dansby Swanson is no longer hitting eighth. Well, at least, he wasn’t Tuesday night. He had moved up the order with Alex Jackson in the lineup, hitting sixth with whomever wasn’t leading off between Ozzie Albies and Inciarte following. Flowers hit eighth, just like Jackson did in his two starts.

It’s hard to deny what Swanson has been doing to this point. After a blistering hot spring, Swanson has hit .324/.419/.765 to open the year.

So far, the Johan Camargo experiment hasn’t gone quite the way we all thought. Many articles were written on how to get Camargo 400 or even 500 ABs during this season despite the “demotion” to Super Utility player. Eleven games in, though, Camargo has just 17 PA. At this rate, he’ll get only about 250 PA for the year.

Now, obviously, that will change as regulars get more time off due to the grind of playing every day. But finding at-bats for Camargo should be a priority. Part of the difference between a simple utility player and a super one is just the bulk of opportunities the latter gets. Hopefully, we see Camargo back in there soon.

Another guy looking for chances is Charlie Culberson. Camargo’s move to Super Utility Player relegated Culberson to a lower spot on the depth chart. So far, he’s played just four times, coming to the plate once each game. Gotta imagine Brian Snitker wants to find a way to get last year’s Tenth Man in the lineup more.

GWI 3-0 loss vs. Durham: Jake Faria and four Bulls relievers combined for a four-hitter against Gwinnett on Tuesday. For the Braves, the more important result was that Mike Foltynewicz went 61 pitches, struck out five, and got through the outing unscathed. Adam Duvall picked up his third double and is only hitting .250 with a .655 OPS. Jacob Webb and Dan Winkler each worked a scoreless frame.

FLA 5-2 loss vs. Jupitar: William Contreras blasted his first homer of the season and is now hitting .294 with a .871 OPS, but it wasn’t enough to help the Fire Frogs stay in this one. Huascar Ynoa was his typical flashy, but inconsistent self. Limited to 75 pitches, he only made threw 3.1 innings, striking out four and walking two. He also hit a batter, threw two wild pitches, and committed a balk. But Jupitar could manage just three singles off him and only one run. Troy Bacon took the loss, allowing a homer in his three innings of work. Jefrey Ramos went 2-for-4, also hitting his first homer.

ROME Postponed at Columbia: Rescheduled for 5/12.

-If the Braves do as expected and activate Foltynewicz for his next start, the next games for Sean Newcomb and Kyle Wright could be deciding factors as to who sticks in the rotation and who heads to Gwinnett.

-Josh Tomlin pitched on March 30. He has not worked in a game since.

-If by some stroke of luck the Braves and Rockies get the third game of their series in, we’ll see Kevin Gausman make a start in his home city against Jeff Hoffman. A potential bomb cyclone will hit Denver today. To be honest, as you read this, the Braves should be on a plane back to Atlanta. Otherwise, they could be stuck in Denver for the day.