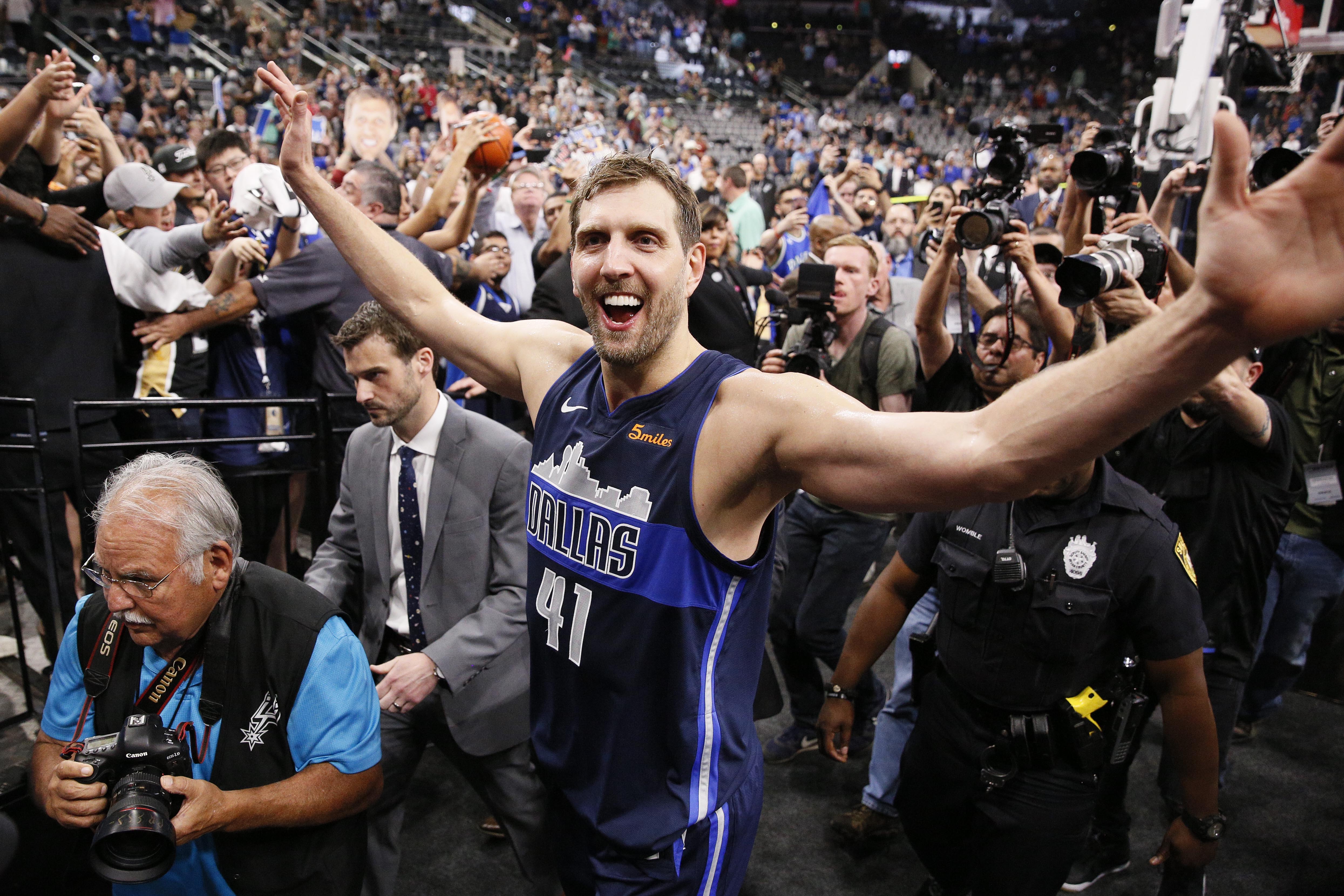 Mavericks big man Dirk Nowitzki, like Dwyane Wade, played in the final NBA game of his career on Wednesday night, but still received plenty of love from Spurs fans at AT&T Center.

Nowitzki has drawn respect from fans around the league, as well as players, which is why the Spurs gave him this awesome tribute video.

A very emotional Dirk Nowitzki after watching a video tribute before his final NBA game tonight in San Antonio pic.twitter.com/dUGM2wqG7k

The best part of Nowitzki’s performance was when he received the ball near the top of the key, with roughly 50 seconds remaining in the game. That’s when he pulled up for his signature fadeaway jumper and drained a shot for the final two points of his NBA career.

Dirk finished the game with 20 points on 8-of-21 shooting.