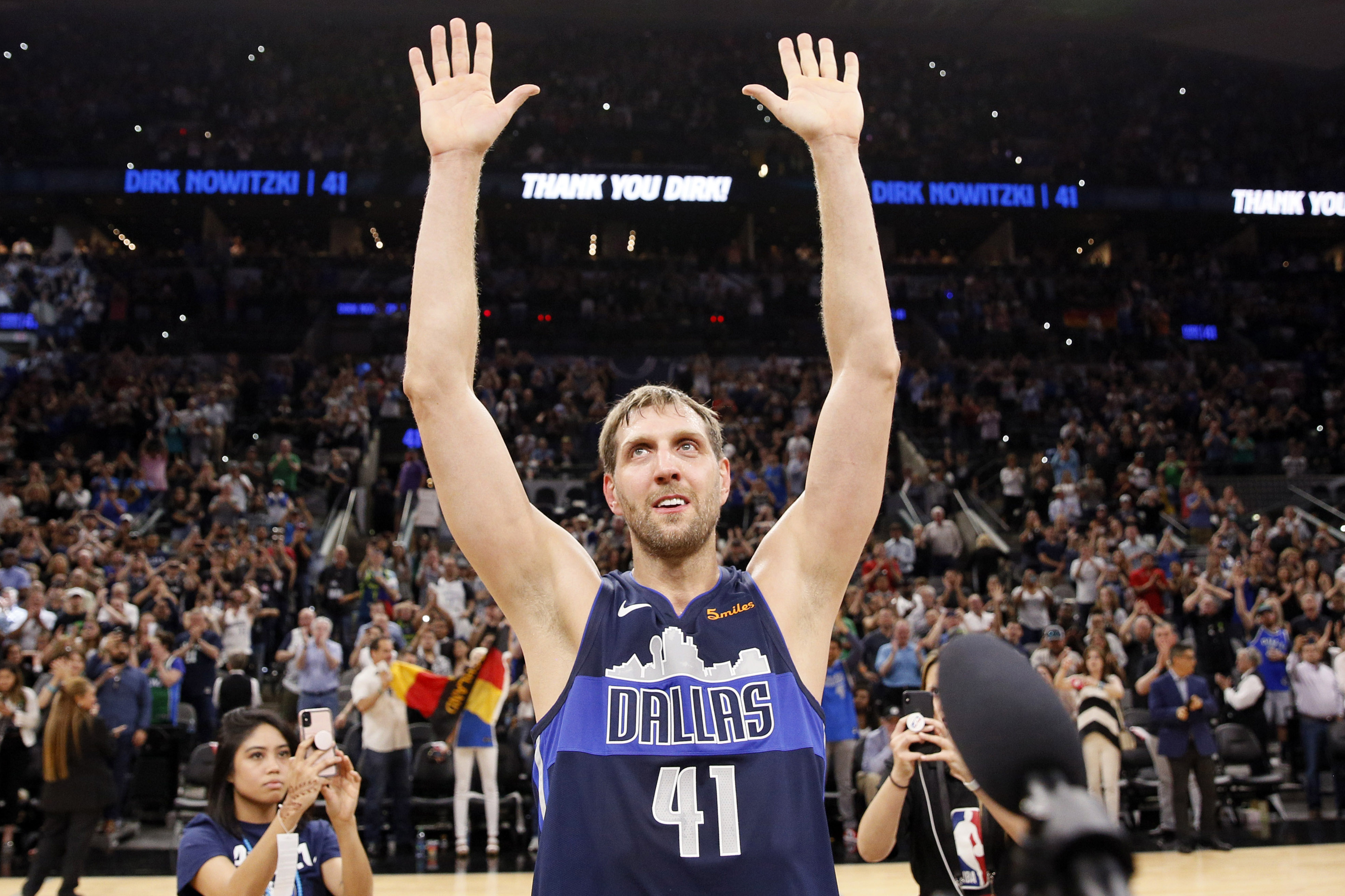 Mavericks legend Dirk Nowitzki played in the final game of his NBA career on Wednesday night, and he celebrated accordingly.

Nowitzki turned back the clock and dropped 20 points in the loss to the Spurs, but he knocked down some beautiful shots, including a signature fadeaway jumper from the top of the key in the final minute of the game.

Dirk's last shot ever — what a career 🙌 pic.twitter.com/LbXiIbXqJV

Apparently, Nowitzki hit the bar to celebrate after the short trip back from San Antonio. He hit up a pizza/beer bar, Bottled Blonde, in Dallas, with some of his closest friends and family members to officially wrap up his NBA career. Check out the video below.

[Update: The video of Dirk and friends at Bottled Blonde has since been removed by the initial publisher, so head over to Sports Gossip to watch it.]