Game 1 sets up plenty of excitement for Isles-Pens series 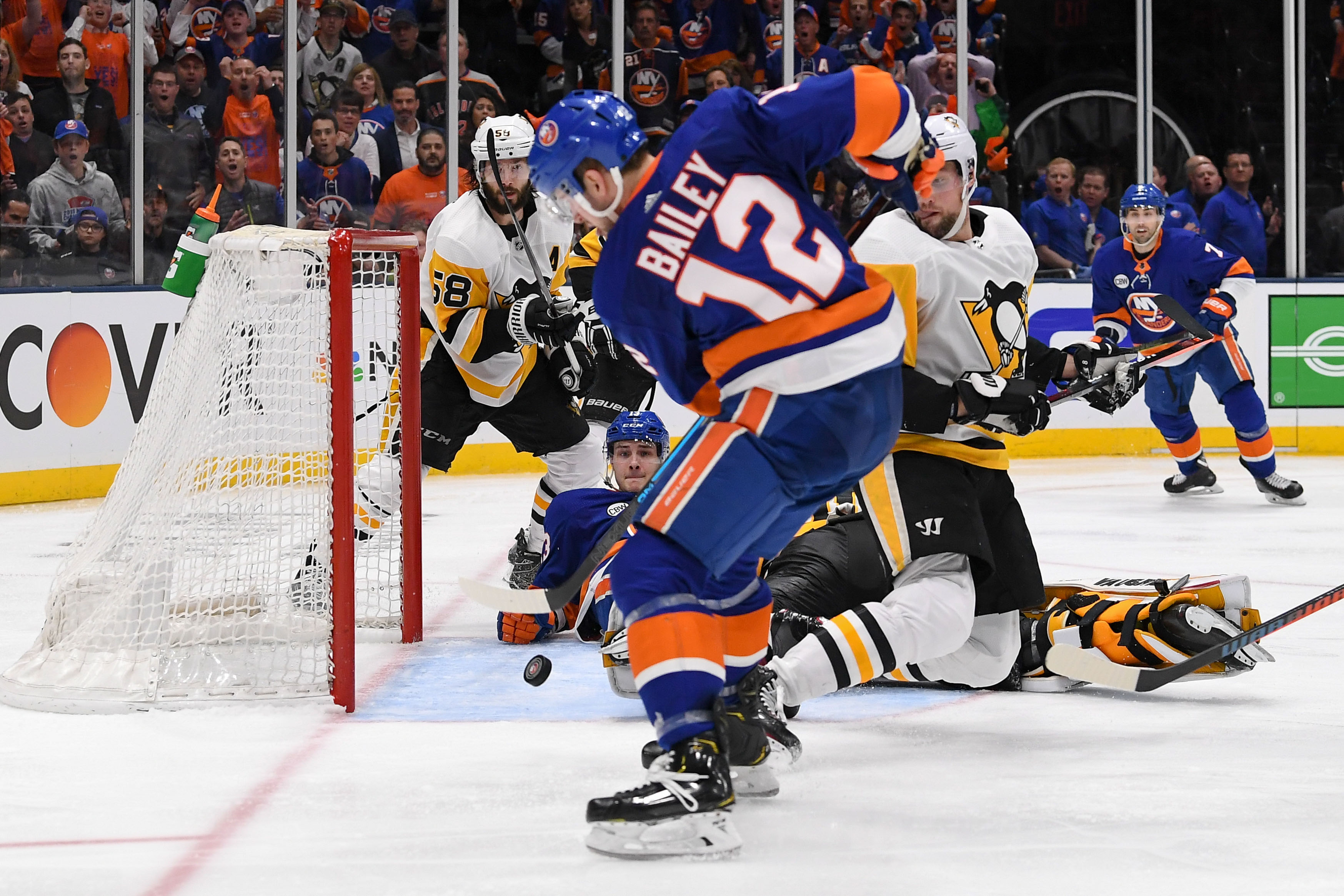 Game 1 sets up plenty of excitement for Isles-Pens series

UNIONDALE, N.Y. — If Game 1 between the Islanders and Pittsburgh Penguins was just a taste of what’s to come in this series, it’s hard to imagine what else we could be in store for.

There wasn’t much more a hockey fan could have asked for out of the first game in the best-of-seven series. The roller coaster ride started right out of the gate with Tom Kuhnhackl scoring 33 seconds into the game before it was wiped away because of an offsides call after a painfully extensive review.

The jubilation returned to the Nassau Coliseum 1:07 later when Jordan Eberle scored (and it counted) to give the Islanders the early lead. The game was physical, back and forth and filled with drama.

Kuhnhackl had another goal waved off, the Penguins tied the game with less than two minutes remaining in the game and their goalie pulled and Josh Bailey nearly won the game with just seconds left in overtime.

Then Bailey finally did score to win the game in overtime.

“It was a heck of a game,” Mathew Barzal said. “If the series is going to be like that it’s going to be an enjoyable series for the fans, I’ll tell you that. It was a back and forth game. It was fun to be a part.”

And it was a fun game to watch. Whether it was from the stands or up high in the press box, the game did not disappoint to live up to the hype that had been building up over the last few days.

The Nassau Coliseum rocked for a majority of the 60-plus minute affair on Wednesday night.  The crowd arrived early, like that had done in the past, and raised the decibel level to start the game.

It was an incredible atmosphere for Game 1, even if Barry Trotz felt the fans second-period effort could have used some work.

“Fans were into and we were fortunate enough to get the win in overtime, and send everyone home happy.”

The Islanders and Pens will have a day to regroup before they jump back into the madness on Friday for Game 2. After the craziness of Wednesday night, it’s hard not to get excited about what could be in store for Friday at Nassau Coliseum