Jordan Binnington stole the show in Game 1 against the Jets 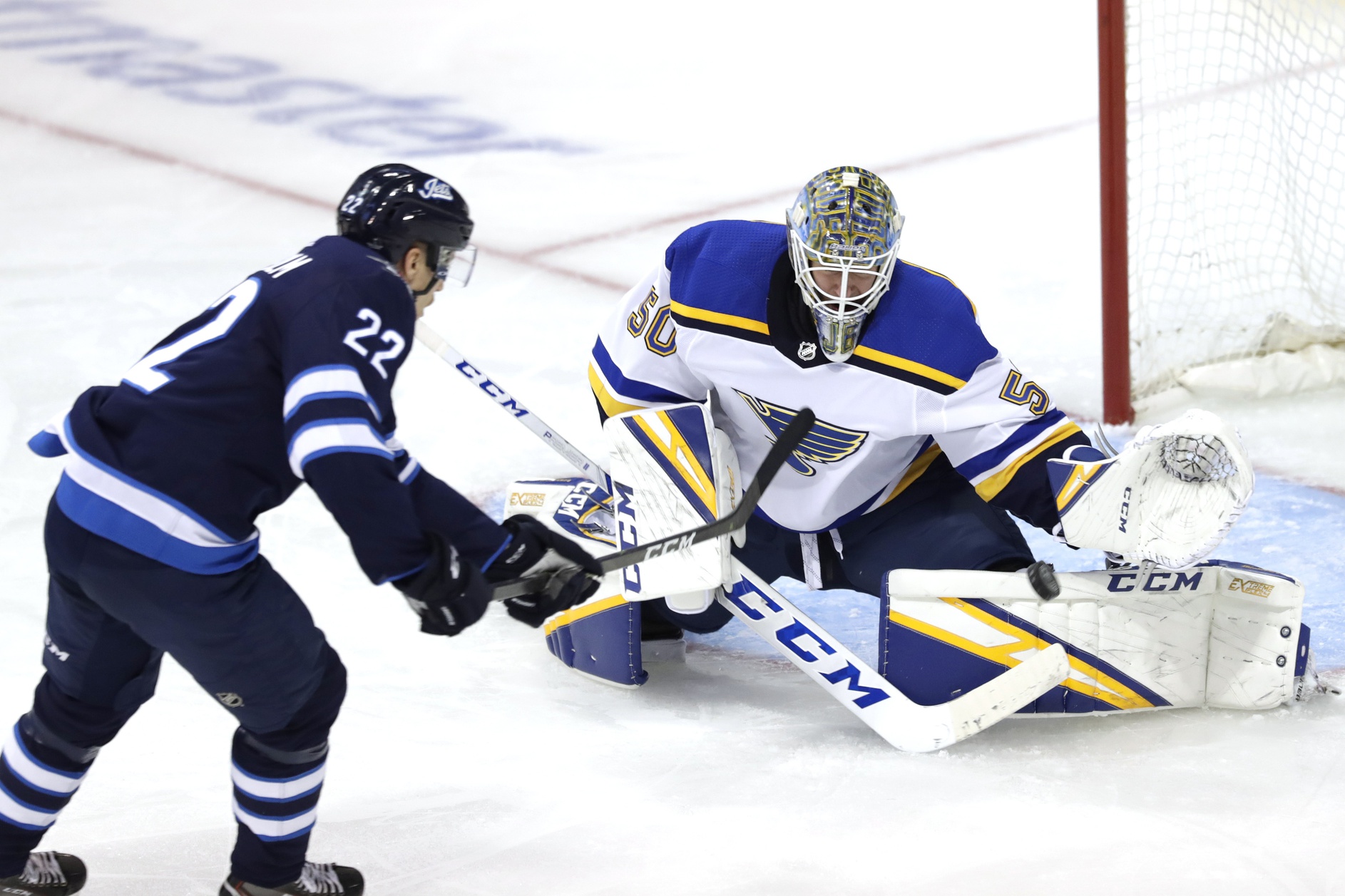 Jordan Binnington stole the show in Game 1 against the Jets

The St. Louis Blues grabbed a Game 1 victory against the Winnipeg Jets thanks to a nifty goal from David Perron, relentless determination from Tyler Bozak and some outstanding goaltending from Jordan Binnington.

That last point, Binnington’s play in the crease, deserves to be highlighted. On a day in which some reporters tried to expose some old Tweets that proved to be not worthy of a story, Binnington stood tall and held on to his unwavering resolve. He was knocked over by Mark Scheifele. He also allowed the series’ first goal to Patrik Laine. Those bumps in the road could have unraveled a rookie goaltender.

Instead, Binnington maintained his high level of confidence and rattled off some great saves. The best was a final-minute pad save on Scheifele, the same player who ran him over earlier in the game.

NHL teams don’t need their goaltenders to be perfect to succeed. They just need to find a goalie who can rise up and make a critical save with the game on the line. That point has been one of Jake Allen‘s biggest criticisms. Here, Binnington checked off that box with two or three monstrous saves that both kept the Blues in the game and then preserved the victory.

Binnington ended Game 1 with 24 saves on 25 shots. His play stole the show in Game 1 despite the off-ice distractions. It’s too early to make any firm assessments of conclusions, but have the Blues finally found a playoff goaltender they can count on?