New York Mets' bullpen has been a complete mess 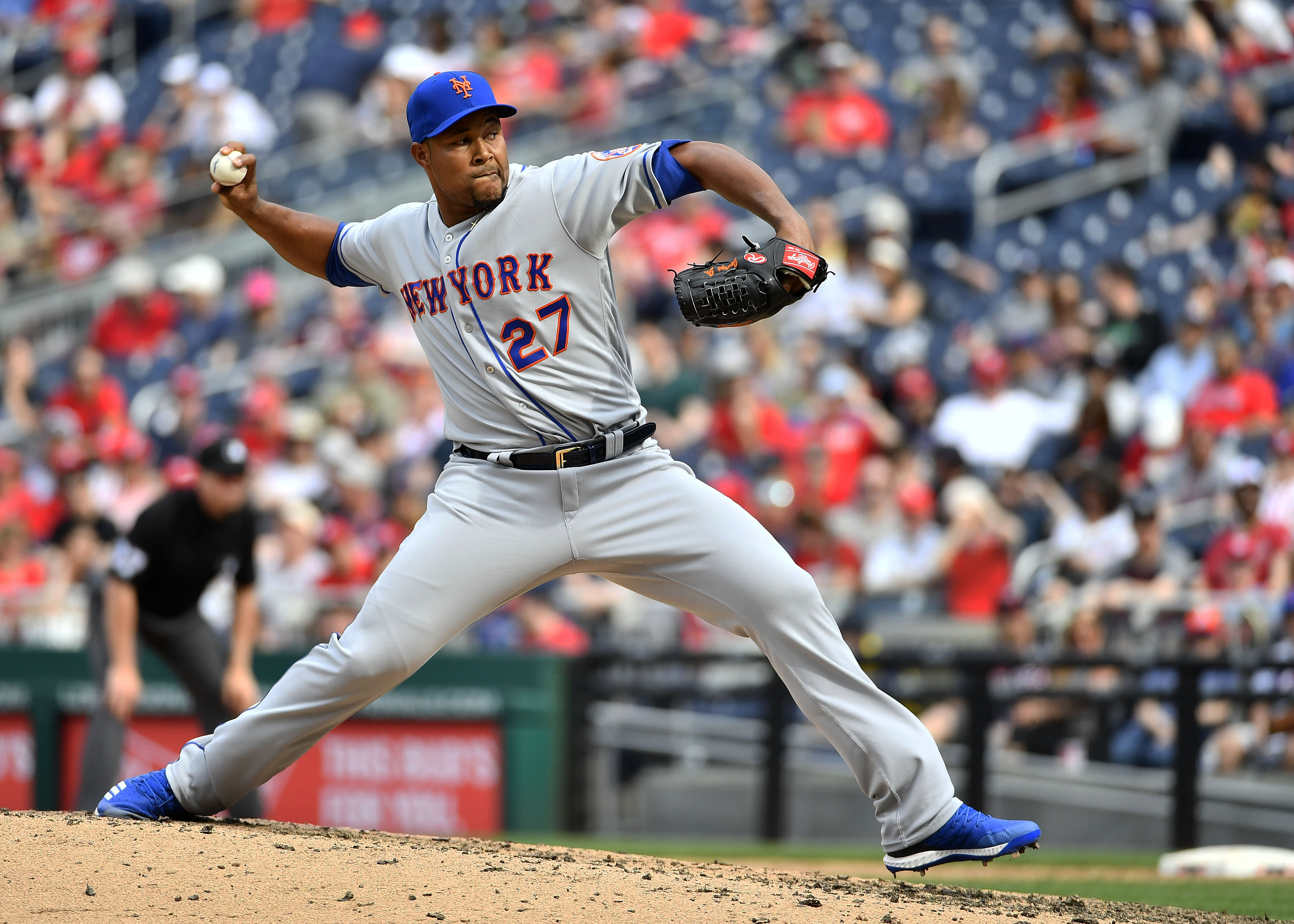 New York Mets' bullpen has been a complete mess

There have been a lot of bad bullpens in baseball in the early season. The Washington Nationals have a terrible one that the New York Mets hammered with regularity in their six matchups during the regular season. Atlanta has also had its own issues, which could be advantageous since the Mets head down to SunTrust Park this weekend. The bigger issue for the Mets is that, outside of closer Edwin Diaz, their bullpen has been just as big of a mess as any in baseball over their first 11 games.

Entering play today, Mets’ relievers have pitched to an ERA of 6.51, giving up a whopping 27 earned runs in 37.1 innings pitched. Opponents are hitting .304 against Mets’ relievers, who have walked 18 batters and given up 35 hits  so far this season. Diaz has been phenomenal, picking up four saves and pitching to a 1.93 ERA in his six appearances, while lefty Justin Wilson has been solid as well. Outside of those two, the Mets’ relievers have all been terrible, which is alarming since they didn’t add a ton of outside help to the unit.

Jeurys Familia was the other big acquisition and he has an ERA of 6.00, walking four batters in his six innings of work. History suggests that Familia should settle down as the year wears on, but his performance in last night’s game was particularly disturbing. Familia entered with a man on third and a 9-3 lead after Noah Syndergaard exited and promptly proceeded to give up an infield hit, a double, and a walk to the first three batters he faced. That loaded the bases for the Twins, who bailed Familia out by grounding into a double play, setting him up to escape the mess he created with a groundout.

The other relievers have also been extremely shaky. Seth Lugo, who is arguably the third best arm in the Mets’ bullpen, has an ERA of 8.10 as he has battled through an illness. Robert Gsellman has been scored upon in four of his six appearances, although his ERA sits at a decent 4.50 since three runs he gave up on Tuesday against Minnesota were unearned. Luis Avilan has also been pitching poorly, working to an ERA over 16, which is disappointing considering how sharp he looked in spring training.

The Mets can’t afford to have that many guys in their bullpen pitching poorly at once, especially when their starters outside of the top two have had issues getting deep into games. Craig Kimbrel remains a free agent, but he is unlikely to come to the Mets knowing he won’t close with Diaz around. The Mets do have a lot of talented young arms in their minor league system, with Corey Oswalt becoming the first to get a shot in the bullpen after Tim Peterson was demoted, but they need to get more production from the guys that are already on the roster.

The National League East is going to be tight all season long, and the Mets won’t be able to stay in the race if their bullpen is pitching to an ERA over six. The good news is that 11 games is a very small sample size, leaving plenty of runway for guys Familia, Gsellman, and Lugo to get back on track. The risk the Mets ran by not adding another elite arm to the back end of their bullpen was that guys like Gsellman and Lugo, who had success in their first years as relievers in 2018, could regress and expose a lack of depth in the unit. You can bet that GM Brodie Van Wagenen is exploring his options to improve the unit, but for now patience is probably the best bet for the Mets.