2019 NBA Playoffs: Three things to watch for in Sixers vs. Nets 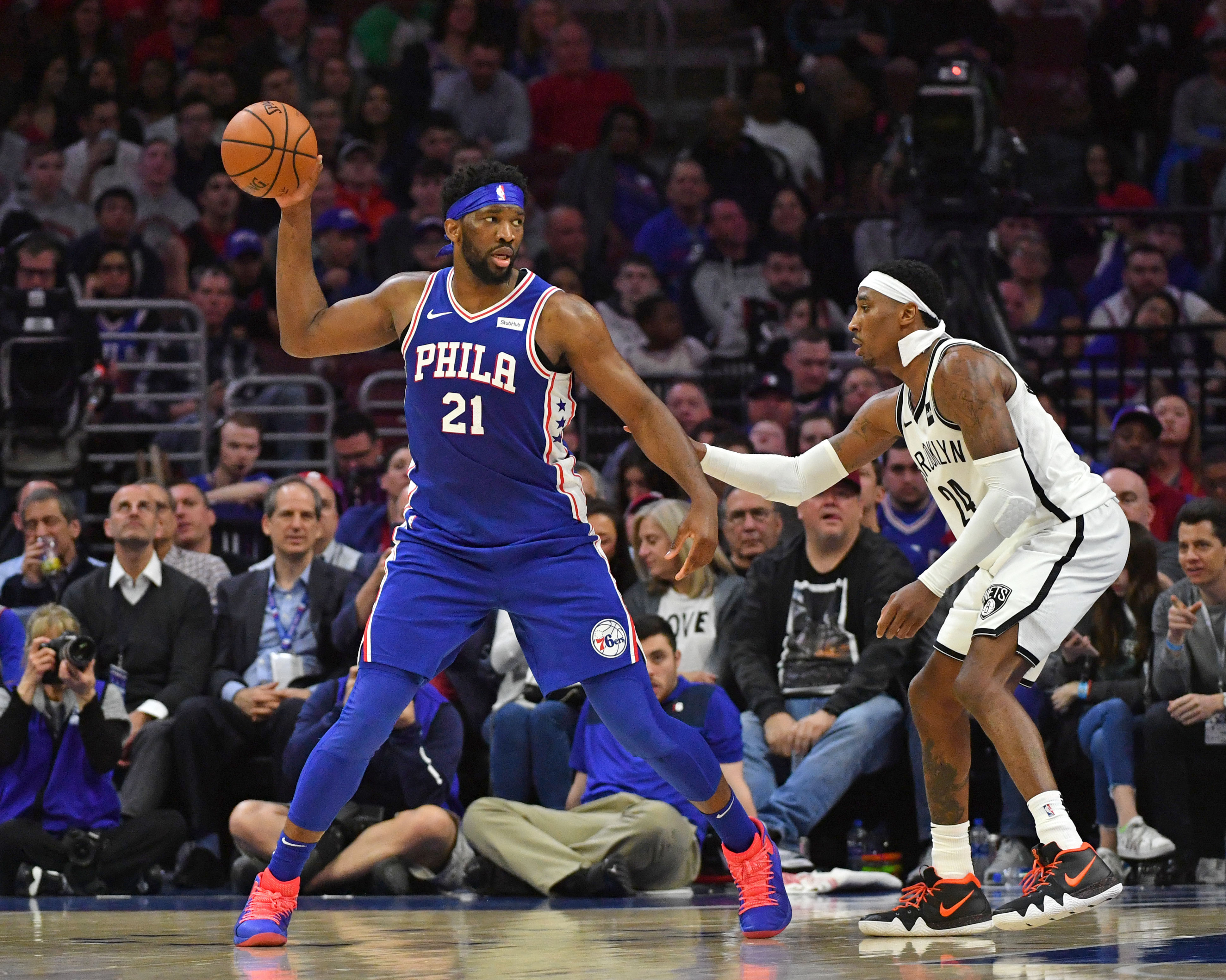 2019 NBA Playoffs: Three things to watch for in Sixers vs. Nets

After struggling down the stretch to end the regular season, the third-seed Philadelphia 76ers will begin their NBA playoff quest on Saturday afternoon against the sixth-seed Brooklyn Nets at the Wells Fargo Center.

For the Sixers, this is their second-straight trip to the NBA playoffs as the third seed, after achieving 50-plus wins again.

In last year’s playoffs, the No. 3 seed Sixers defeated the No. 6 seed Miami Heat in five games in the first round. However, they would fall to the Boston Celtics in a heated five-game series in the Eastern Conference semifinals.

Nevertheless, this year’s Sixers squad is looking to repeat their first-round success against the upstart Nets. But it will not be easy as Brooklyn is led by first-time All-star D’Angelo Russell and sixth man Spencer Dinwiddie, who has given Philly issues this season.

Will the Russell-Dinwiddie combination dominate this first-round series? Or can two-time All-star center Joel Embiid make his presence felt, despite lingering knee soreness?

To answer these questions and more, here are three things to watch for in this No. 3 vs. No. 6 matchup:

If this point sounds familiar, then you would be correct. At this time last year, the Sixers were not sure when or if Embiid would play against the Heat.

Embiid suffered an orbital fracture with only a couple of weeks left in the regular season, after colliding with then-rookie point guard Markelle Fultz.

Embiid ultimately missed the first two games of that playoff series. However, this time around, the third-year center is dealing with an achy left knee, which leaves him doubtful for Game 1.

Throughout the second half of the regular season, Embiid sat out a majority of games due to left knee tendinitis and load management.

With all that being said, if the Sixers want to win this series in five or six games, they will need a healthy Embiid.

In four games this season against Brooklyn, he is averaging 30 points, 14.3 rebounds, and 5.0 assists in 33.6 minutes per game. The 25-year-old center is also shooting 60-percent from the field and 45.5-percent from three-point range.

As you can see, it is not easy to replace those numbers in a Sixers’ starting lineup (Embiid, Harris, Butler, Redick, Simmons) that has only played 10 games together.

2. Russell and Dinwiddie vs. Sixers’ backcourt

While the Nets will have their hands full with Embiid and Tobias Harris in the frontcourt, the Sixers’ guards will be tested by Russell and Dinwiddie.

As previously mentioned, Russell is having a career-year in Brooklyn, averaging 21.1 points, 7.0 assists, and 3.9 rebounds in 30.2 minutes per game.

Simply put, he is the straw that stirs Brooklyn’s drink and is their focal point on offense.

However, the Sixers cannot just keep their focus on the 6-foot-5 combo guard as they also have to pay attention to Dinwiddie off the bench.

The 26-year-old guard, who signed a four-year extension earlier this season, has proved to be one of the more lethal sixth men in the NBA.

Dinwiddie is averaging 16.8 points while dishing out 4.6 assists and grabbing 2.4 rebounds in 28.1 minutes per game.

Jimmy Butler and T.J. McConnell, especially will have to make sure to keep Dinwiddie in check as he is averaging 23.8 points per game in four games this season against Philly.

That is his second-highest points per game total against any other team in the association. He’s only scored more points against the Orlando Magic (24.5 points per game in two games).

As I already alluded to in this preview, the Sixers’ starting lineup has only played 10 games together this season.

However, to their credit, this third installment of the Sixers’ starting five has a record of 8-2 in those games.

The starting lineup of Embiid-Harris-Butler-Redick-Simmons has a net (per 100 possession) of +19.6 points, +.078 FG%, with a disappointing -.013 three-point percentage in 161 minutes played.

When you compare those stats to the starting lineup of Embiid-Chandler-Butler-Redick-Simmons, you can see the improvements in points (+7.8) and field goal percentage (+.031).

Therefore, why is there a hesitation among fans and analysts about this lineup?

Well, one reason is Butler, who started out on a torrid pace when he first got traded to Philly, but has not taken a lot of shots recently.

Another reason is Tobias Harris, who saw his three-point percentage drop from 43.8 in February down to 18.2 in April. While that is a cause for concern, the 26-year-old forward should break out of this slump.

Finally, the last reason is Ben Simmons. We all saw last year, how the Heat and Celtics made him obsolete in Sixers’ half-court offense due to his lack of jump shot.

If the Sixers want to make a deep run, they will need Simmons to attempt at least four jump shots between 12-15 ft per game, just to give the defense something else to think about.

Nevertheless, it shall be interesting to see how things play out as there is a contingent of people, who believe this team can be in the Eastern Conference Finals.