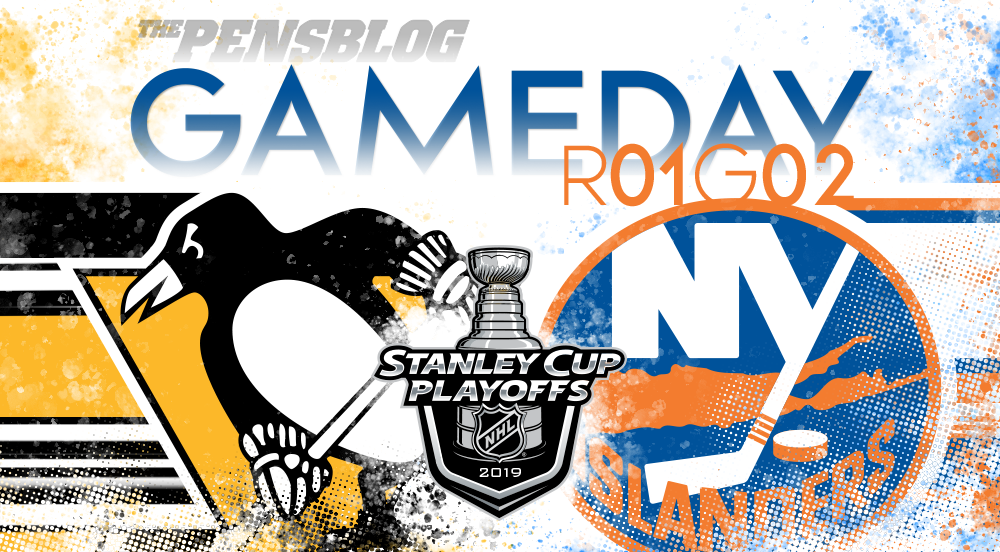 Well, I hope everyone put away their lucky jerseys, burned their favorite hats and planned a vacation for next week, because after losing game one (in overtime), the Penguins season has officially ended. That’s right, folks. It’s over. There’s no coming back from this.

Get a goddamn grip.

The Penguins, for a large majority of the game, controlled the play. The Islanders got some bounces and fed off a raucous crowd in a “great atmosphere.”

Not usually a good sign when the narrative is the loser played so badly they don’t deserve to be in the playoffs but the victor needed extra minutes to put them away.

Get yourself ready for game two by reading Overlord G’s game one recap and film breakdown. He’ll have boots on the ground at Nassau tonight, so here’s to hoping a ragtag group of misfits don’t beat him up.

Somehow, beyond all logic and reason, Gudbranson returned after his leg bent in a way a human being’s leg should never bend.

No updates yet, but one figures everyone will be a “gametime decision” because, you know playoffs or whatever.

Would love to see the same lineup as game one. That’s the ideal. Johnson in the press box and let’s ride. Don’t overthink this.

You won game one, no changes needed.

Whatever you do, don’t give up a goal in the first 90 seconds. Squeeze the life out of that stupid crowd that cheers for every little thing. Act like you’ve been there bef….oh, nevermind, it’s been awhile, so I can’t say that.

Line ‘em up. Knock ‘em down. Show them what pain is.