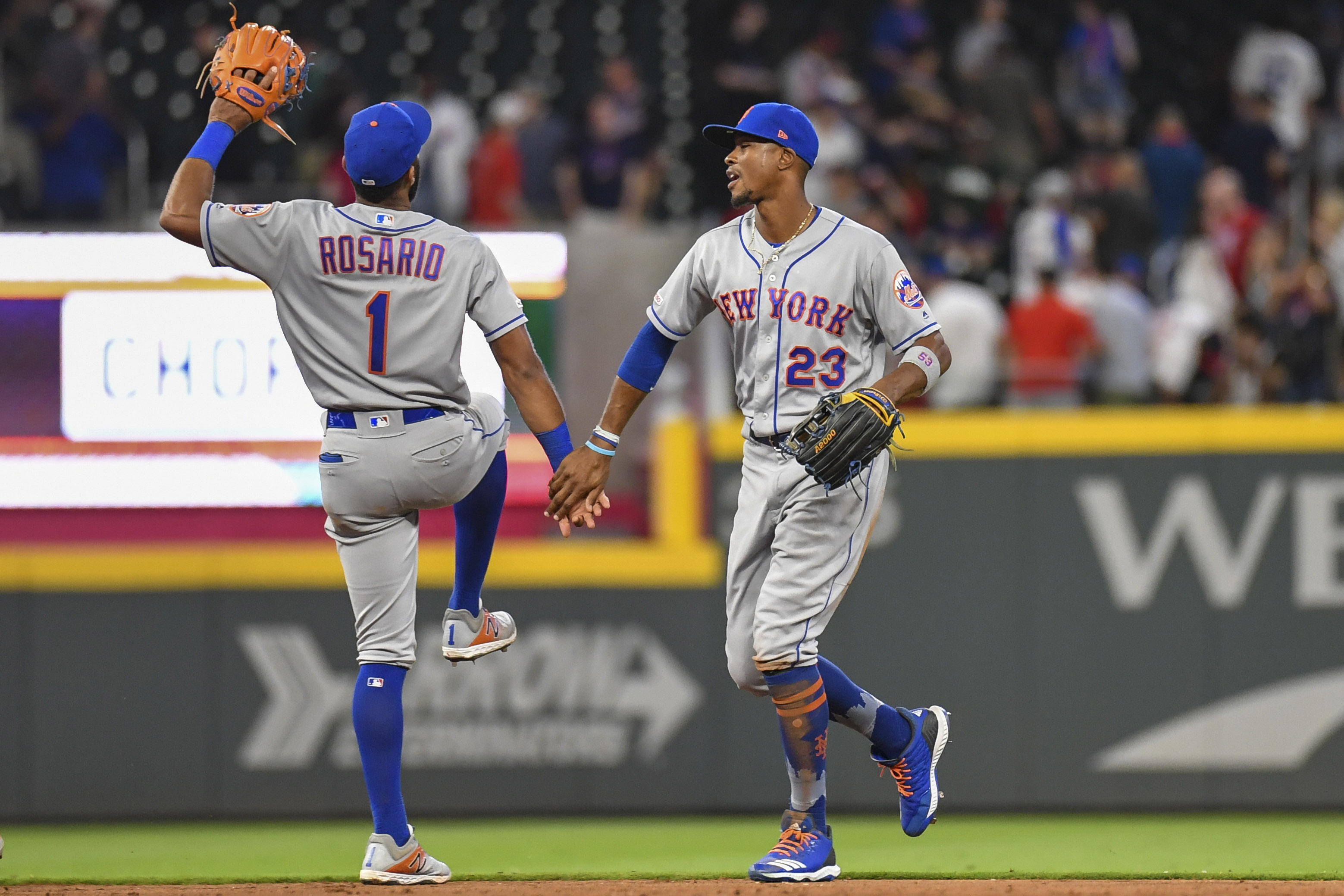 It all started with Steven Matz. Freddie Freeman doubled in the first, and Ronald Acuna tripled him home as Juan Lagares got turned around. There was a version of Matz that would have been mad at himself for the pitch to Acuna and made life hard on himself. He would have given up a cookie to the next batter and the rout would have been on. Matz had a career ERA of 6.44 in the first inning so it could have been a disaster.

But Nick Markakis grounded out to second, and Matz was on his way. Maybe I make too much of the mental thing with Matz and I don’t usually do that. In this case, however, Matz getting out of jams with minimal damage starts with what is going on in his head, which affects the pitches he throws and where they go. Matz has been better at that to start the season and it’s paying dividends. Matz went six innings only giving up two runs while striking out eight as his outings are getting incrementally better. I’ve always been a sucker for a good lefty in the rotation so I want Matz to be “that guy”. My faith was shook last season but so far, he’s slowly growing into “that guy”. If he can lengthen out from here, the Mets will be okay.

Helping out on the offensive side was Amed Rosario, as his three run HR in the second inning gave Matz and the Mets some breathing room. He added an RBI single in the sixth to make the score 4-2. Then …

Pete Alonso has 6 home runs to lead all major league rookies, including this screamer at 118.3 mph

Splashdown. Hardest hit home run this side of Giancarlo Stanton. Like … holy crap.

The Mets’ bullpen played with the lead like a cat plays with a mouse before he kills him. But Acuna’s home run off Luis Avilan was weird because Jeurys Familia came in immediately afterwards. If Familia was ready, why wasn’t he in after Avilan took care of Freeman? If you didn’t want Familia in, why didn’t Avilan get a shot to get the rest of the inning? Seemed like a half measure by Mickey Callaway, almost as if he was Jeff McNeil stuck between third and home on Wednesday.

But thankfully, it’s only a footnote and not a harbinger. That Acuna home run was as close as the Braves would get the rest of the way as the Mets won 6-3 and Tiger stays in his cage for one more day. Nice way to start a ten game road trip that will help shape the season.