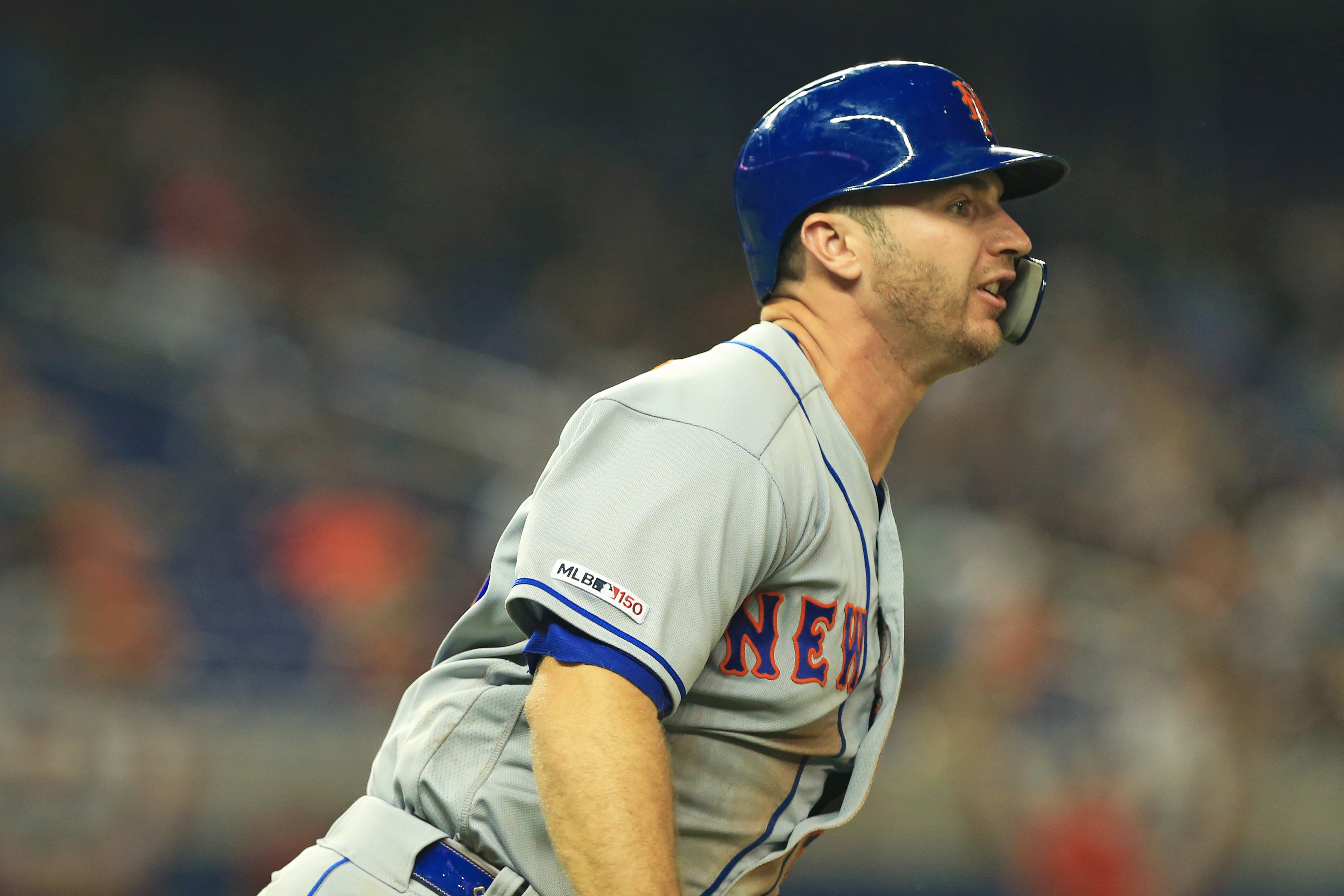 One of the biggest stories in the first few weeks of the season for the New York Mets has been the emergence of first baseman Pete Alonso. The Mets opted not to play the service time game with Alonso, their top slugging prospect, bringing him north with the team on Opening Day when he was their best option at first base. Alonso has rewarded the team’s decision in spades, being one of the most productive players in the league and showing why service time considerations are counterproductive when it comes to winning.

Over the Mets’ first 12 games, Alonso is leading the team in batting average (.378), home runs (six), and RBI’s (17). The Mets have coincidentally going 8-4 in those games, climbing to the top of the very competitive National League East despite a very challenging schedule. Alonso has played a significant role in many of those wins, including last night’s victory over the Braves, where he delivered the most jaw-dropping homer of the year to date.

"A splashdown for Alonso" 💦 pic.twitter.com/nXAiJMyi9X

If the Mets had played the service time game with Alonso, yesterday would have been his first game as a big leaguer, and we would have missed out on all of those magic moments. Alonso clearly is one of the Mets’ best players, and even though Dominic Smith has played well to start the year the Mets may have lost several more games if Alonso wasn’t on the roster. Brodie Van Wagenen made a point earlier this offseason that games in April matter just as much as games in September, and bringing Alonso up now could be the difference between the Mets being in a playoff race or falling out of one at the end.

Sacrificing any part of 2019, when the Mets were hoping to make a playoff run this season, for a year of club control in 2025 doesn’t make much sense. Smart teams lock up their key guys long term, and if Alonso performs well enough the Mets won’t let him go anyway. This move is also smart as it shows, along with the team’s recent extension for Jacob deGrom, that the Mets value winning more than saving a couple of bucks, which could help attract more free agents to Queens given the current climate in the sport.

Alonso is also one of the most exciting players on the team, and Mets’ fans have already taken to him, giving him louder ovations than anyone not named deGrom. The massive homers certainly help as Alonso is now putting on power displays comparable to the ones Giancarlo Stanton and Aaron Judge do in the Bronx. Alonso is also showing that he isn’t just a slugger, going the other way frequently and finding ways to put the ball in play, making him a potentially huge threat for the Mets’ lineup.

The Mets were clearly short on right handed power with Yoenis Cespedes out, but Alonso is filling that void in spades. It’s too early to make any bold pronouncements on Alonso’s future, but it’s crazy to think that we would have missed these first two and a half weeks of his career over a year of club control in 2025. The Mets clearly look smart for ignoring those issues, and it could be a significant launching point for their season.