Steve Kerr defends Luke Walton after being fired by Lakers 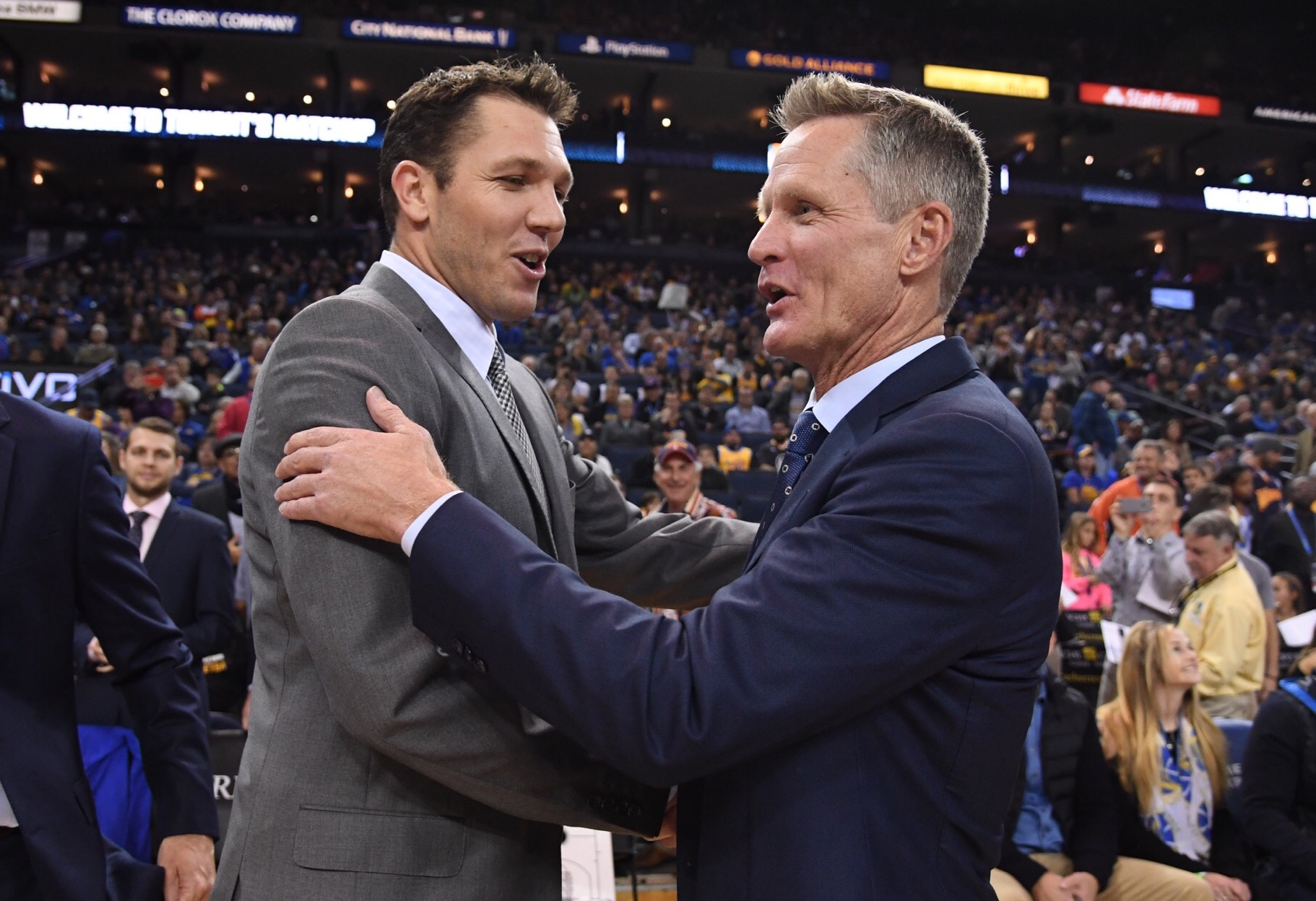 Steve Kerr defends Luke Walton after being fired by Lakers

Lakers head coach Luke Walton and the team mutually agreed to part ways on Friday, in what was the least surprising news of the week.

The Los Angeles Lakers and Luke Walton have mutually agreed to part ways.

"We would like to thank Luke for his dedicated service over the last three years," said General Manager Rob Pelinka. "We wish Luke and his family the best of luck moving forward."https://t.co/3cgU3WPgnJ

This news comes after Magic Johnson chose to step down as team president, which actually came as a shock to, well, everyone, including owner Jeanie Buss.

Walton was 98-148 as head coach of the Lakers, but given all the dysfunction going on behind the scenes in the organization, it’s clear that it wasn’t all his fault. Warriors head coach Steve Kerr clearly didn’t think so, as he had plenty of kind words to say about Walton in speaking to reporters on Friday.

“They’re losing one of the best human beings in the league,” Kerr said.

Steve Kerr on the Lakers firing Luke Walton: “They’re losing one of the best human beings in the league.” Here’s his full, strong backing of Walton. pic.twitter.com/nNo6uOS1i1

Walton served as an assistant on Kerr’s staff before joining the Lakers, so it’s no surprise that Kerr is going to bat for his guy, but he does appear to be correct in what he said.