Urgent: The Packers Must Fortify the Offensive Line in the 2019 Draft 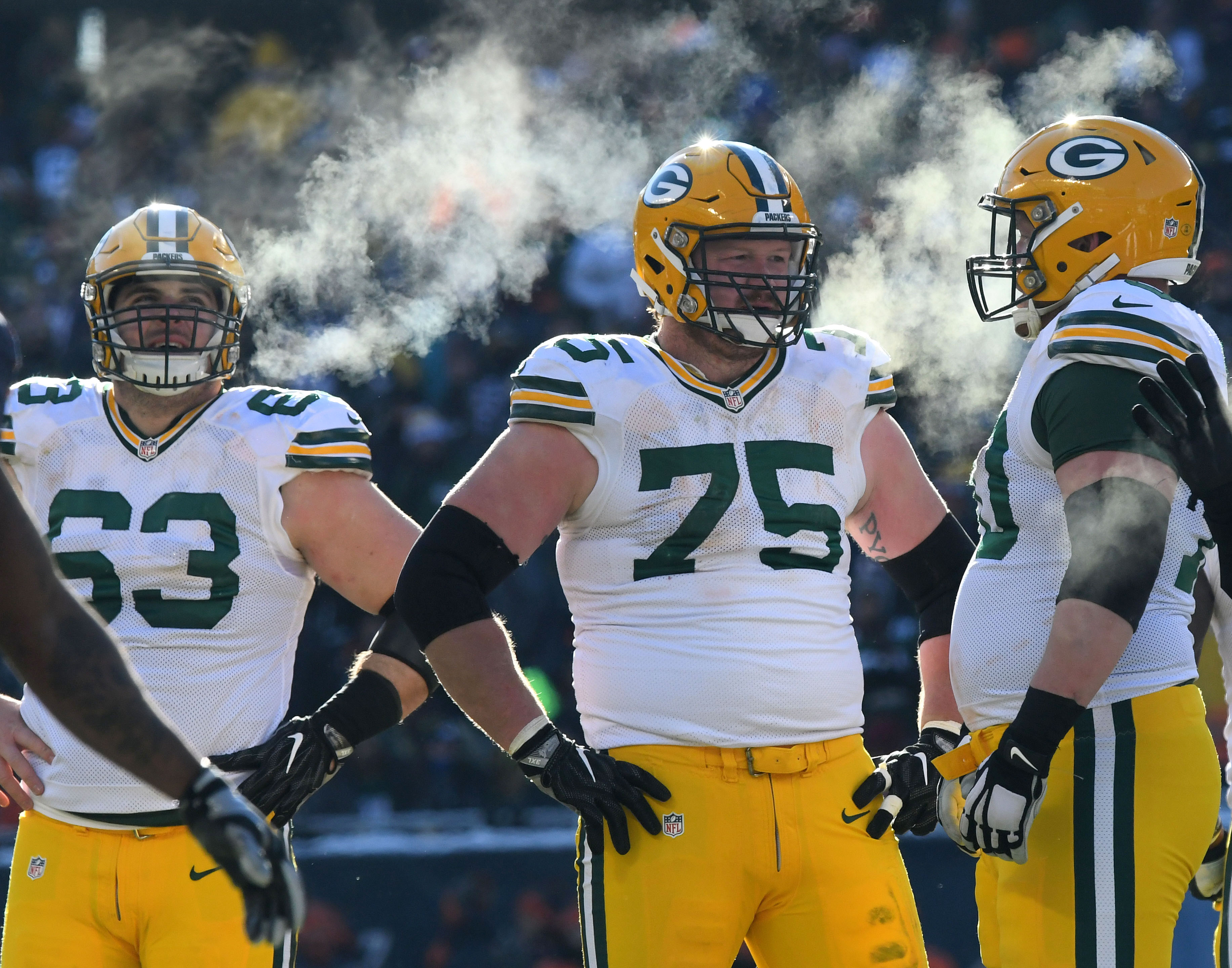 Urgent: The Packers Must Fortify the Offensive Line in the 2019 Draft

The one area the Green Bay Packers must upgrade for the long-term in the 2019 NFL Draft is the offensive line. The Packers may not need to add a starter for 2019, but GM Brian Gutekunst must add depth and set up the franchise up for the future along the offensive line if the team hopes to be successful for the next several seasons.

The Packers have a solid group of projected starters along the offensive line as of now. David Bakhtiari is an All-Pro left tackle and one of the best pass blockers in the game today. He is presently in his prime at the age of 27 and is signed through the end of the 2020 season.

Left guard Lane Taylor struggled last season, especially in pass blocking although he is a solid run blocker. Taylor is 29 and is also under contract through the end of the 2020 campaign.

Center Corey Linsley is a good quality starter and at 27, he is presently in his prime. He is also signed for 2019 and 2020.

Recent free agent addition Billy Taylor is the leading candidate as of now to start at right guard. Taylor is just 27 and is signed through the end of 2022.

Right tackle Bryan Bulaga is a very good pass blocker and a quality starter. Bulaga turns 30 this season which will also be the final year of his contract.

Depth is an issue along the line. Justin McCray and Lucas Patrick are back to add depth at guard while 2018 draft pick Cole Madison has returned to the team and will compete for a roster spot as well. Jason Spriggs is the top name among the backup tackles. None of these players have proven they are able to fill in as starters over the long haul if injuries strike along the line.

Assuming the team stays healthy, there is no glaring need along the offensive line although the quality and depth certainly need to be upgraded. But there are several reasons for concern over the future.

Bulaga has had trouble staying healthy in recent seasons. In fact, the Iowa alum has only started all 16 games in a season once since entering the NFL in 2010. In 2018, Bulaga missed two full games and parts of several others due to assorted injuries. In 2017, he played in only five contests.

As he hits the wrong side of 30, Bulaga’s body is likely to continue to break down and injuries are likely to be more frequent. Since taking over as GM, Gutekunst has been reluctant to re-sign potential free agents who are over the age of 30 (Clay Matthews) or players who are breaking down physically (Randall Cobb). Even if the Pack does decide to re-sign Bulaga after this season, the team needs to find and develop his eventual replacement at right tackle ASAP.

The Packers also need offensive linemen who are ideally suited to new coach Matt LaFleur’s offense. His system calls for more mobile linemen who can get to the second level and block for wide receiver screens and sweeps. LaFleur will also emphasize the running game more than Mike McCarthy did. Again, the Packers will need linemen who can fit this new scheme and do the things the new coaching staff needs to run their offense effectively. Offensive linemen typically take a year or two to develop so the Pack needs to start adding these players now.

Another big factor is the age and health of quarterback Aaron Rodgers. Green Bay’s franchise quarterback is now 35 and he has also been prone to injury in recent years. Rodgers missed nine games in 2017 with a broken collarbone and played all of 2018 with a hairline bone fracture he suffered in Week 1 against the Bears. While Rodgers is still mobile, the Packers don’t want their star to be as vulnerable as he has been in the past. The less they rely on Rodgers to do everything, the less likely he is to get injured and the more effective he is likely to be.

This is typical of star quarterbacks as they age. Remember when Brett Favre started to slow down. The Packers were able to keep winning because they had a solid offensive line and built the offense around the running of Ahman Green. Favre was still a very good quarterback but was no longer asked to carry the offense all the time.

The Patriots are doing something similar with Tom Brady. They have placed a greater emphasis on running the football in recent seasons which has allowed Brady to continue to be effective. Drew Brees has benefitted from a similar emphasis in New Orleans. By making this change, coaches can prolong the effectiveness and the careers of their veteran star quarterbacks.

Typically, the Packers have drafted solid offensive linemen on the third day of the draft. Bakhtiari was a fourth-round selection, Linsley was drafted in the fifth round, while Taylor was undrafted. Only Bulaga was a first-round pick back in 2010. The Pack does not have an urgent need to use one of their first-round picks on an offensive lineman, but they do need to start selecting and developing their future starters as their older players age and sign elsewhere.

Before this year’s draft is over, the Packers should have a better idea of who should be the building blocks of their offensive line in 2020 and beyond. With a new offensive system and an older quarterback, keeping the o-line strong and effective is a major key to the team’s success for the rest of Aaron Rodgers’ career.