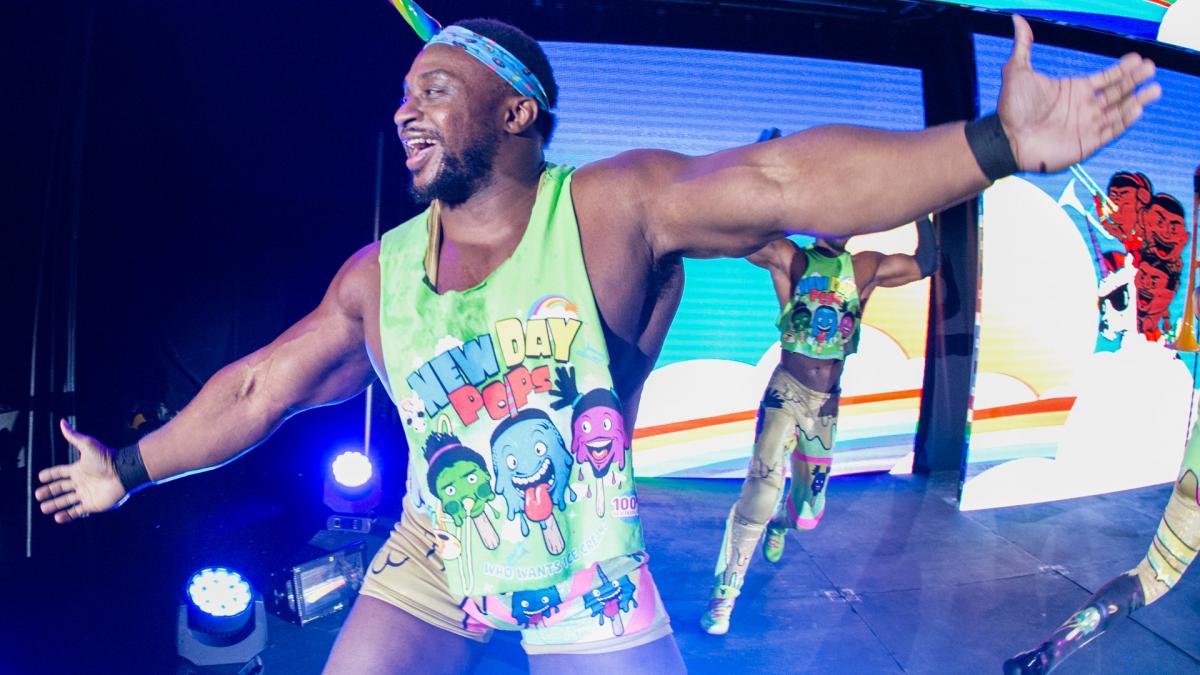 It has been a wild week for The New Day. Kofi Kingston got his WrestleMania moment on Sunday as he defeated Daniel Bryan to win the WWE Championship and Big E have been doing amazing splits on Raw and SmackDown this week to celebrate Kofi’s title win. However, things recently came at a screeching halt for Big E.

Big E announced on Twitter Thursday that he will be on the shelf for an extended period due to a meniscus injury that he is currently suffering with. This was his Twitter post about the injury:

WWE.com officially confirmed that day that he has a torn meniscus.

According to Pro Wrestling Sheet, Big E will have his knee scoped and most likely be out of action for 6 weeks. However, the report claims that Big E will be used in a limited role until WWE officials feel that he is cleared to compete.

Big E has been heavily featured on SmackDown Live despite not working a lot of matches as he was involved in the storyline with Kofi chasing the WWE Championship. One of the more notable matches he’s had this year was facing Rusev and Nakamura along with New Day partner Xavier Woods at Fastlane.

The biggest segment Big E has had this year was competing in the Tag Team Gauntlet Match alongside his fellow New Day member Xavier Woods to help get Kofi his opportunity to win the WWE Championship at WrestleMania.

The New Day recently went against and defeated The Bar and Drew McIntyre this past Tuesday on the SmackDown after WrestleMania.

Even though Big E may not be able to compete for a little while, he will continue to have an important role being involved with Kofi. We will also continue to see how he will be used once he is cleared by WWE to compete again.