Your Morning Dump... Where Terry's got another chance to earn his keep 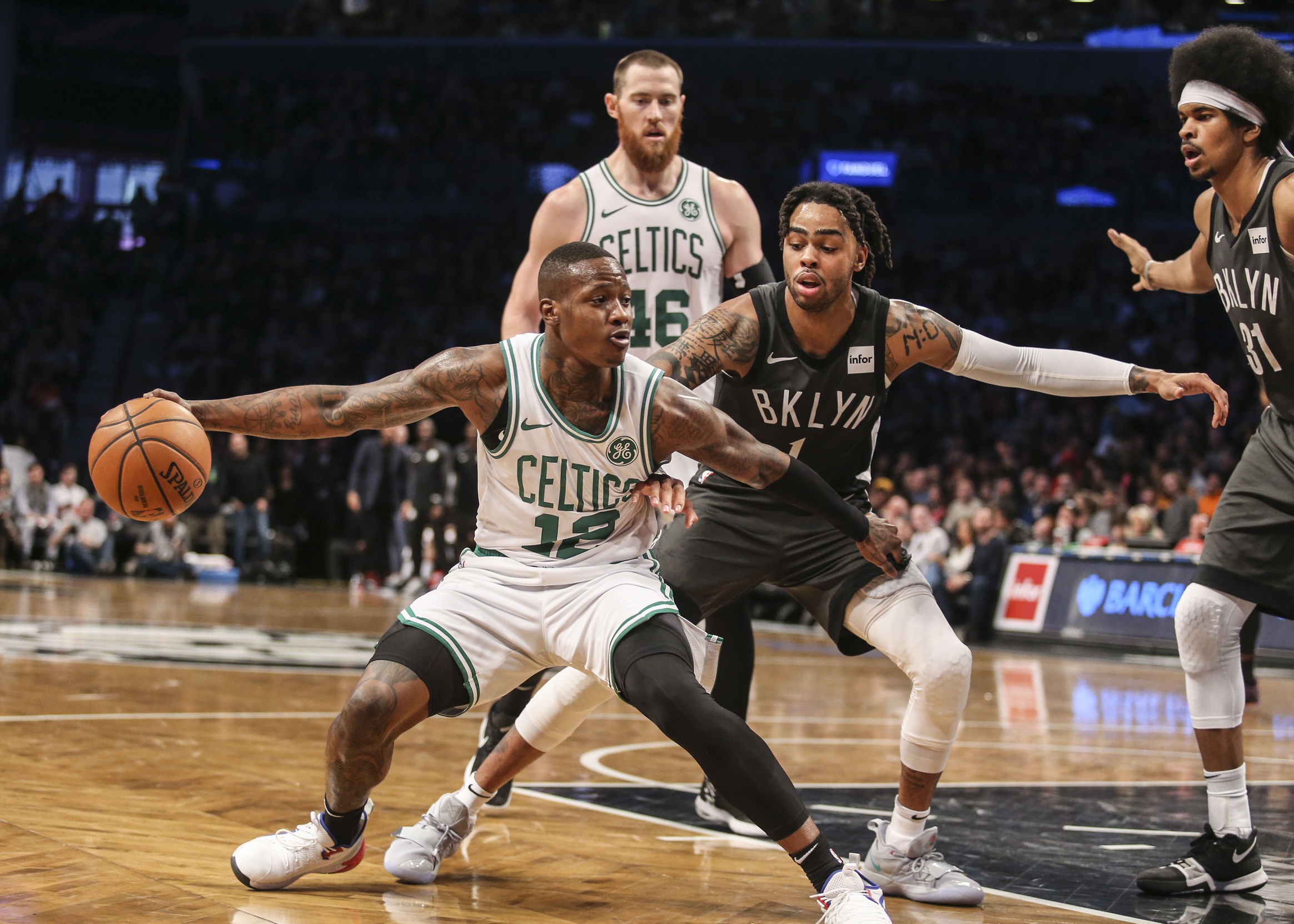 Your Morning Dump... Where Terry's got another chance to earn his keep

Rozier wasn’t often giving Boston their best chance at winning during the regular season. His -8.8 net rating is the lowest of any regular rotation player in the league. If he’s going to be part of the solution, he’s going to have to clean up a lot of the bad habits that turned him from last year’s playoff hero to the source of fans’ ire this year.

“I’m going to go out there and play my game. I’m not going to try to imitate nobody else or be nobody else, be somebody that I’m not,” Rozier said. “It’s tough making up for a guy like Smart, the things he’s capable of doing out there, but we’ve got to move on.”

An underlying assumption of many economic models is that, given choices, human beings will act with ‘rational self-interest’–that is, that we do things that benefit ourselves regardless of their consequences on larger social units.

When producers and consumers are interacting as self-interested parties in a market economy, voluntary exchanges occur. These exchanges between a consumer and a producer are born of rational self-interest, making both parties better off than they were before the exchange because each side is maximizing its own benefits to be better off, either financially or intrinsically.

For example, if you grow pumpkins on your farm and sell the pumpkins at a road stand, you are voluntarily exchanging your time and expertise for money, and consumers are exchanging money for your goods and services. Both parties, you and the consumers, are better off because of the exchange by acquiring a good or making a sale.

Critics of the ‘rational self-interest’ approach point out that humans as individuals are not reliably rational–or, perhaps more accurately–that humans frequently have no idea which course of action is in their best interests.

Terry Rozier could be exhibit A in that argument.

Terry Rozier, purveyor of basketball to the Boston Celtics organization, is in a contract year. His first negotiated contract, in fact. He was coming off a really solid run to close out the 17/18 season, and there was a real question how the Celtics would be able to afford him.

Terry did, aside from a few games here and there, almost nothing to improve his value to the Boston Celtics–or any of the other 29 teams in the NBA, for that matter. John’s numbers don’t lie. Over the course of the season Rozier was a huge liability.

However, he’s getting another bite at the apple in the playoffs. There’s still time for him to do something to justify a huge contract next season, while–hopefully–benefiting the Celtics at the same time.

Rozier’s definitely got money riding on the postseason. Hopefully he plays like it, because he sure as shooting didn’t during the regular season.

At one point, Irving turned to Hayward and said “It’s about to be crazy, G.”

He wasn’t lying, although it got crazy for the wrong reasons. Now, 19 months and five surgeries later, Irving and Hayward it will finally be crazy for the right ones.

“It’s the reason why I came to Boston,” Hayward said, “So I think it will be a great atmosphere for sure playing in the Garden in the playoffs. And I’m really excited.”

Kyrie Irving has been pining for the playoffs for months.

“The competition-level is at an all-time high, by any means necessary you have to go out there and get a win,” he said. “It’s just something to play for, it’s basketball, true basketball.”

Both watched their last playoff runs end at the hands of the Golden State Warriors. Hayward’s Utah Jazz were swept by the Warriors, one of three sweeps for Golden State on their way to the NBA Finals. Irving’s Cleveland Cavaliers managed to get the lone win, in Game 4 of the Finals behind his 40 point masterpiece. He walked off the Oracle Arena floor three nights later for the last time as a Cavalier.

I’m on the far side of 40, and unless you include a really nasty wisdom tooth extraction and a root canal–and I have no idea why you would–I’ve never been under the knife. It’s difficult for me to put the wear and tear that these guys subject their bodies to–and the concomitant need for medical treatment into context.

At any rate, to quote John Fogerty, ‘we’re born again, there’s new grass on the field.’

The NBA season–which is always a slog–seemed to drag out forever this year. The Celtics’ extended post-All-Star-game funk made the months of February and March seem to be about eleven weeks long each. The playoffs couldn’t get here fast enough for any of us. As a fan, the playoffs mean one of two things: Either the team straightens up and flies right, which is good, or this turd-in-the-punch-bowl of a season will finally be over, which will at least be a relief.

Ainge was joking, of course, poking fun at Johnson’s impromptu revelation as media gathered for Thursday’s press conference at the Auerbach Center.

The Celtics’ president of basketball operations soon was asked a follow-up about Johnson’s resignation and earned another round of laughs with this line:

“When I’m having bad days I often wonder, ‘that one night a week on TNT is awfully easy in contrast to this.’ So I certainly understand it.”

But Ainge mostly reiterated what he told 98.5 The Sports Hub on Wednesday: NBA executives have grueling jobs, and if your heart isn’t in it — as Magic suggested Tuesday night — then maybe it’s time to step aside.

One of the things that I admire about Danny Ainge’s tenure as Celtics GM is just how easy he’s made his job look.

I’m firmly convinced that the reason why both Tom Thibodeau and Doc Rivers thought they could wear both the coach hat and the GM hat was because they didn’t think being a GM would require that much time–and the most successful GM that both of these guys worked with was Danny Ainge.

And, when I look at a guy like Magic–stepping into a job that wore out Larry Bird several years ago–I’m thinking that he thinks he can do this job because Ainge has been so successful. They’re roughly the same age, and both of them are ex-players.

Red would’ve loved this. Red was a master of applied psychology. And jovial Danny Ainge, making his regular weekly call to reporters, chatting about his golf game, and spinning yarns about Bird and McHale, presents a deceptively easy-going façade.

Back in his playing days, Red would give Danny a hard time about playing poker with the rest of the team. Ainge, a good Mormon, shouldn’t have been gambling. Ainge told Red that he wasn’t gambling, and I believe it. There may not be a guy in the NBA with a better poker face.

Magic got suckered in–and left the Lakers in utter disrepair when he realized he was in way over his head.

Boston Herald: Celtics ponder changes with Marcus Smart out | Danny Ainge optimistic Celtics will be up to par in playoffs

Boston.com: Here’s the Celtics-Pacers series schedule — plus, a preview of a pre-playoffs special