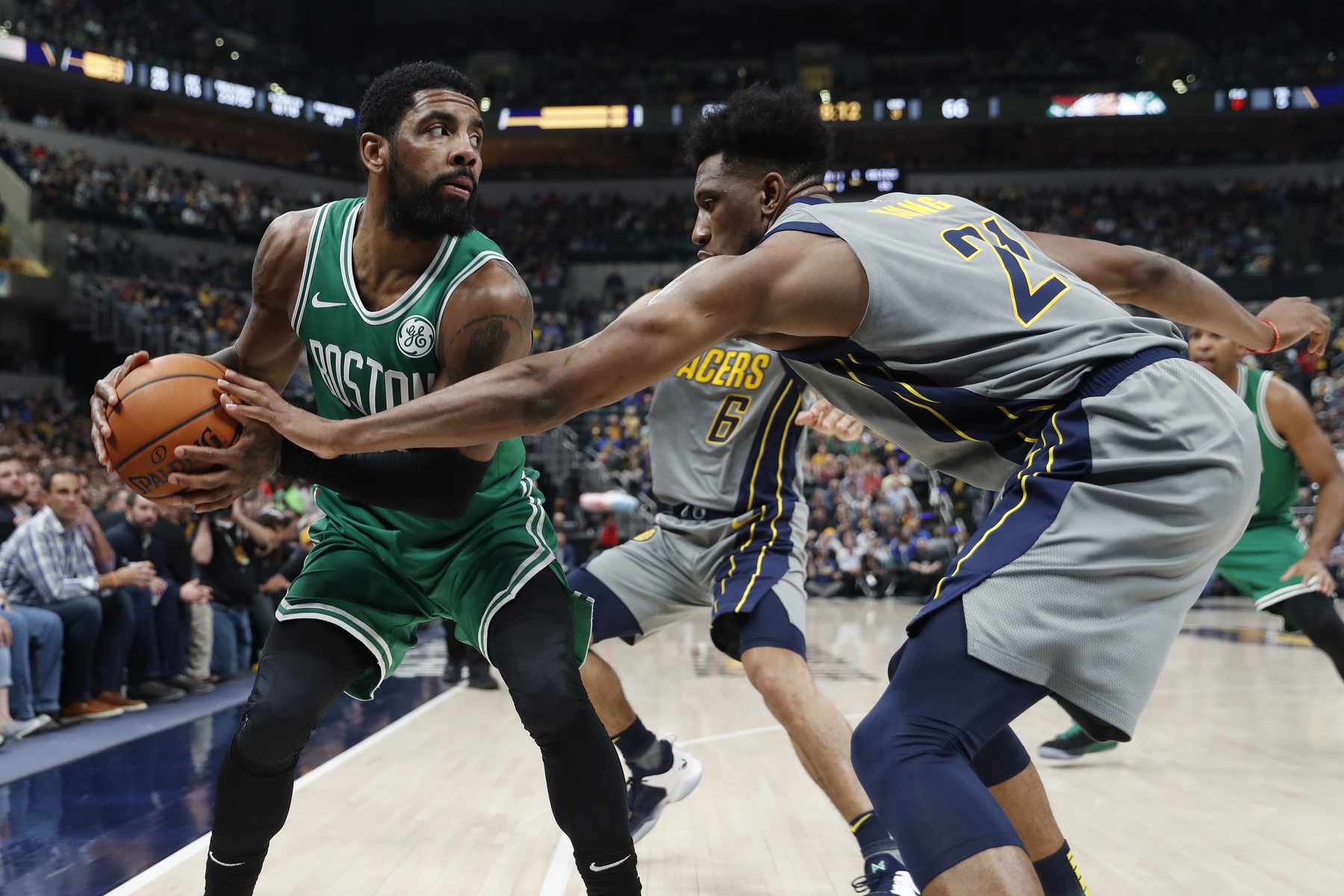 The Celtics root canal of a regular season is finally over. They kick off their 1st round match-up with the Pacers on Sunday at TD Garden.

Will they continue to underachieve and, dare I say, lose? Or will the Cs come together and play the dominant basketball we anticipated in October? Here are our predictions:

Chuck M. – Celtics in 5
This prediction is more indicative of the state of the Pacers than my confidence level in the Celtics. Indiana was 5-14 vs playoff teams over the final two months of the season. Their road record over that team is equally unimpressive. The Pacers are sputtering while the Celtics are trending upwards. Now, I’m not foolish enough to think Boston has turned the proverbial corner because we’ve been burned many times before (remember the silly hype about that West coast flight?). But the combination of Aron Baynes and Al Horford will have a major impact on this series. And while I’d rather go to playoff war with Marcus Smart, I’m not overly concerned about his absence in this series. The additional minutes will benefit Jaylen Brown, Gordon Hayward, and (god help us) Terry Rozier. Indiana may be a strong defensive team, but the Celtics have scored against them all season (117.6 points per 100 possessions in four games). And last but not least, Boston has the best player.

Ben M. – Celtics in 5
I want to believe the Celtics will dispatch of the Pacers quickly, and somewhat easily over the next two weeks. The Cs have rounded into form down the stretch, look more connected and focused (thinking about the wins in Miami and Indiana), and the emergence of an aggressive Gordon Hayward feels like an addition to the team that helps patch the loss of Marcus Smart. For as hard as Indiana competes, this has been a below average basketball team since the Victor Oladipo injury, and the last two Celtics’ wins over Indiana are instructive in predicting how this series will go.

It’s not going to be easy, though. The Celtics focus and chemistry will be tested against a team that lacks neither of those attributes. Get ready for a lot of double-digit Boston leads getting whittled down to single digits, and a few games where you look up at halftime and wonder, “How the hell are the Pacers winning this game right now?” I still think it only takes 5 games, though, because of the talent disparity. Perhaps 4 of these 5 games get decided in the final four minutes, which should make for some exciting basketball! But remember how the 2-point game went down at the Garden last month? Thaddeus Young missed a point-blank lay-up while the Celtics gave Kyrie Irving the ball and trusted he’d get a bucket. The Celtics have finishers, the Pacers don’t. And that should be the difference.

Mike D. – Celtics in 7
It seems like nearly every NBA writer and observer is picking the Celtics to win this series in five or six games. While I agree the Celts will prevail, remember that our guys are famous for making their own lives difficult. I don’t see the Celtics cruising to victory in just five games, nor do I expect them to be able to close out a series in a sixth game on the road – especially without Marcus Smart. No, these Cs will make us suffer as long as possible. Good thing they were able to get the fourth seed.

Something to watch for: In their four regular-season meetings, the Celtics were the better shooters (the Celts made 50.8% of their field goal attempts compared to the Pacers’ 43.2%; Boston also had the better percentage in each game), but the Pacers offset that by getting to the free throw line more often (100 FTAs total for Indy compared to 67 FTAs total for Boston). If the free throw trend persists in the playoffs, the Celtics must continue to outshoot the Pacers from the field. If they do, they should win the series.

Jeremy S. – Celtics in 7
Marcus Smart’s injury is significant, but I’m confident the Celtics can get by without him. The biggest concern, as always, is team chemistry. This is where Smart was a key addition to the starting line up, in that he could make plays when key players were struggling. With Jaylen Brown and Gordon Hayward finding their groove late in the season, I think the Celtics have the gas to win at least one playoff series, even with Terry Rozier looking sorely out of place and Marcus Morris’ regression. If anything, I’m more concerned about Tatum, who will lead a 10-0 run by himself for a stretch before phasing out of existence. Somebody, and I honestly don’t care who, needs to be the second primary scorer after Kyrie. If the Celtics can manage that, they’ll be fine… so long as Horford stays healthy.

Indiana’s greatest threat to Boston is Domantas Sabonis. Bogdanovic and Turner will make their impact, but I’m not concerned with how starters match up. The Boston bench has been problematic for the entire season primarily because they can’t get a stop to convert into transition offense. Sabonis is a playmaking big, meaning Rozier and Morris will likely be exploited on every possession in pick-and-roll situations, cuts, hand-offs, you name it. I wouldn’t be surprised if Brad Stevens runs a tight rotation giving big minutes to Kyrie and Tatum to make up for the inevitable inconsistencies from the bench. Or, you know, Rozier does the most Rozier thing possible and turns into Allen Iverson again in the playoffs, in which case Boston doesn’t lose a game. Still, I’m taking Boston in 7 because they’re terrible on the road.

And let’s hope this Celtics team has an easier time than the 1991 team who needed 5 games and an epic performance by Larry Bird.

The ovation as Bird returns to the court still gives me chills. The man broke an entire team’s spirit in that 3rd quarter. All while concussed. In an elimination game.