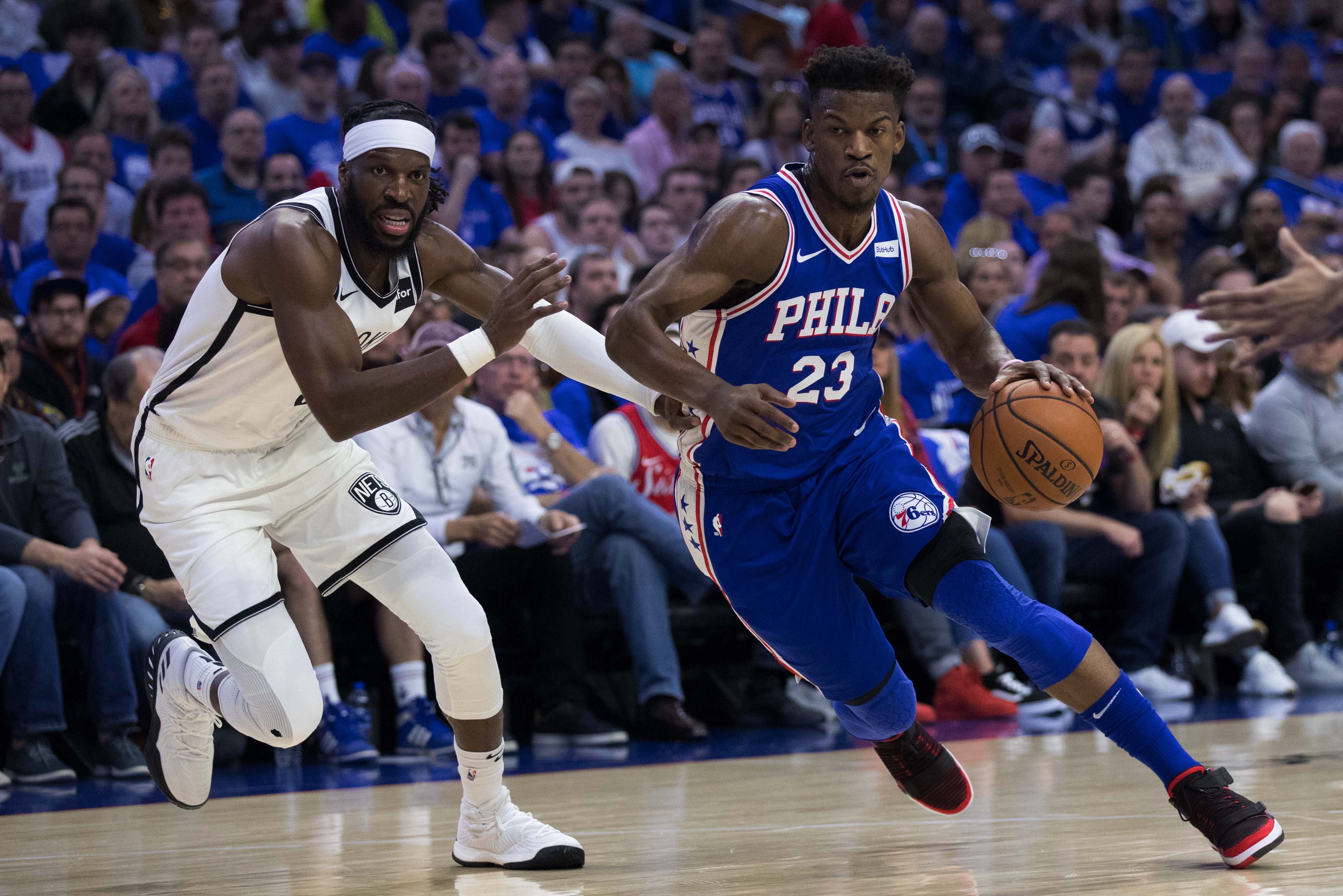 Heading into Game 1 of the 2019 NBA Playoffs, if you predicted that Jimmy Butler would score 36 points on 11-of-22 from the field against the Brooklyn Nets and lead both teams in scoring, you could infer that the Philadelphia 76ers would win by a large margin.

However, that was not the case as the third seed Sixers were outplayed and outclassed on Saturday afternoon, losing 111-102 to the Nets.

The Sixers did not put forth one of their best efforts as they shot a horrific 12 percent from three-point range, and could not stop the trio of D’Angelo Russell, Spencer Dinwiddie, and Caris LeVert from getting any shots that they liked.

The young Brooklyn trio combined for 67 points, despite Russell, posting a +/- of -10.

Nevertheless, the Sixers who have one of the best starting lineups in the NBA still had a chance to close the gap on the Nets. But they could never pull it together due to sub-par performances from Tobias Harris, Ben Simmons, J.J. Redick, and Joel Embiid to a lesser extent.

However, Butler proved on Saturday afternoon, why the Sixers acquired him in a blockbuster trade earlier this season.

When Philadelphia needed a basket, especially in the second quarter when Brooklyn was pulling away, Butler put the team on his back.

In the first half alone, the veteran two-way star guard scored 23 points, which was the most first-half points he scored during the 2018-19 season.

It seemed as if Butler had figured out something against the Nets’ stifling defense by playing aggressively and driving to the rim at will. The eighth-year veteran went to line 15 times, which was only second behind Embiid (18).

After the game, Philadelphia head coach Brett Brown said that Butler was “the adult in the room” and pointed out how he tried to rally the troops.

“First, I’m so with you on Jimmy, like that was the adult in the room. That was a man and I think that especially like we’ve seen it from time, we see it here in Philly in the regular season, fourth periods stand out a lot, you saw it kind of consistently spread throughout the game.”

“The physicality of the game. The elite athleticism, the toughness. It is true, he was the adult in the room, and he was trying to like, you know, pull others along.”

Even though Butler was the adult in the room as his coach put it and kept the Sixers in the game, he was still not happy with his overall performance.

“The thing that bothered me most though, tell you the truth, is the fact I didn’t have a single assist. I think if I’m getting everybody involved and getting everybody else easy shots, I think the game goes a different way.”

“You know, I’ll go study the film and see how I can find my teammates better to tell you the truth. I think if everybody’s clicking, Tobias [Harris], JJ [Redick], it takes away from my points, so be it, I’m fine with that, but I think we have a better shot at winning,” added Butler.

While Butler may have a point about getting his teammates more involved, there were various stretches of Saturday afternoon’s game, where he was the only Sixers player who could get anything going on the offensive end.

Embiid, who was a game-time decision heading into Saturday’s playoff matinée, mentioned in his post-game press conference how the team needs to do a better job of helping Butler out on Monday night.

But with all that being said, it’s going to take more than aggressive play on offense for the Sixers to beat the Nets in Game 2 at Wells Fargo Center.

If they can continue to get these type of moments from Butler, in addition to the rest of the starters stepping up, then they can change their fortunes.