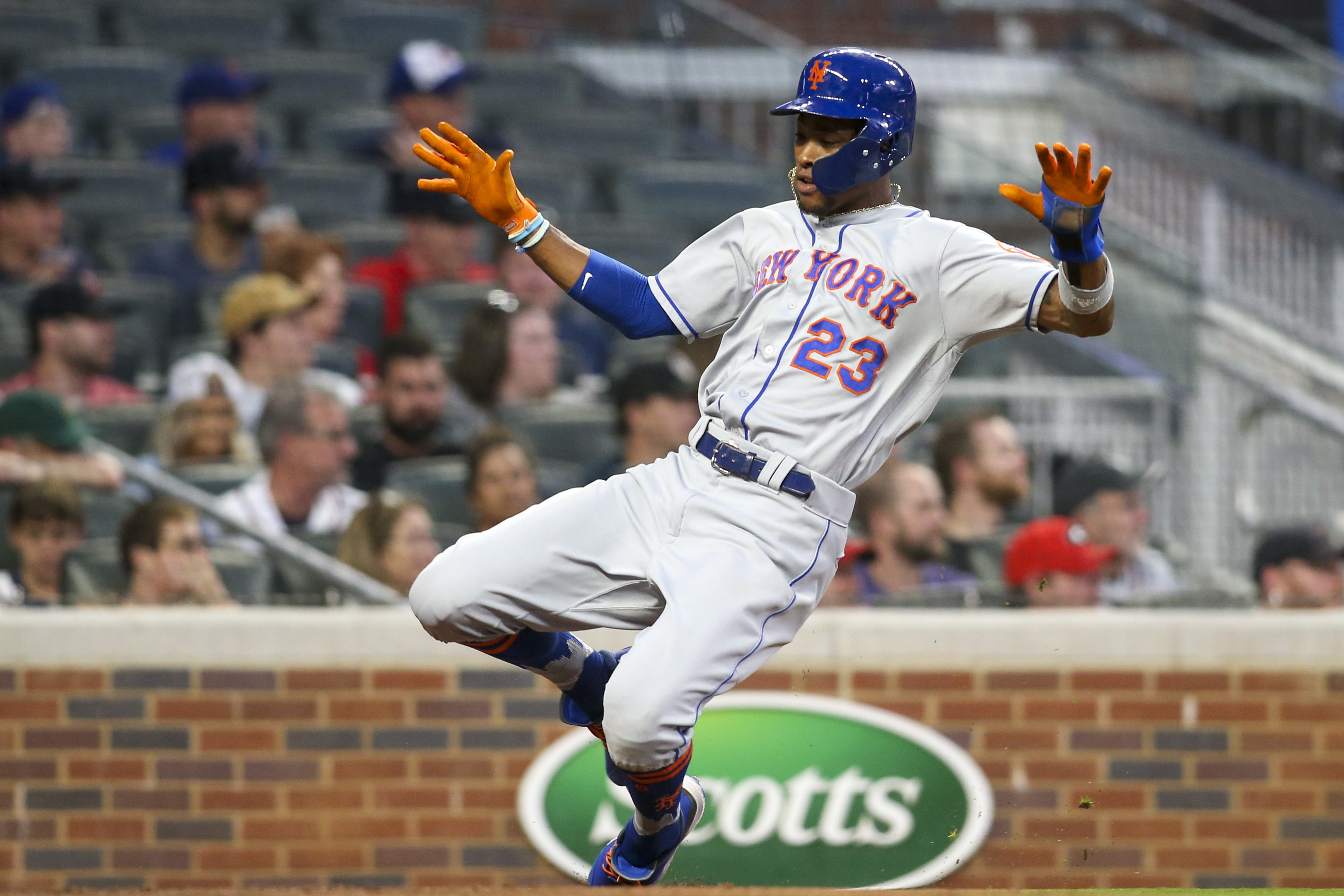 Despite scoring at least six runs for a seventh straight game, setting a new franchise record in the process, the New York Mets (9-5) couldn’t pick up a win last night. The Mets ran into trouble when Jason Vargas couldn’t get out of the first inning against the Atlanta Braves (8-6), who got on the board in this four game set with an 11-7 win. The Braves will look to salvage a split in the rubber game tonight. First pitch for the nationally televised affair is scheduled for 7:08 p.m. as part of ESPN’s Sunday Night Baseball package at SunTrust Park.

The Mets will send their ace, right hander Jacob deGrom (2-1, 3.18 ERA), to the mound tonight. deGrom is coming off his worst start in two years, surrendering six runs in four innings to lose to the Minnesota Twins on Tuesday. Atlanta will counter with righty Julio Teheran (1-1, 6.00 ERA), who has given the Mets fits in the past. Teheran was also beaten up in his last start, giving up six runs in five innings at Coors Field against the Colorado Rockies on Tuesday, but somehow got a victory when the Braves outslugged Colorado in an 8-6 victory.