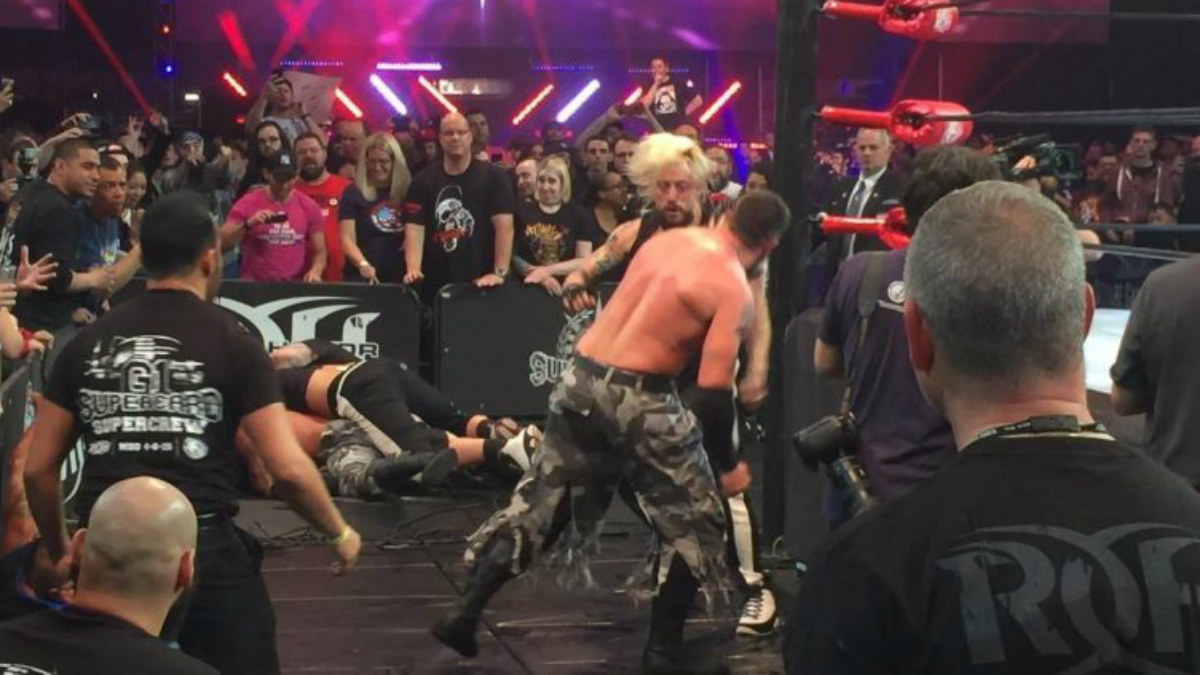 Following the win from the Guerrillas of Destiny (Tama Tonga & Tonga Loa), former WWE tag team Enzo Amore & Big Cass jumped over the rails and started attacking the competitors. Both Enzo (now nZo) and Cass (now CasXL), now known collectively as the Free AgentZ, were heavily jeered from the crowd for this publicity stunt.

Fan video of the Enzo & Cass incident at #G1Supercard last night. Not sure if it was a work or not. Will keep you updated regarding this. pic.twitter.com/uo5Z0zyAvt

There was also some discussion of whether the actual teams who participated in the match knew about the “attack.” There have been conflicting backstage reports, however, based on the many videos posted throughout social media, it is clear that there was some knowledge based on the level of retaliation from the competitors involved in the melee.