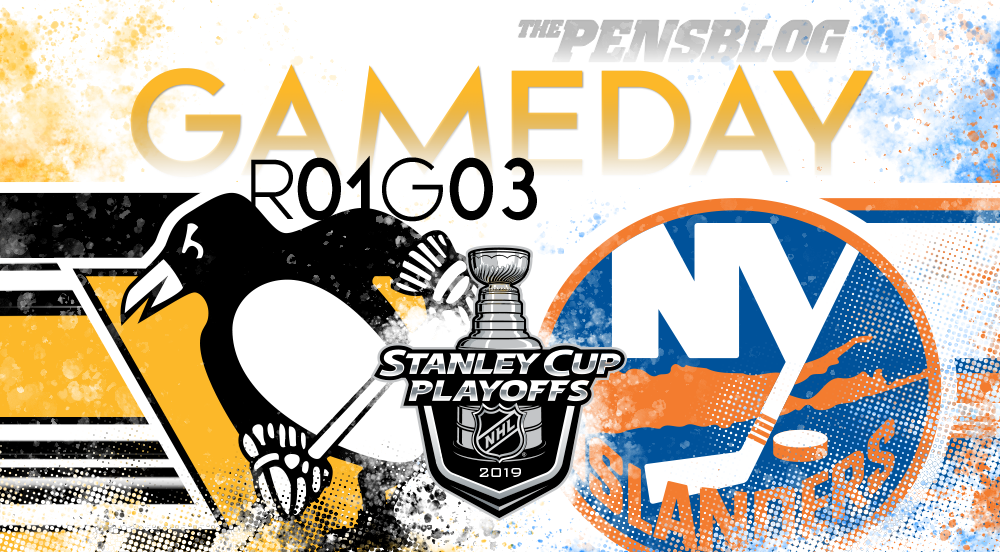 “It’s not a series until you lose at home”

Every Pens fan has been muttering that to themselves since Friday. After suffering two frustratingly close, physical games to open the series, the Pens return to home ice today desperate.

Desperate to show some sign of life, some flicker of a heartbeat on the monitor of their playoff lives. We all know what a 3-0 deficit would mean. No one understands more than the players in that room

Hard questions have been asked of this team all season. Today we get some answers.

If you happen to be in one of those seats today at the pain can leave your voice there for the next few days. The structural flaws and tactics have been written and discussed, but maybe this team just needs to remember what it’s like to finish a big one off at home. And to remind the Isles who the fuck they’re dealing with.

If I’m honest I don’t have a ton of faith in this team, but every time I’ve tried to bury them is when they’ve been at their best. And jesus christ it’s the fucking Islanders. There’s no more waiting, it has to be today, lets fucking ride.  Let’s see exactly what this Penguins team is made of.  Because historically speaking, the last two times the Penguins went down 2-0 on the road to open a series turned out pretty okay for them.

And historically speaking, the Penguins have shown what they’re made of when their backs are against the wall and what they’re made of is claymore mines waiting to explode and send a thousand steel balls at 1000 meters per second right at dick level against whatever team comes into their barn.

It’s time to bring it, Jack.

McCann: "Yesterday I wasn't comfortable. I took an awkward hit and it didn't feel great… I'm feeling a lot better today and I'm ready to go."

No turning back now. Wake it up crank it up dials set to a 11. It’s not a series until you lose at home.