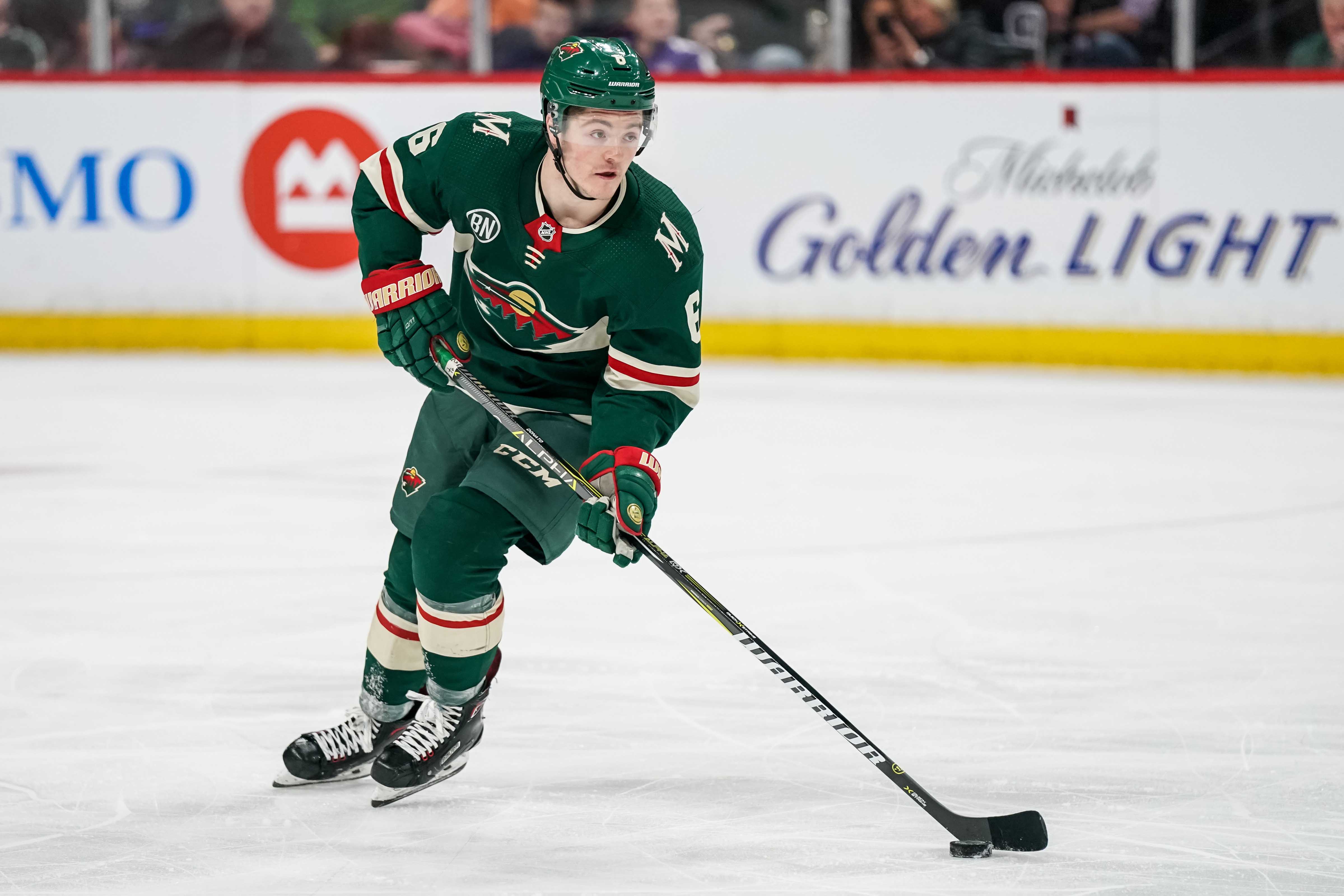 While the Minnesota Wild held meetings all last week to figure out what went wrong in the 2018-19 season.  I am sure there were plenty of uncomfortable conversations between management, coaches and players.  For Minnesota’s older veterans, the realization the game is passing them by is evident in their quotes like this one from alternate captain Zach Parise, “That being said, it goes by pretty quickly and all of a sudden you play for awhile, and I’ve only had one real chance to win it (when New Jersey Devils went to the Stanley Cup Final in 2012). And that’s how quick things go by and that’s how hard it is, so you hope that it’s not going to be something where it’s a few years of taking it on the chin and missing playoffs. You hope that we can rebound right away and be a competitive team to get back in the playoffs.”  But luckily for the organization, hockey isn’t completely over.  Not yet at least.

For the Minnesota Wild, a 6-year playoff streak comes to an end, but hopefully a new streak has begun for its American Hockey League affiliate the Iowa Wild who qualified for the playoffs for the first time with a 3-0 win over Rockford on Saturday night.  It has been a long and windy road for the ‘baby’ Wild.  The first four seasons, the team was mostly a laughingstock finishing at or near the bottom in the AHL standings.  In those years, the Iowa Wild were more or less knew they were out of the playoff hunt by the time we reached Christmas.  They were plagued by a lack of offense and not nearly enough skill to compete.  Part of the issue was created by the team not having many prospects ready to go to fill out the ‘baby’ Wild’s roster.  The veterans the early Iowa Wild had didn’t lead the way offensively as hoped and while some may want to lob criticism at the play of goaltenders John Curry, Johan Gustafsson, Niklas Svedberg and Steve Michalek the truth is they had very little goal support.

So starting last season, the Wild brought in AHL ringer Cal O’Reilly to provide leadership, experience and offense and also signed other vets such as Kyle Rau, Matt Read, Matt Bartkowski, Mike Liambas and Landon Ferraro.  The leadership group of O’Reilly, Liambas and Read have done an outstanding job.  The veterans have delivered the requisite grit, offense, leadership and guidance for the Wild’s young players.  Free agent signees (mostly from the college ranks) Colton Beck, Mitch “Moose”  McLain, Gerald Fitzgerald, Sam Anas, Brennan Menell, Justin Kloos and especially former Ferris State star Gerald Mayhew have have all been tremendous giving the team skill, speed and scoring depth.  Kloos was one of Iowa’s leading scorers when he was dealt in the Pontus Aberg trade, but to the team’s credit other players stepped up and filled in the void nicely.  Prospects Mason Shaw, Will Bitten and Dmitry Sokolov have been productive too.

Between the pipes, Kaapo Kahkonen has certainly given Wild fans a lot to talk about with 6 shutouts but lately the team has leaned on the veteran poise of Andrew Hammond (aka the Hamburglar) and they’ve been a terrific duo.  Yet perhaps the biggest infusion to the team came on the bench when Derek Lalonde left to be an assistant for the Tampa Bay Lightning and the Wild gave Tim Army the head coaching job.  Army’s emphasis on team speed, and a hard working style have helped make the Iowa Wild greater than the sum of its parts.  Iowa may not be flush with blue chip NHL prospects, but their blue-collar work ethic makes them relentless and the skill spread out over 4 lines makes them difficult to match up against.

On the blueline, veterans Matt Bartkowski and Nate Prosser have provided solid leadership and Brennan Menell’s game continues to grow as the leading scorer on the backend.  Louie Belpedio may not be the biggest defenseman but he moves well and likes to hit.  Carson Soucy and Hunter Warner have brought their long reach and ability to deny time and space to make for a well-rounded blueline group.

At the end of the regular season, 11-different players had at least 10 goals to their credit.  Part of that is due to having one of the best power play units in the league.  Secret weapon Brennan Menell does an outstanding job as the power play quarterback and with so many gifted scorers to distribute the puck to it makes for a nightmare for any penalty kill to shut down.  The penalty kill has slid a bit lately but overall Iowa’s hustle worth ethic and strong play between the pipes makes them difficult to score on.

I haven’t even mentioned the boost the team got when it added NHL-youngsters Jordan Greenway, Luke Kunin and Ryan Donato.  The trio arrived in a critical situation and made their impact immediately in a 7-3 win over Grand Rapids with Kunin registering a hat trick and Donato had a two goals and 5 points of his own that night.  Check it out for yourself.

But sometimes you simply need leaders to lead the way and that’s what happened a day after their big win in Grand Rapids as team captain Cal O’Reilly put the team on his back to score the overtime game winner in a 2-1 victory over Chicago.  Andrew Hammond was equally brilliant in making 23 saves.

So as you can see, the Iowa Wild seem to have what it takes to make a decent playoff run.  Congratulations to them on making the playoffs so hopefully we will have plenty of more Iowa Wild hockey to discuss in the next few weeks.  Iowa opens the playoffs in a best of 3 series against Milwaukee starting on Sunday.

For the 2nd year in a row, the University of Minnesota-Duluth Bulldogs were victorious with a dominating 3-0 win over University of Massachusetts.  That means the season finally came to an end for Wild prospect Nick Swaney.  Swaney finishes his sophomore season with two national titles under his belt and solid numbers to go along with it as he had 15 goals, 25 points, no penalty minutes, and was a +17 in 40 games.  He didn’t register any points in the national title game but he had 4 shots and performed well on the Bulldogs’ penalty kill as they shut down one of the best power plays in college hockey.  Congratulations to Coach Scott Sandelin and his staff and the players on bringing another National Championship back to the State of Hockey.

For some of the Minnesota Wild’s prospects plying their game in major junior its already come to an end and we’ll do a quick overview of those whose season’s over.

C – Connor Dewar (Everett, WHL) ~ the Wild signee was muted pretty well by Spokane as the Silvertips were shutdown by the Chiefs in the 2nd round of the WHL playoffs.  Dewar had 36 goals, 81 points in 59 regular season games but he had a far more modest 5 goals, 10 points in 9 playoff games.

RW – Shawn Boudrias (Cape Breton, QMJHL) ~ the power forward’s numbers took a dip after he was traded mid-season to Cape Breton from Gatineau where he was more of a go-to player on that team.  The 6’5″, 213lbs right-shot forward had 19 goals, 46 points in 56 regular season games.  Like Dewar, his post-season totals were more restrained as he had 3 goals, 7 points in 11 playoff games as the Screaming Eagles were shut down by Rimouski.

C – Alexander Khovanov (Moncton, QMJHL) ~ the mercurial forward had a good season offensively, but he also was no stranger to the penalty box.  Khovanov had 24 goals, 74 points, 94 PIM’s in 64 regular season games.  In the playoffs he kept up his scoring pace with 4 goals, 10 points in 10 playoff games but were overwhelmed by Halifax in the 2nd round of the playoffs.

The Wild have two players on CSKA Moscow who presently hold a 1-0 series lead in the Gagarin Cup Final over Avangard Omsk as prospect Andrei Svetlakov (2 goals, 8 points in 15 playoff games) had a goal in the victory.  The Athletic‘s Michael Russo reported that there is a possibility that if CSKA Moscow prevails that it may allow Kirill Kaprizov (3 goals, 12 points in 16 playoff games) and Svetlakov to be released from their contracts.  If that is true it could be huge news for the Wild who certainly could use their blue chip prospect’s offensive skills and perhaps Svetlakov’s play in its bottom 6.

In the coming weeks we will start to focus more on the NHL draft especially as NHL Central Scouting will soon release their Final Rankings and other draft publications such as International Scouting Services and HockeyProspect.com release their reports.