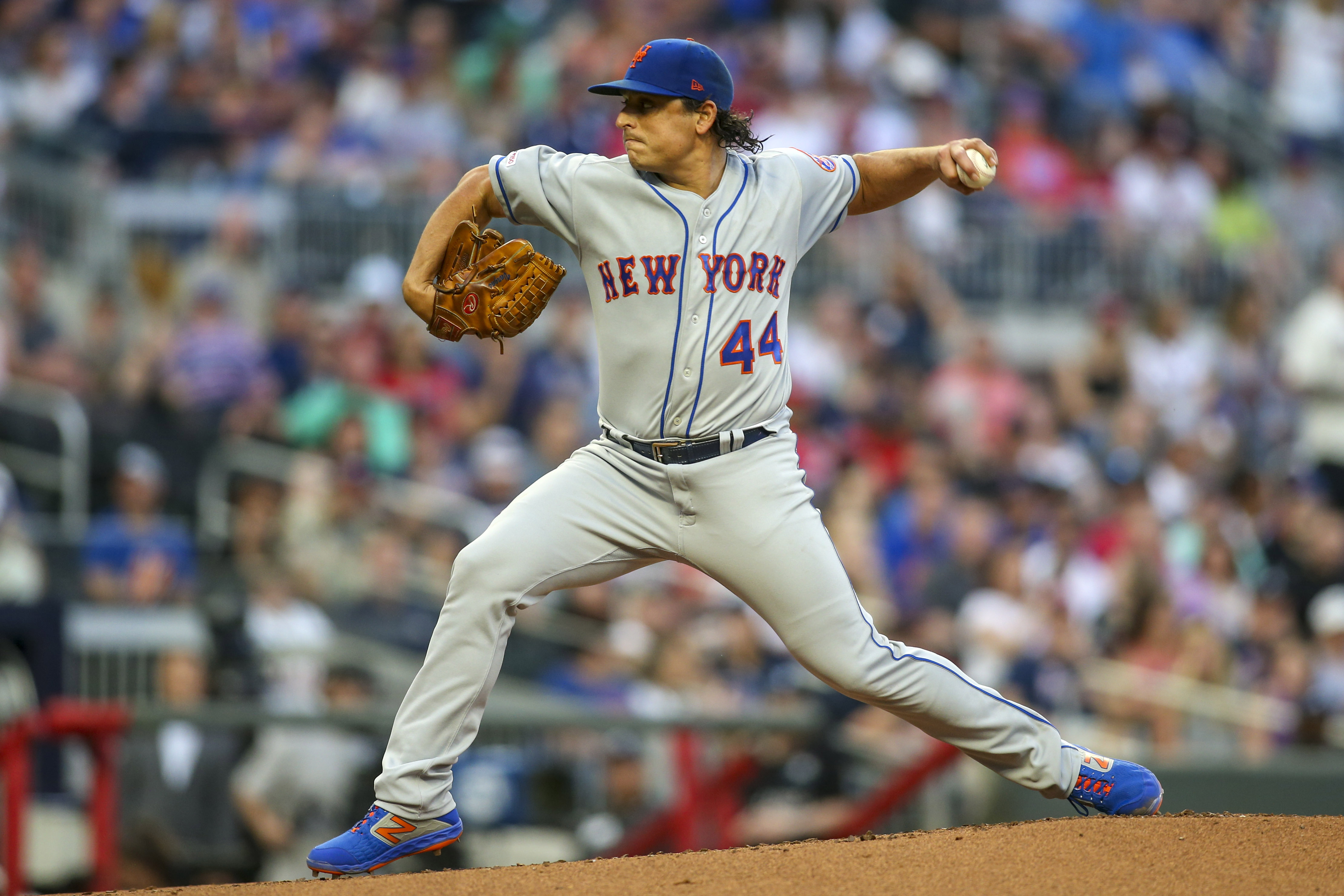 Many New York Mets’ fans were highly skeptical when Jason Vargas was handed a rotation spot in spring training without any competition. General Manager Brodie Van Wagenen began his tenure promising to build a team without “ifs”, and Vargas’ iffy 2018 season made him as big an if as anything on the team. The Mets also didn’t bring in any proven depth behind Vargas, relying on the combination of Corey Oswalt, Chris Flexen, Walker Lockett, and Hector Santiago to fill in behind Vargas.

Vargas didn’t help his cause by failing to get out of the first inning yesterday, allowing four runs and recording just one out in an 11-7 loss to the Atlanta Braves. That disastrous performance forced the Mets to have three different relievers, including Oswalt, pitch at least two innings to get through the game, severely taxing the bullpen ahead of tonight’s game and a big series in Philadelphia starting on Monday.

It’s not as if this was a hiccup for Vargas, who lasted only five innings in his first start of the year against Miami. Vargas did get skipped this time through the rotation, leaving him ten days between starts, but that shouldn’t be an excuse for that abysmal of a performance. The Mets fancy themselves as contenders this season, and they certainly have a team capable of doing it, but punting every fifth game by sending Vargas out there for at best a coin flip chance of winning is counterproductive to that goal.

The problem is that the Mets don’t have a ton of depth beyond Vargas. Oswalt showed potential in spring training, and he may be a short term fix if the Mets pull Vargas from the rotation, but that isn’t a long term answer. The Mets don’t have any pitching prospects close to the big league level either after Justin Dunn was sent to Seattle this winter, with the closest being Anthony Kay at AA Binghamton. Fortunately for the Mets, there is a highly qualified free agent still available in Dallas Keuchel, and there is no reason the Mets shouldn’t sign him.

Keuchel isn’t the same pitcher as he was when he won the Cy Young a few years ago, but he is still a massive upgrade over Vargas. The Mets could easily give Keuchel a multi-year deal to give themselves rotation insurance in the event Zack Wheeler leaves a free agent after the year, making this a move that could kill two birds with one stone. Keuchel would need time to stretch out, with at least a month of minor league starts to get into game shape, but the Mets could presumably get by with some combination of Oswalt, Flexen, and Santiago until Keuchel is ready.

Even if the Mets look somewhere else, they simply cannot afford to let Jason Vargas keep taking starts if they want to go anywhere this year. The Mets scored seven runs last night and were in deep trouble early because Vargas couldn’t record more than one out. The idea that Vargas was guaranteed a job was a huge mistake and one that the Mets need to fix quickly if they want to win a very competitive National League East.