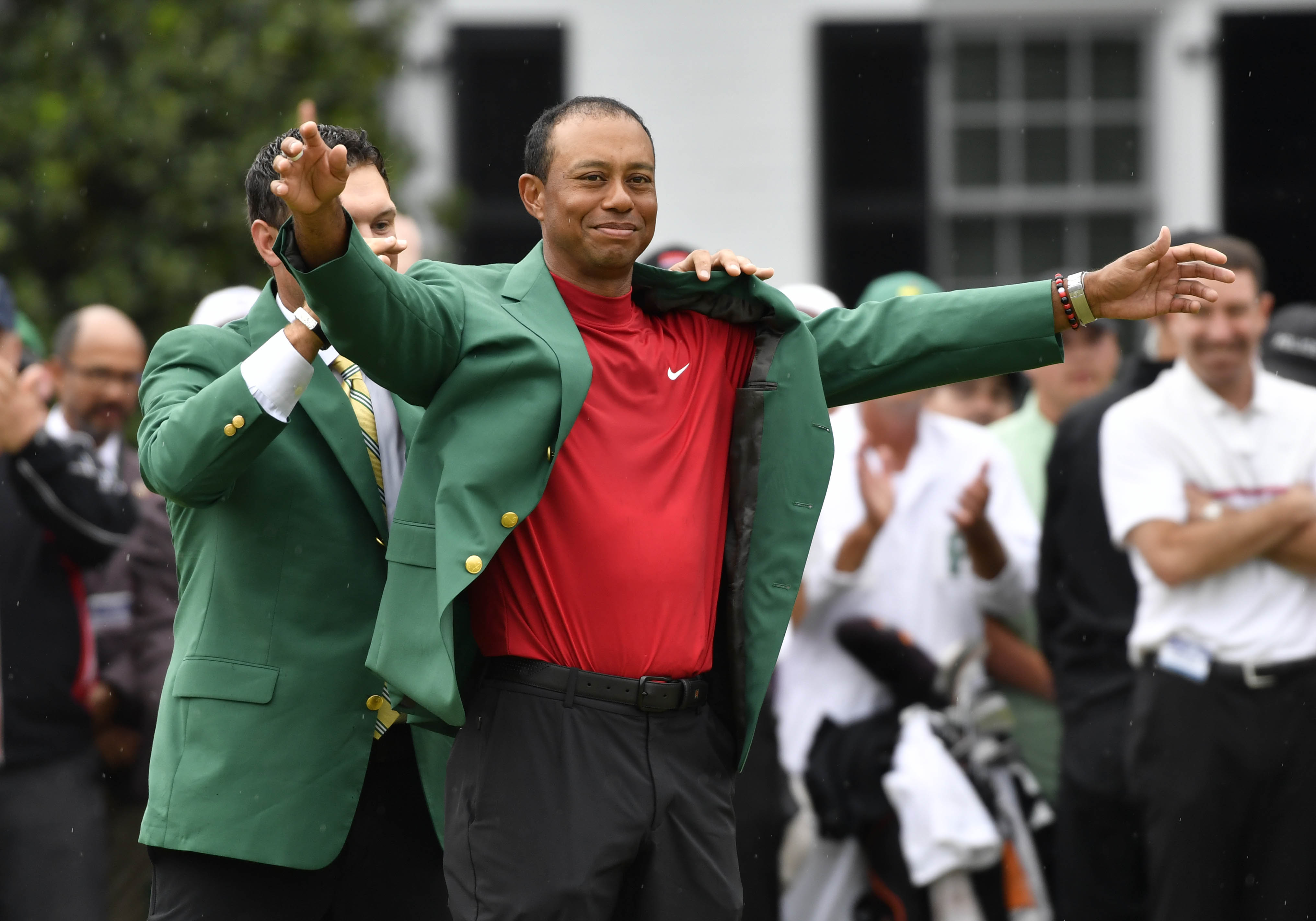 Tiger Woods is a champion once again — having won the 2019 Masters Tournament at Augusta National on Sunday — and the sports world went nuts celebrating his victory.

Woods held on to win by shooting a -2 on Sunday, finishing with -13 for the tourney. He fended off both Dustin Johnson and Brooks Koepka (who thrives at Augusta National), both of whom finished with a -12, just behind him.

Tiger’s win had a throwback feel, as his swagger, poise, confidence, even putting — it was all back. He was back, and maybe, for now, he *is* back, and it was great to see.

The win was just another notch on Woods’ bedpost, as it was his 15th major win, which is ridiculously impressive. Here are all the other ones.

And given that social media went nuts celebrating the win, the memes were flying off the rails afterward. Here are some of the best ones.

The king has reclaimed his throne pic.twitter.com/HDuU6JiEYB

Me, immediately after: "That's what she said" pic.twitter.com/NJ2shISOaB

This dude wins the Masters pic.twitter.com/XPEhG1IOQc

Tiger's smile says it all pic.twitter.com/ztohdxtRFQ