Your Morning Dump... Where it's put up or shut up time for Playoff Kyrie 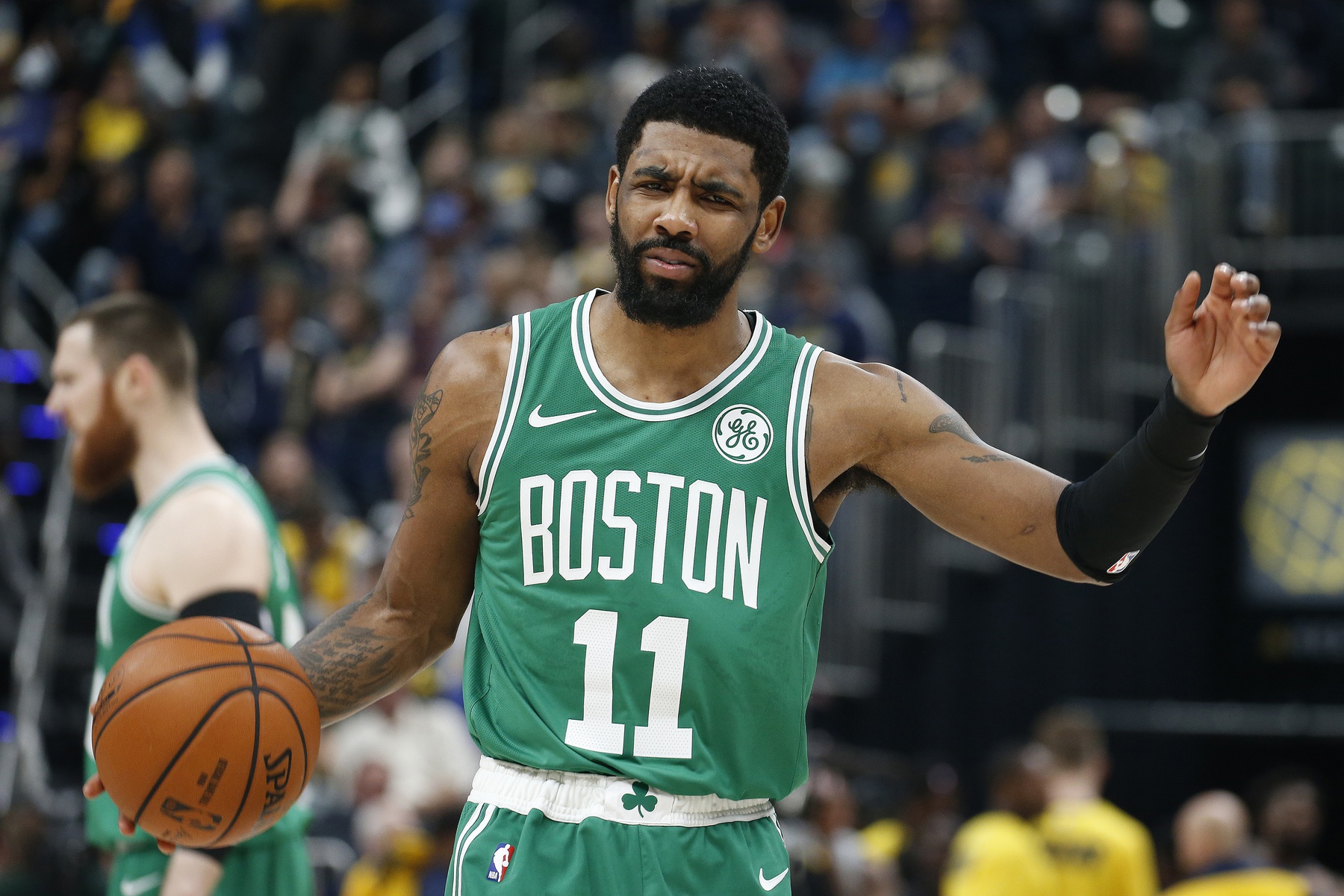 Your Morning Dump... Where it's put up or shut up time for Playoff Kyrie

“Oh, definitely. I can definitely vouch for that,” said Marcus Smart, shaking his head and sighing. “The things that he did in the playoffs against me, against other people, it’s remarkable, man.

“I love playing against Kyrie. But I really love playing with Kyrie. He’s just different [in the playoffs]. He’s a different type of guy where the things that he can do and the way he can affect the game with the way he does it.”

Smart is one of only four players that remain from the 2016-17 team that danced with Irving and the Cavaliers in the Eastern Conference finals. The mention of Playoff Kyrie seems to have them all rewinding to the same moment: Game 4 in Cleveland. We’ll let coach Brad Stevens take it from there.

“The stretch I remember the most was, we found a way to win Game 3 in Cleveland [after losing twice in Boston], and then we’re up 16 in Game 4, I think in the second quarter,” said Stevens, nailing the details of a game Boston owned a double-digit halftime lead.

“[Irving] starts feeling it a little in the second. And then his third quarter was just insane…I just think he has the ability to go on those runs and make tough shots. Inevitably, in the playoffs, it becomes very important to make a play that isn’t there, and we have a great deal of faith and trust in him.”

There’s a tremendous amount of pressure on Kyrie Andrew Irving. A man who begged out of the shadow of the game’s most talented (and insert your alternative LeBron James adjective here) player so he could own the spotlight.

A knee injury delayed entry into that spotlight, but there’s no avoiding it now. We are here.

While Irving proved exceptional on the court during the regular season, his leadership and media interactions were anything but as the Celtics failed to collectively meet preseason expectations.

I don’t care about his 21-point quarters or the statistical averages. If Irving truly is the player he says he is, he needs to lead the Celtics to victory. In this series, and the next. Anything else is a failure.

If that’s too heavy for you, I’ll counter with this Celtics-infused Star Wars trailer:

On Page 2, who gets the start for Marcus Smart?

There are any number of possibilities for Marcus Smart’s replacement in the starting lineup, with perhaps the two most logical choices Jaylen Brown and Terry Rozier.

And Brown, who may finally be emerging from his bout with a sore lower back, doesn’t seem to mind. He’s been a major part of the bench’s resurgence, and has formed a nice two-way chemistry with Gordon Hayward.

He’s also a natural to replicate Smart’s defensive role, especially where taking on a scorer like Indiana’s Bojan Bogdanovic is concerned.

“In the playoffs it’s different,” Brown said before yesterday’s practice at the Auerbach Center. “Matchups, everything comes into consideration, so at the end of the day it just becomes basketball. We just want to be on the floor. It doesn’t matter – in the playoffs it doesn’t matter if you’re starting, coming off the bench, or sweeping the floor. You just want to be out there, especially with the Celtics, because it’s one of the best environments, probably the greatest in the NBA.

“It don’t matter to me. It’s not my decision, my call,” he said. “I’ve just got to be ready. Whatever happens, I didn’t wake up and put on the green jersey for a reason. I just threw this sucker on. It just happened to fall like that. But, whatever it is, it doesn’t matter to me. I’ll be ready.”

If the Pacers roll out 6-6 Tyreke Evans at shooting guard, I have to think Brad Stevens counters with Jaylen Brown. Jaylen just gives Boston more flexibility when it comes to guarding Evans, Bogdanovic and even Thad Young.