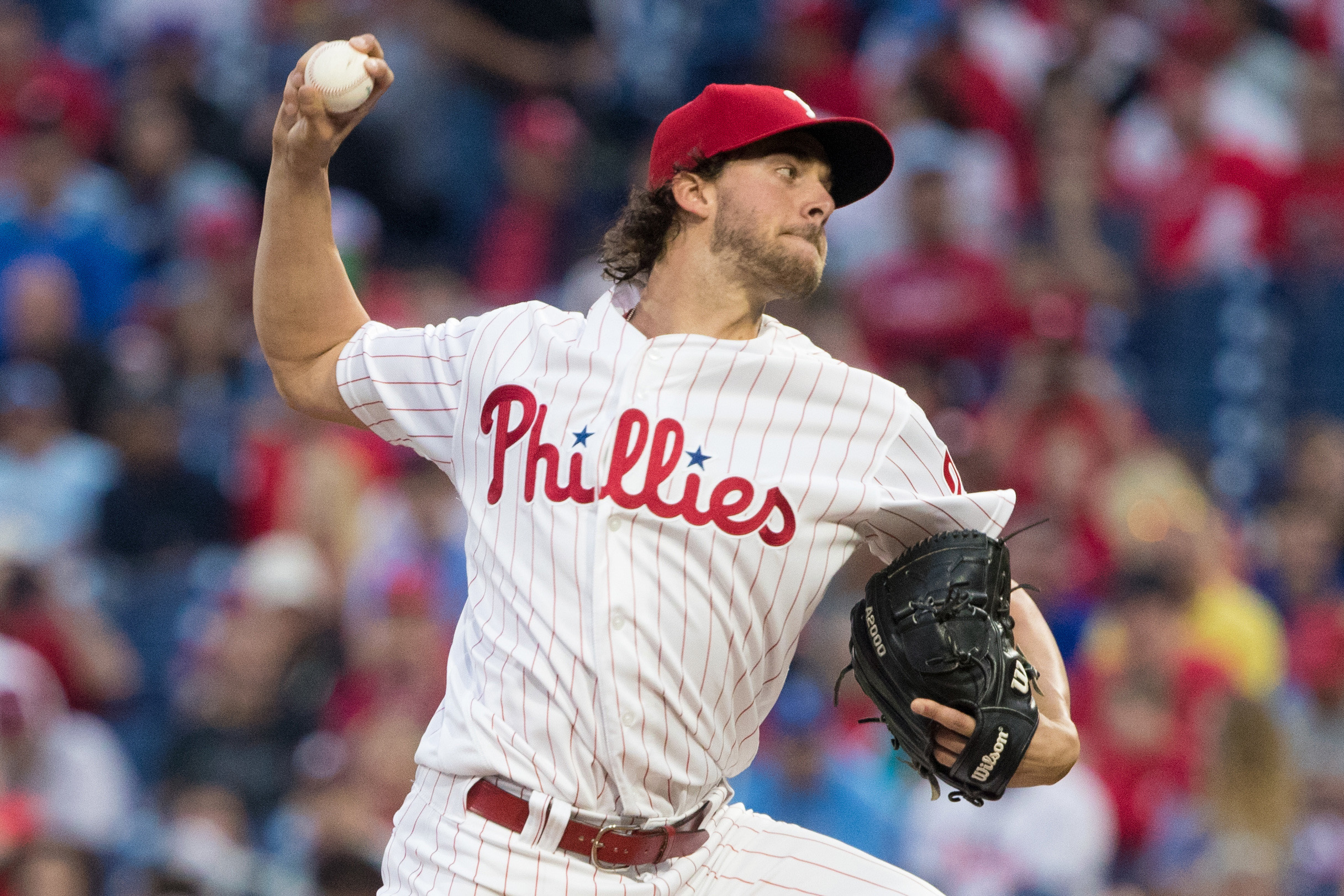 Through 14 games, Phillies starting pitchers have posted a 4.76 ERA with a 5.31 FIP. Considering the expectations coming into the season, it’s unsurprising to see fans disappointed. Although, early in the season, results-based stats can paint a deceiving picture due to small sample size. Instead, pitch usage rates for starting pitchers can be much more significant in only a few starts.

They are especially interesting to follow with Philadelphia. Their rotation is the same as it has been for nearly a full calendar year, so the changes are easy to follow. Additionally, outside of Jake Arrieta, the entire staff is on the younger side, so the development of each pitcher is interesting to follow.

Nola has unexpectedly struggled following a top 3 NL Cy Young season. While you would generally want to mirror the same process as 2018 considering the results, there have been a few changes. Whether these adjustments are what is causing the slow start or whether they are just further progressions to a future as a Cy Young candidate.

Overall, Nola has started to throw his curveball even more, going from 30.9% usage in 2018 to 34.1% usage in 2019. It may not seem like a large increase, yet once you consider the 30.9% was already the 2nd most in the MLB among qualified pitchers, it seems much more meaningful. Under the theory that you should just pitch your best pitches more, calling for Nola’s devastating breaking ball more often is logical. Over his career, Nola’s curveball has generated an 18.6 SwStr% and has been thrown in the zone a solid 42.3% of the time in the zone. Most of the increased curveball usage has come when ahead in the count and with two strikes, which should help him generate deep counts into strikeouts in the end.

Of course, other pitches have to be thrown less for his curve utilization to be increased. So far this season, Nola has thrown 6% fewer changeups so far in 2019 in comparison to his career-year in 2018. His changeup plays well off of his fastball, with an 8 mph difference between the 2 pitches. Individually, Nola’s changeup gets fewer swings and misses and also is out of the zone more often than any other pitch in his repertoire. Whether that helps his command of the strike zone in the long-term is yet to be seen, however.

One of the detriments of Nola’s 2019 has been the first pitch of the at-bat. Whether a batter starts off in a 1-0 or 0-1 count can make a huge difference. In 2018, Nola got a strike on the first pitch 69.4% of the time, 2nd in MLB. In 2019, that number drops all the way to 47.7%, the lowest in MLB. Clearly, dropping from one extreme to the other has hurt. Maybe that decrease doesn’t last long, but there has been a clear difference in the usage on his first pitches. To both right-handed and left-handed hitters, Nola has thrown more four-seamers in comparison to 2018 as well as fewer sinkers. Over his entire career, Nola has thrown a higher percentage of four-seamers in the zone than sinkers. Even in 2019, where first-pitch strikes have been a problem, Nola has commanded his four-seam fastball better than his two-seamer. Whether this change in pitch usage to start off the at-bat will continue to hurt him doesn’t seem likely, but it is something to watch closely.