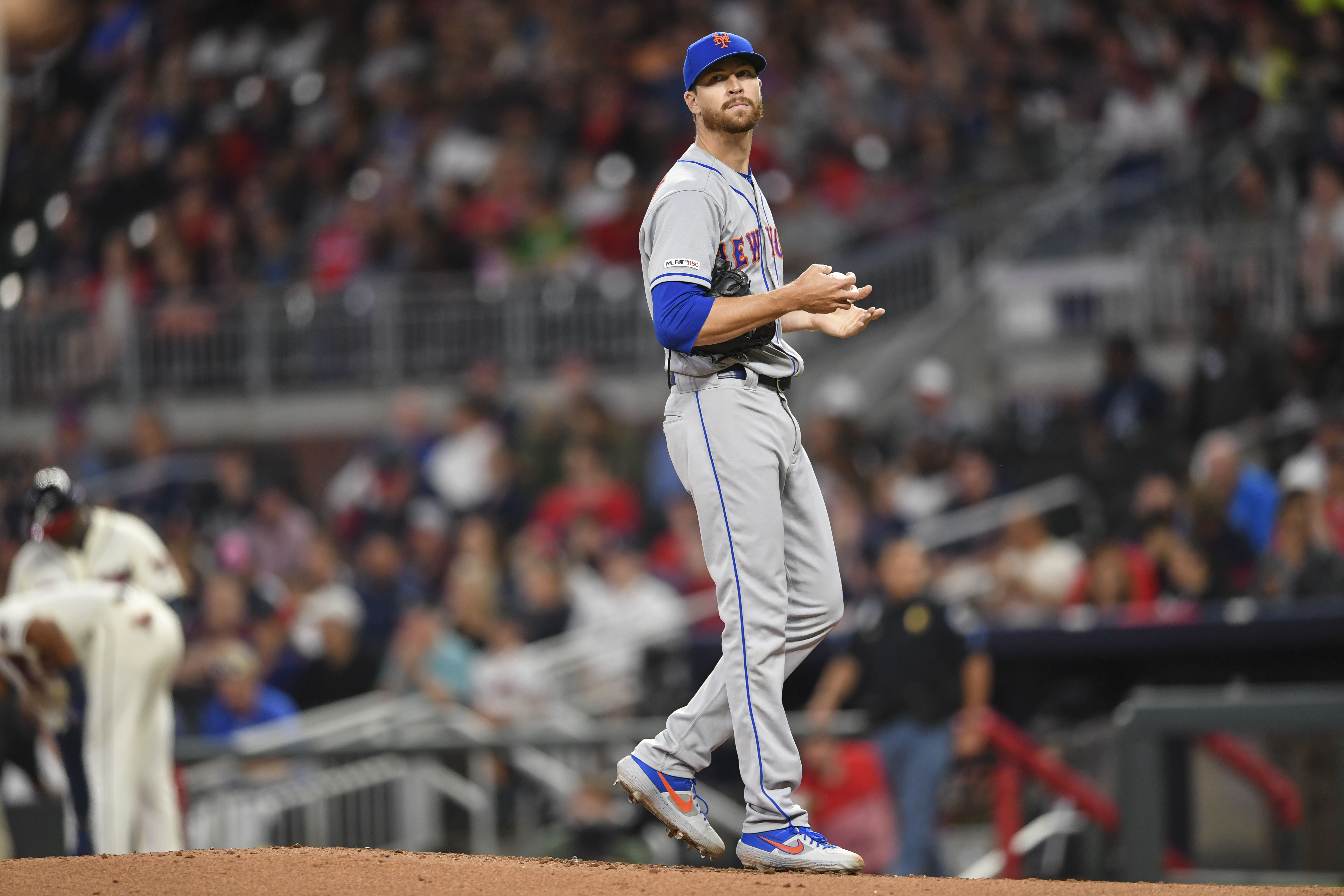 Spoiler Alert: Jacob deGrom didn’t make it to the sixth again. It’s not the streak anybody wants. deGrom threw 114 pitches in five innings in a 7-3 loss to Atlanta to hand the Braves the series split. Jacob still struck out nine but he walked four, got squeezed on a handful of calls, and gave up a laser beam of a home run to Josh Donaldson in addition to one he gave up to Nick Markakis. deGrom, after giving up 10 home runs all season in 2018, has given up five in four starts this season. (He gave up his fifth home run last season on June 23rd.)

Sure, I’m concerned about him. But ultimately, I think he’ll be fine even if he’ll never be 2018 again … and he doesn’t have to be. More concerning is that the Mets are going into the Phillies series with a spent bullpen. It’ll be up to Noah Syndergaard to pick up deGrom again, just as he did against the Twins last week.

This road trip so far is all about your perspective. To go 2-2 on the road against the division champs is a very good thing. But to drop the last two with your ace putting up fifth starter numbers and your fifth starter putting up Oliver Perez numbers is not a good thing. Which camp are you in? I’m not sure which camp I’m in but I can probably give you a better idea once we find out how Syndergaard does against Bryce Harper and Co. over the next three days.