Top Seven Reasons Aaron Rodgers Will Bounce Back in 2019 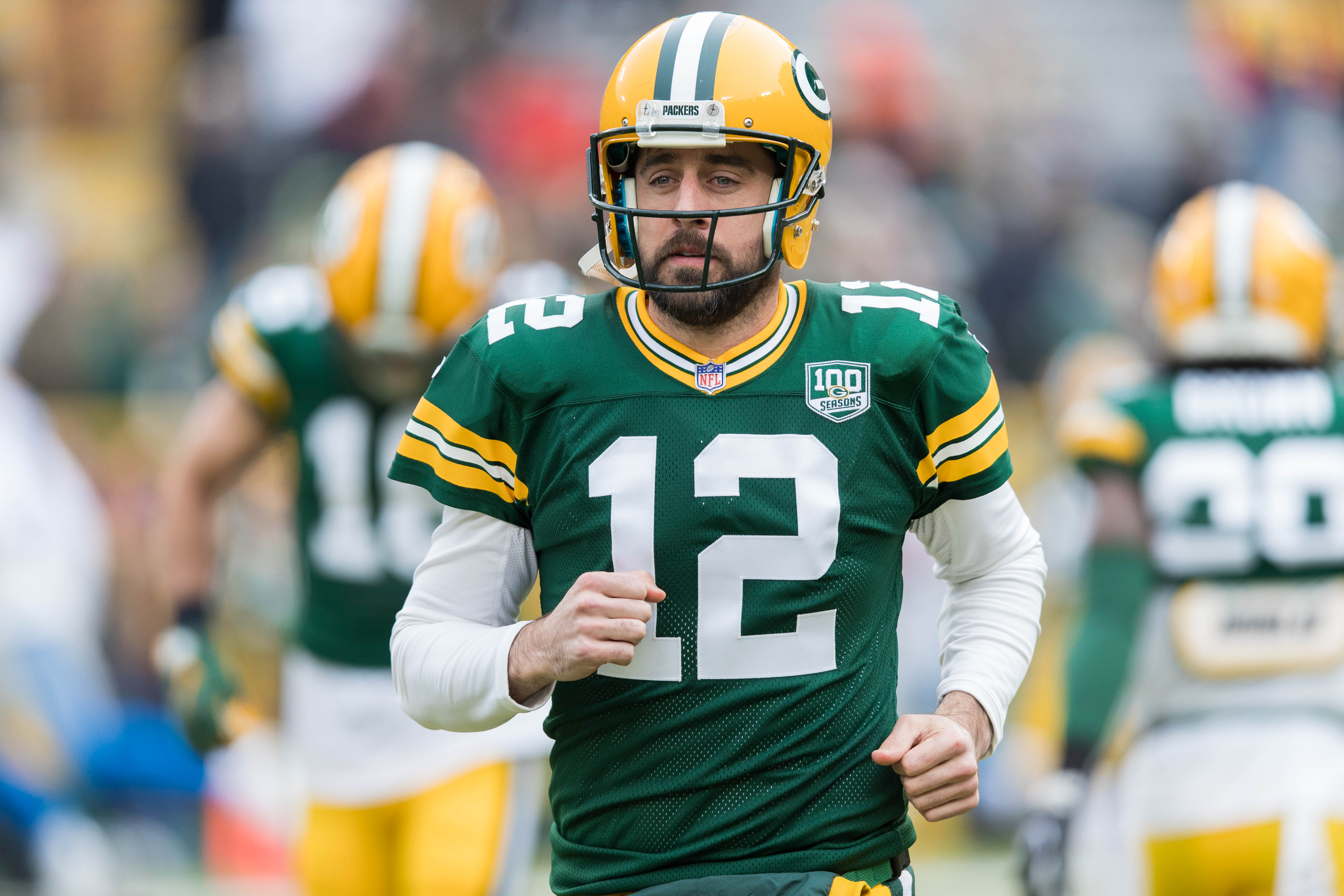 Top Seven Reasons Aaron Rodgers Will Bounce Back in 2019

Green Bay Packers quarterback Aaron Rodgers had a disappointing season in 2018. His accuracy was off, he was trying too hard to create splash plays downfield and his decision making came under question. Most importantly, the Packers finished 6-9-1 on the season even though their franchise quarterback started all 16 games.

Keep in mind that many NFL teams would be thrilled with the numbers Rodgers put up in his “off” season. His touchdown to interception ratio was 25-to-2 while his quarterback rating was 97.6. Still, those who have watched Rodgers over the course of his Hall of Fame career know he is capable of much more than he showed in 2018.

Here are the top seven reasons why Rodgers will bounce back and have a better year in 2019 than he did in 2018:

Aaron Rodgers suffered a serious knee injury in the team’s Week 1 comeback win over the Bears last season. Last week, he revealed that he played all season with a hairline fracture in his knee, not just a bone bruise or a sprain as originally believed. The injury clearly affected his ability to elude the rush and to throw accurately.

Assuming he can stay healthy, Rodgers will be more accurate and better able to extend plays. This alone should make a big difference in the quarterback we see on the field in 2019.

Whatever the truth was about the relationship between Rodgers and former head coach Mike McCarthy, it was clear by last season that they were no longer functioning well as a team. Rodgers no longer had confidence in McCarthy’s system or his play-calling abilities. He often disregarded the plays his coach called and changed them at the line of scrimmage.

After a 22-0 victory over the Bills in Week 4, Rodgers called out the offense and was critical of his team’s performance to the press.

This year, Rodgers will have a new offense to learn. This should keep him more engaged and challenged rather than working on autopilot and being frustrated. Things should be fresh and new for Rodgers and that should make him more enthusiastic and improve his performance.

If Rodgers and new head coach Matt LaFleur just have an OK working relationship, it will be a step forward from last season. This should help Rodgers improve his level of play.

3. At Least One of the Second-Year Receivers Will Step Up in Year 2

Injuries decimated the receiving corps last season. Randall Cobb, Geronimo Allison and Jake Kumerow all missed substantial playing time. The Packers were forced to rely heavily on Davante Adams and three rookie receivers who showed their talent at times but were also very inconsistent at others. Rodgers never developed a high level of trust in his rookie wideouts and the results were a more uneven performance by Rodgers and the entire offense.

The realistic hope is that at least one of the three draft picks from last season, Equanimeous St. Brown, Marquez Valdes-Scantling and J’Mon Moore, takes a step forward in year two of their NFL careers.

Injuries also prevented Rodgers from working with these receivers in practice for much of the season and that further limited his ability to develop trust in them.

With increased experience and more practice time, Rodgers should be able to have better chemistry with his young receivers and the offense should be more productive as a result.

4. The New Offense Will Place a Greater Emphasis on the Running Game

LaFleur has stated that he will place in increased emphasis on the running game in 2019. His past offenses ran the ball more often and more effectively than that Packers have in recent seasons.

A better running game means that the Packers will be passing more on third and manageable distances rather than third-and-long. It will also serve to keep opposing defenses off-balance and make the play action pass a more effective weapon.

Rodgers should have less pressure to do it all next season and should be facing more manageable situations as a result of an improved and more effective rushing attack.

5. Right Guard Will Be Resolved

The Packers had a tough time at right guard last season with Justin McCray, Byron Bell and Lucas Patrick all getting starts. None of them played well enough to solidify their hold on the position and the result was more pressure on Rodgers than the Packers would have liked.

The signing of free agent Billy Turner should help solidify this position. The Packers should also add a guard in the draft this year while 2018 draft pick Cole Madison has rejoined the team after sitting out all last season due to personal issues.

A healthier Lane Taylor on the left side should also help solidify the interior offensive line and give Rodgers more time to throw in 2019.

6. All the Negative Press Will Motivate Rodgers

One thing about Aaron Rodgers is he is very competitive, and he remembers anything that he perceives as a past slight against him and uses it as motivation.

Rodgers has called the recent stories in the press about his relationship with McCarthy and the team’s front office as a “smear attack.”

The stories in Bleacher Report and Sports Illustrated questioned how coachable Rodgers is and raised doubts about his leadership. Rodgers will certainly not forget them.

The only way Rodgers can prove them wrong is to work well with LaFleur and play at a high level in 2019 and beyond. Rest assured A-Rod will be motivated and ready to go next season.

7. The Draft Will Bring in More Help at WR and TE

The 2019 NFL Draft is still more than a week away, but many mock drafts have the Packers utilizing at least one of their top three picks this year (12th and 30th in the first round and 44th overall in the second round) on either a wide receiver or a tight end.

Tight end seems a more pressing need with Jimmy Graham being on the wrong side of 30, having a high salary and mediocre production in 2018.

While rookie receivers typically don’t make a major impact right away, new talent should be able to help the receiving corps improve by the end of 2019 and that can only help Rodgers’ performance.