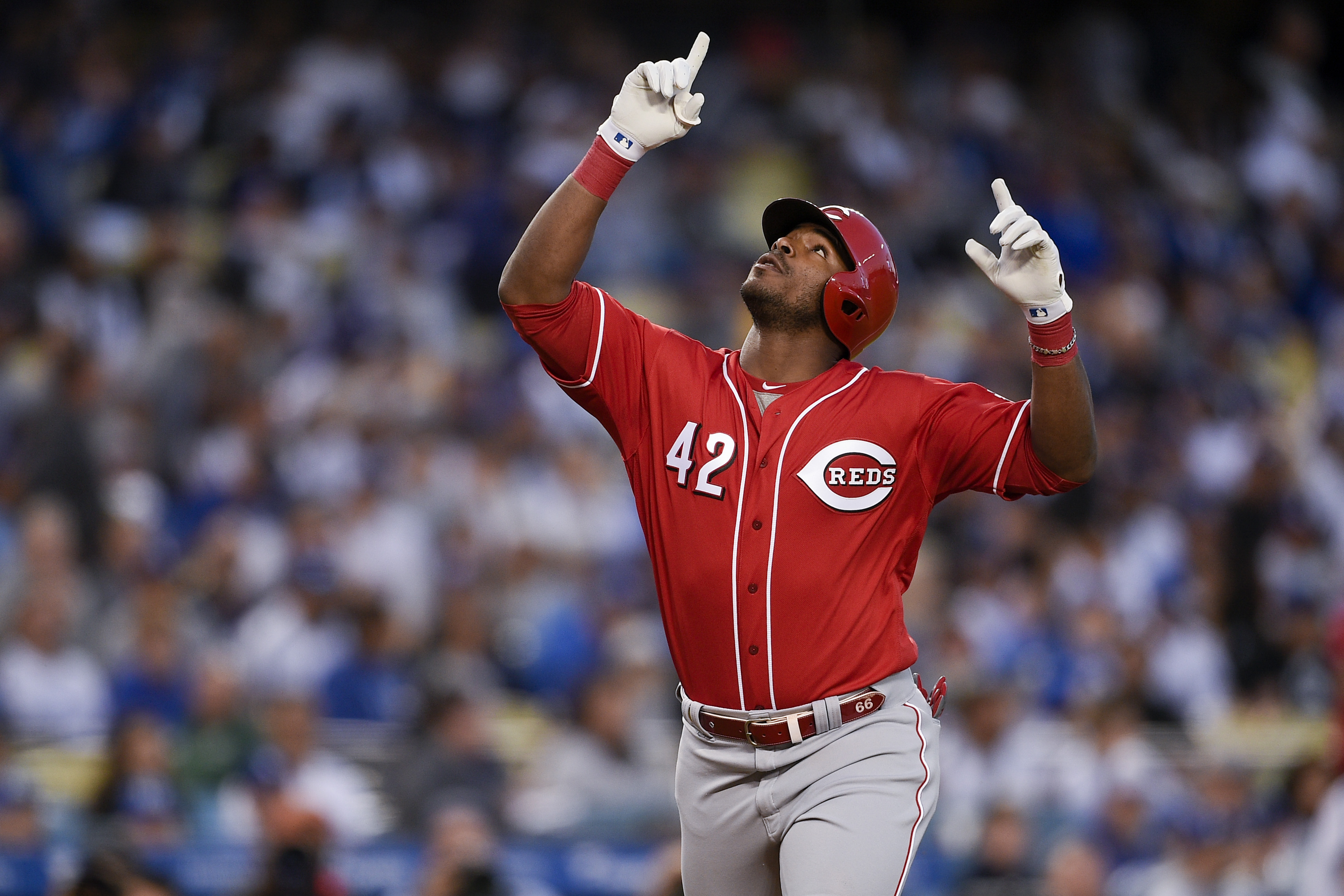 Reds outfielder Yasiel Puig had his ups and downs with the Dodgers, but he was still welcomed back home to LA with open arms in his first game back on Monday night.

And he had something for Dodgers fans and players as well, something it appeared he’d been saving for just that occasion.

Puig came to the plate in the first inning, in his first at-bat since returning to Dodger Stadium. Not only that, he was facing Dodgers ace Clayton Kershaw. Puig was clearly locked in on the at-bat, as he crushed a pitch to left field for a two-run homer.