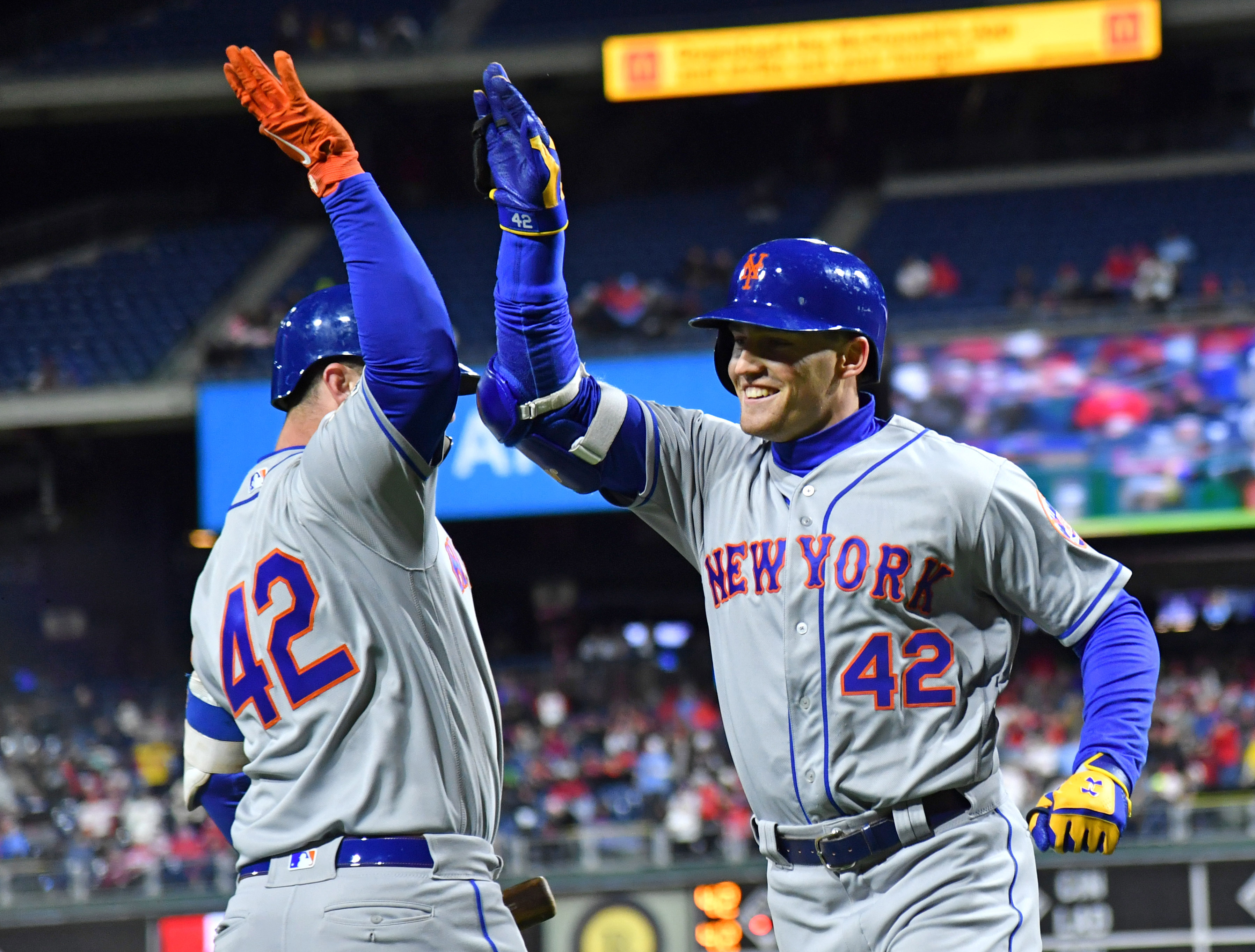 The New York Mets (10-6) had to play extra innings last night thanks to some wildness from Jeurys Familia, but they still got the job done. A two out bullet off the glove of Rhys Hoskins from Michael Conforto brought Juan Lagares in with the go-ahead run in the Mets’ 7-6 win over the Philadelphia Phillies (9-6), a good start to a big season series between the National League East rivals. The win brought the Mets to 3-2 on their 10-game road trip, and they will look to secure a series victory over the Phillies tonight. First pitch for tonight’s game is scheduled for 7:05 p.m. at Citizen’s Bank Park.

The Mets will send lefty Steven Matz (1-0, 1.65 ERA) to the mound this evening. Matz was excellent in his last start, allowing two runs in six innings to defeat the Atlanta Braves last Thursday. The Phillies will counter with young right hander Nick Pivetta (1-1, 9.45 ERA). Pivetta was torched by the Washington Nationals last Wednesday, giving up seven runs in 3.2 innings to suffer his first loss of the year.