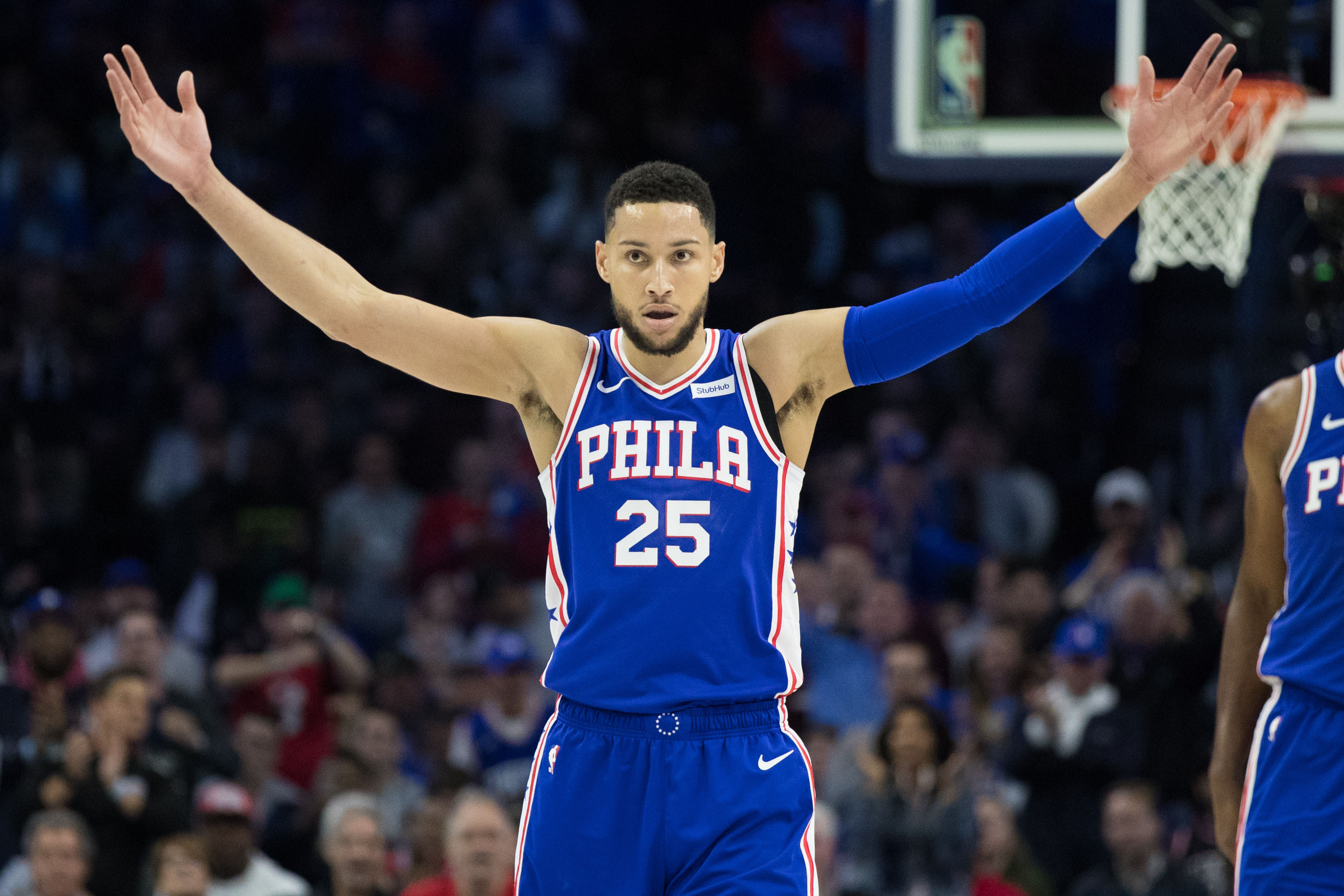 These were the words from a frustrated Ben Simmons, who had a lackluster performance in Game 1 against the Brooklyn Nets on Saturday afternoon at the Wells Fargo Center.

The second-year point guard had a stat line of nine points, seven assists, three assists, and three turnovers, which was just a microcosm of how bad the third seed Philadelphia 76ers played.

Nothing went right for Simmons or anybody else on the team, leading to fans booing them numerously and criticism on various media platforms.

Therefore, to no one’s surprise, the former Rookie of the Year award winner was singing a different tune on Sunday when asked about his comments after Game 1.

“It’s Philly. That’s what’s going to happen. I love it. That’s how Philly is. If you can’t play here, you can’t. They’re going to give you s—, they talk s—, it is what it is,” said Simmons (h/t NBC Sports Philadelphia).

“If you’re not playing well, they’re going to let you know, but I love being here. I love the fans here. I wouldn’t want to be in a place where they didn’t really care or only showed up when times are going well. A few years ago we were winning 10 games.”

However, words are only words at the end of the day. If Simmons wanted to change the narrative about himself or the team, they needed to beat the Nets in a must-win game on Monday night.

Nevertheless, Philadelphia did just that, defeating the Nets, 145-123 to even up their first-round series at 1-1.

One of the reasons why the Sixers were able to come away with the victory was because of an aggressive-minded Simmons.

The young floor general set the tone immediately taking the opening tip to the rim. While he did not score on one his of many attempts, it was clear that Simmons was in full-on attack mode.

Simmons had 18 points on 8-of-12 shooting from the field to go along with 12 assists and 10 rebounds. It was the type of performance that Sixers fans and head coach Brett Brown was looking for from the former first overall pick.

“I thought that the way he defended D’Angelo [Russell], in the third period especially, D’Angelo had no points, they had no threes in that period and so much of their firepower is the three-point shot.”

Brown was correct in his assessment of Simmons’s performance as he gave 100 percent on both ends of the floor. When he was not scoring points, he was either grabbing rebounds or getting his teammates involved.

Furthermore, on the defensive end, the former LSU product made sure clamp down on Russell, who had a great first half but was a non-factor in the Sixers’ outstanding 51-point third quarter.

At his post-game press conference, Simmons explained what his mindset was heading into a must-win game.

“Yeah, just try to be me. Be aggressive. Find my guys and just play the game the right way,” he said.

However, just like Jimmy Butler, who was not happy with his performance after Game 1. Simmons still believes that he has some room to improve.

“I think I had too many turnovers. I was aggressive. Just try to play the game the right way. I think I delivered, but, you know, at the same time, we still got a few more games. It was only one game.”

Even though Simmons thought he had too many turnovers, he is right in that it was only one game. If the Sixers want to win this tough first-round series, they will need to duplicate this performance three more times.

They must win the rebounding battle, dominate in the paint, and impose their will on Brooklyn, which Simmons did so well on Monday night.

Third-year center Joel Embiid, who had a bounce-back game in his own right, echoed those same sentiments about his point guard.

“When you see him play with that type of energy, it picks you up, it lifts you up and it makes you want to play the same way. I thought tonight [his energy] was fantastic, and that’s the energy we need for the rest of this series and the playoffs.”