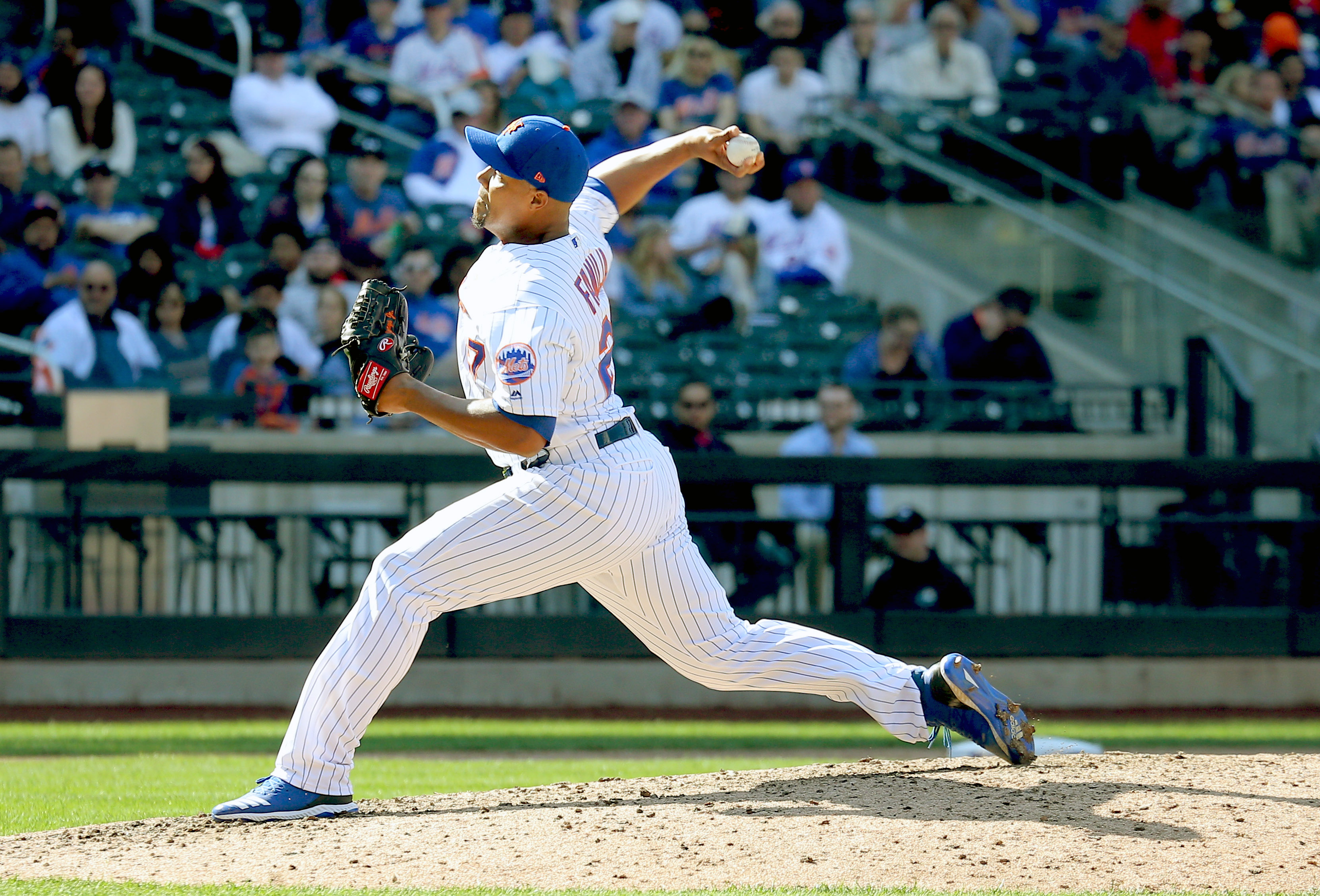 The New York Mets’ bullpen appeared to be a significant strength entering the season. After adding Edwin Diaz in a big trade with the Seattle Mariners, the Mets doubled down on the back end of the pen by bringing back Jeurys Familia to serve as a setup man. Familia had closed for the past several years with the Mets, but slid into a setup role for Oakland down the stretch last season, offering hope he could stabilize the eighth inning here. That has not been the case as Familia has been awful, an alarming development early in the season.

Familia’s latest disaster came in last night’s game, when he gave up a hit and walked three batters in a third of an inning to help blow a 5-3 lead in the eighth. The Mets went on to win the game in 11, but Familia has been a mess for about a week now. Familia has been scored upon in four of his last five outings, ballooning his ERA all the way 6.48. Command has been a big issue for Familia as well, with poor control of his sinker contributing to a ridiculous nine walks in 8.1 innings pitched, a big factor in Familia’s 2.16 WHIP.

Those numbers are unsustainable for a mop up man, let alone a setup guy, so the Mets need to find a way to get Familia fixed quickly if they want to go anywhere this year. If the Mets aren’t planning on using Edwin Diaz for multiple innings before the playoffs, Familia is a much bigger part of the bullpen, and they can’t afford to have him blowing leads before the game even gets to Diaz.

The problem the Mets have is that even if they pull Familia from the eighth to work on his command in lower leverage spots, they don’t really have anyone else pitching well outside of Diaz. Justin Wilson has been hit or miss while Seth Lugo and Robert Gsellman have both been inconsistent. This is where the speculation about Craig Kimbrel comes into play, especially since he could pitch the eighth inning and bump Familia down the pecking order for a year or so.

While it remains unlikely the Mets splurge for Kimbrel, they need to do something to get Familia back on track. Outside of Diaz, Familia is the most important reliever in the Mets’ bullpen, and they can’t afford to have to go find another set up guy this early. History says that Familia should improve once he gets better command of the sinker, but the Mets need to start preparing for the event that he isn’t the lockdown eighth inning guy they thought they were getting.