Trust The Process, But Not The People 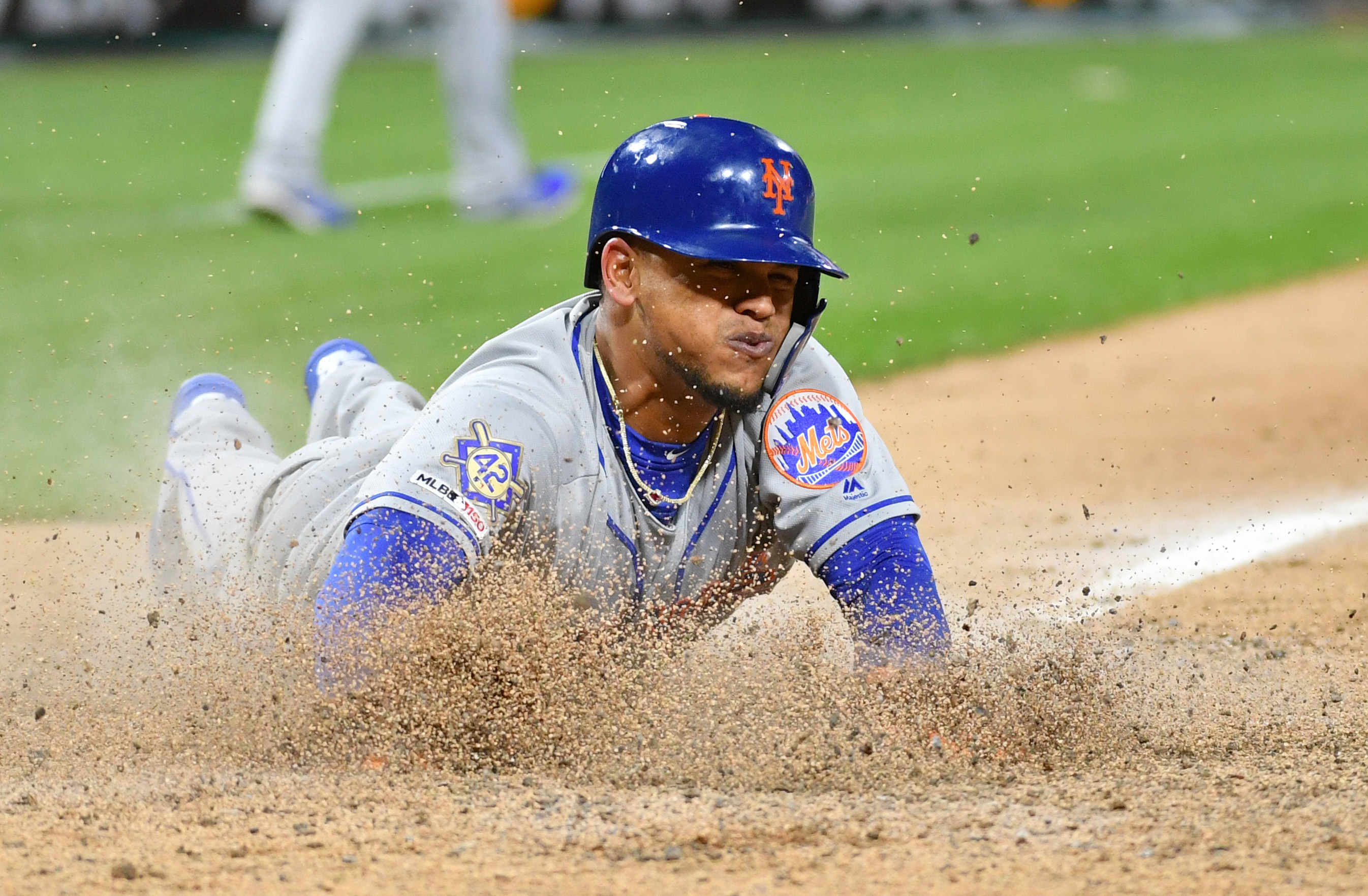 Trust The Process, But Not The People

Not to label Noah Syndergaard’s awful evening or Brandon Nimmo’s home run as inconsequential, but due to time constraints we move ahead in the action.

It’s 6-5 Mets going to the bottom of the 8th, and Jeurys Familia is coming in to pitch to Odubel Herrera, Cesar Hernandez, and Mikael Franco. Taking into account that the Phillies lineup is as deep as it has ever been, this is still the bottom of the order, and Jeurys Familia is getting paid $30 million over three seasons to not turn bottoms of orders into hell on earth. But Familia gave up a single to Herrera, a walk to Hernandez, and a heat seeking missile headed towards the outfield that Jeff McNeil turned into a double play, To follow up that bit of serendipity, Familia walked pinch hitter Andrew Knapp, a .191 hitter over the last two seasons, then walked Andrew McCutchen to load the bases before Mickey Callaway pulled him.

The moves that followed can be debated all night. But none of those moves happen if Jeurys Familia can get three freaking outs against the bottom of the order. That’s not up for debate. This game was crawling along in the mist and the fog and the wind for three plus hours and the Mets desperately needed somebody to restore order to the situation. Instead, Jeurys Familia threw seven strikes in 23 pitches, and walked Andrew .191 Knapp.

Callaway brought in Robert Gsellman instead of bringing in Edwin Diaz for a four out save, and it was explained that Callaway and company decided that Diaz was only going to be a three out save guy until the playoffs. I’m sure they have their reasons. Diaz only got four outs three times during his incredible run last season. And it worked out as Diaz was available to come in for the save in the 11th for the heart of the Phillies order. Of course, if Gsellman gives up a grand slam to Jean Segura instead of walking him to tie the game, then we’re blasting Callaway more than we’re doing now. I personally was more agitated at Mickey burning his last man on the bench in a clear bunting situation when he could have used a pitcher who has actually bunted in the last three seasons after the game went into extra innings, but that’s just me.

At this point, and I know I’m in the minority, I’d much rather have Craig Kimbrel than Dallas Keuchel … especially if Callaway is going to use Diaz strictly as a three out guy who starts clean innings. If Familia can’t be trusted to get the job done, get somebody who can so that Diaz can continue to be a part of “the process”. If you have to move Seth Lugo to the rotation to replace Vargas, then do what you gotta do. Lugo is much better in the bullpen but at this point, that back end needs to be shored up. Kimbrel also, to me, runs less of a risk of having a wasted season in 2019 than Keuchel, a touch and feel pitcher who might take longer to hit his stride mid-season, if he hits it at all. Kimbrel, a hard thrower, might benefit more from the extra rest than Keuchel, and if Familia is going to keep being unreliable in big spots, then it’s time to strongly consider Kimbrel for the back end.

Best case scenario: Kimbrel is brought on, Diaz doesn’t get overworked, Lugo stays in the pen, and somebody in the minors can step up and replace Vargas. (Isn’t that why you acquired Walker Lockett in the Kevin Plawecki trade?) Other case scenario, Lugo is your fifth starter, isn’t quite as effective as he is as a reliever but is still better than Vargas, and either Vargas is released or he becomes the guy in the pen that mops up awful games so that you don’t have to burn a decent arm. Yell at Mickey all you want, but this is on Brodie to fix now.

But let all of this not detract from the fact that the Mets overcame all of this nonsense to defeat the Phillies in Philadelphia to go 3-2 on the most important April road trip of all time. They had to go 11 innings to do it as Rhys Hoskins’ error plated Juan Lagares with the winning run, and Diaz worked his magic in the bottom of the 11th. Thank goodness it wasn’t 15 or 16 because all the position players were gone and I’m not sure I’d want to see Vargas up with the bases loaded down by three runs.