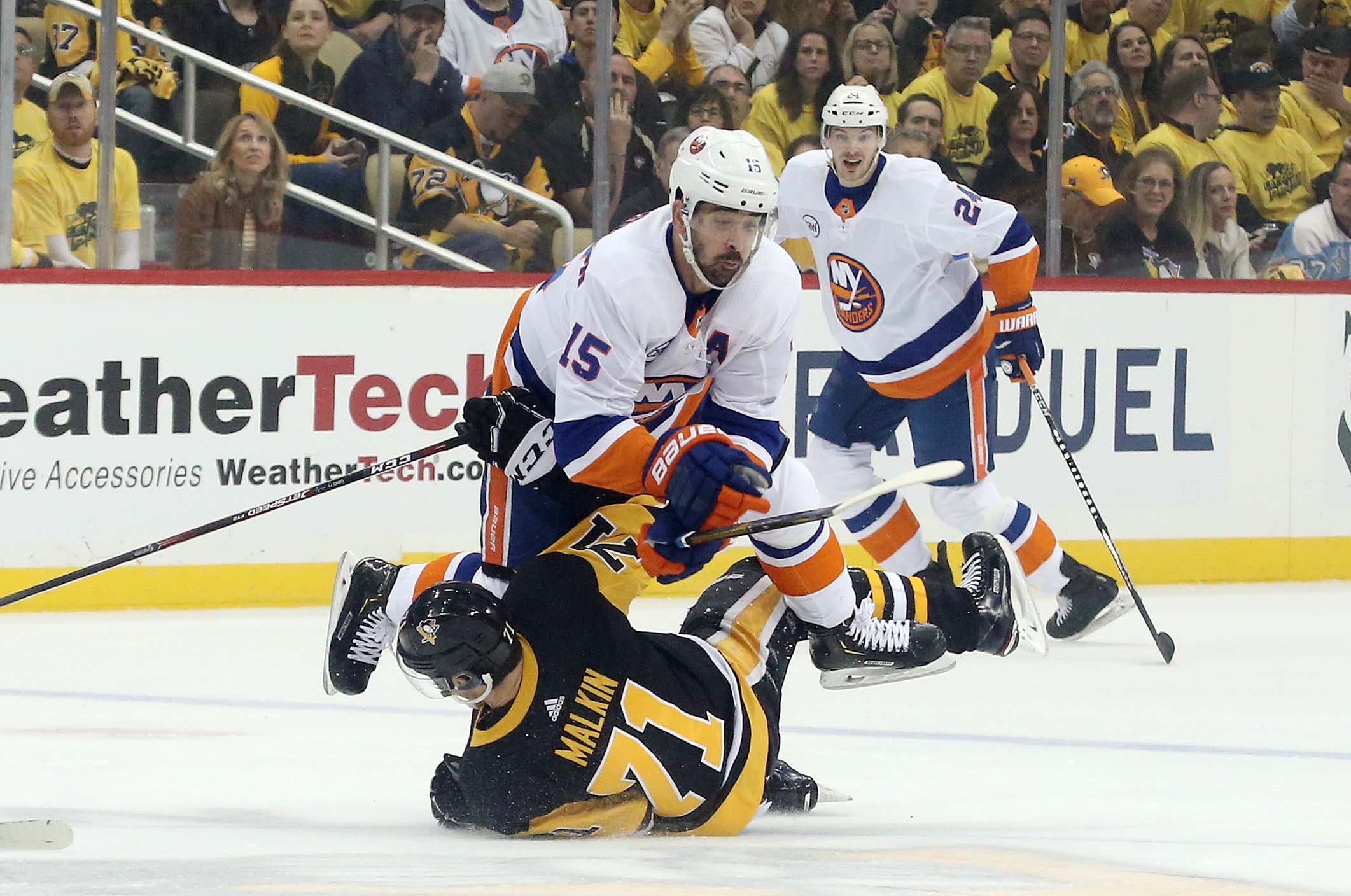 The Islanders swept the Pittsburgh Penguins, something they haven’t done in the playoffs against any opponent since the 1983 Stanley Cup Final. Everything went as planned, with the offense being able to come through in key situations and goaltending and defense stepping up.

Robin Lehner was great all series long (4-0, 1.47 GAA and a .845 save percentage), but the real difference maker was the defensive structure the Islanders deployed in all four games against the Penguins.

Throughout the series, the Islanders showcased the importance of lockdown defense. In a continuation of the dramatic defensive turnaround they had during the regular season — the Isles allowed a league-low 191 goals — they allowed just six goals to the Pens all series.

The team was able to quiet an offense that placed seventh in the league in scoring and held one of the greatest players in the world, in Sidney Crosby, to a single point. And it was a similar story for the rest of the offensive weapons Pittsburgh had relied on all season.

The answer the Islanders had for whatever the Penguins tried was the consistency of the structure they had on the back end. Anytime a Penguin player entered the Islanders’ zone, the defense stepped up and attacked.

Penguin players could not handle it, as it was very evident when their big names entered into Islander territory. The times when Evgeni Malkin tried to make moves across the Islander’s blue line, he was harassed right away which led to him either losing the puck or a weaker shot on goal that Lehner could corral. This was the outcome for most of the Penguins all series long.

The penalty kill stood tall this series as well, killing at a rate of 90.9 percent. Penalty killers were able to get to loose pucks, as well as position themselves accordingly with sticks and bodies in the lanes. Killing off penalties, especially against the fifth-ranked powerplay in the league, was a major momentum booster.

And the Islanders were giving up the body all series along. Averaging about 20 blocks per game showcased the commitment level the team had and how the players had bought into the system put in place.

The veteran defensemen played a crucial part, as did the younger ones. Scott Mayfield really stood out due to his play, especially in the pivotal moments of the series, as he blocked a surreal scoring chance earlier in the game and then used the stick to break up a pass that would have ended up in the back of his net.

The skill of back-checking is overlooked in today’s game, but it is something that can really hurt a team if not executed correctly and the offense did a tremendous job of that this series. Turnovers happen, but when you see Mathew Barzal and other players hustling after a long shift to get back and break up plays are evident of the bond this team has and the accountability each player has for their mistakes as well as their teammates.