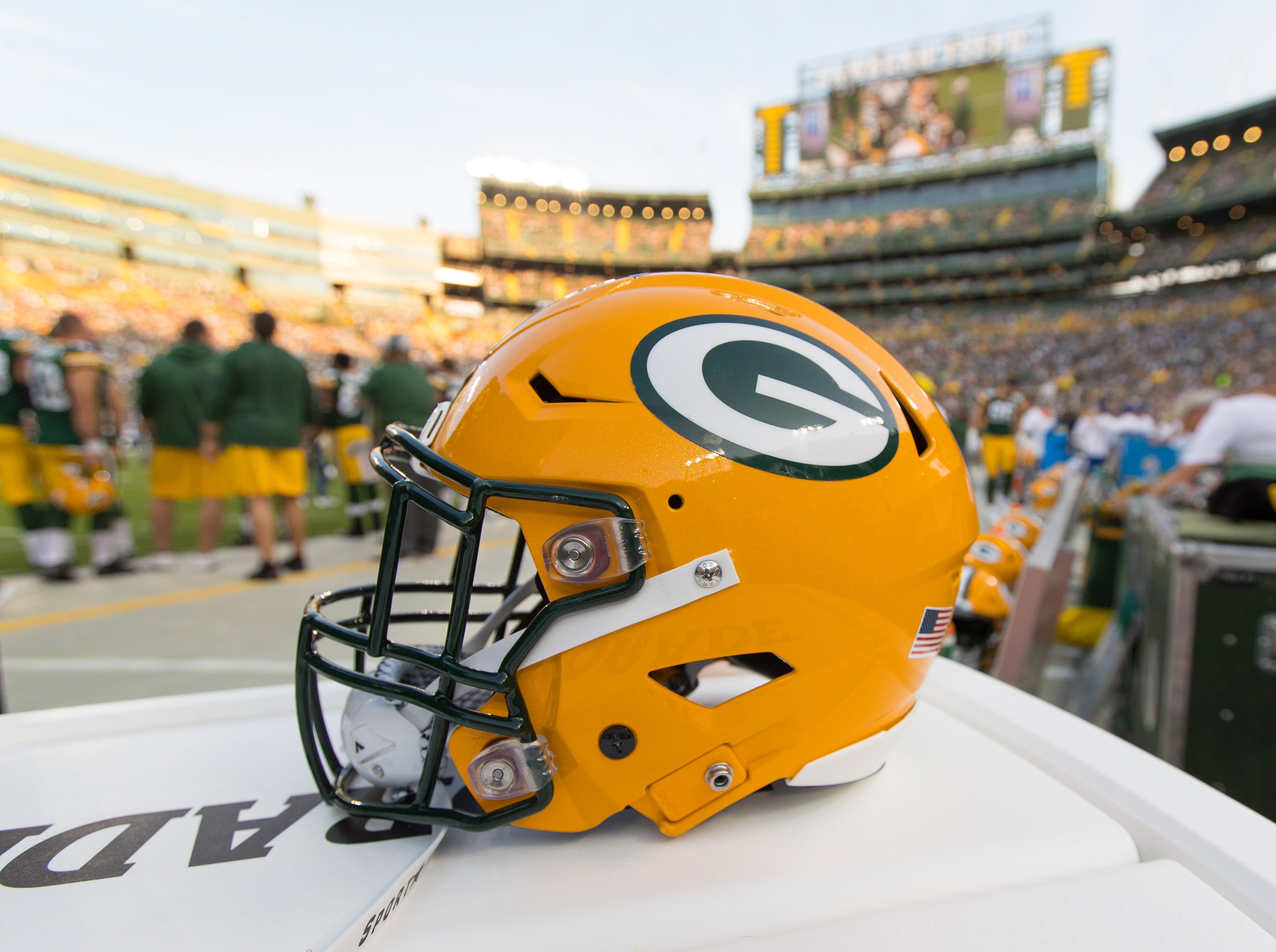 The NFL released its complete 2019 schedule on Wednesday and the Green Bay Packers will face some serious challenges this season as well as an opportunity to get the Matt LaFleur era off to a quick start. The Packers will play five prime time games this season, the same number as 2018.

Here is the Packers 2019 schedule as announced by the league:

The Packers will kick off the NFL’s 100th anniversary season on Thursday night in Chicago. The league will celebrate their centennial with the renewal of its oldest rivalry.

The Pack then gets extra rest before playing three straight home games including a nationally televised game against the Eagles on Thursday Night Football to close out September.

The Packers will have extra rest before heading to Dallas for a meeting with the Cowboys. Green Bay and Dallas have had several classic meetings in recent seasons including a pair of dramatic playoff wins for the Packers in 2014 and 2016. Aaron Rodgers and the Packers also won their last Super Bowl title in Dallas in January of 2011.

The Packers will play five of their first seven games at home which may give Matt LaFleur’s team a chance to get off to a good start. Three of those opening seven games are against 2018 playoff teams.

New Packers head coaches have struggled to get off to strong starts after taking over the Packers. The last coach to start quickly was Vince Lombardi who won his first three games as coach back in 1959. Since then, Phil Bengtson got off to a 2-3-1 start in 1968, Dan Devine went 2-4 in his first six games in 1971, Bart Starr started 1-8 in 1975 while Forrest Gregg lost seven straight games after winning his Green Bay coaching debut in 1984. Lindy Infante lost five times before winning his first game as coach in 1988 while Mike Holmgren started 2-5 in 1992. Ray Rhodes went 4-5 in his first nine games while Mike Sherman started 2-4 a year later. Mike McCarthy started 1-4 although his first team won its final four contests to finish 8-8 in 2006.

A highlight of the schedule is the Week 8 meeting in Kansas City against the Chiefs. That sets up the first potential matchup between Rodgers and Chiefs quarterback Patrick Mahomes, two of the best quarterbacks in football.

The Packers bye week comes in Week 11 and helps break up a string of four road games in a five-game stretch. After the bye, Green Bay has a long, coast-to-coast road trip facing San Francisco in Week 12 before heading to the east coast to visit the New York Giants.

The season concludes with three straight division games. Week 15 is the home finale and will mark the 200th meeting between the Packers and Bears. The Packers then finish the season in Minnesota on Monday night and then in Detroit. This will be the fourth consecutive season the Packers close their schedule against the Lions. The final two games of the season will be played in domes.

The Packers play six games against 2018 playoff teams including two meetings against the Bears and one each against the Eagles, Cowboys, Chiefs and Chargers.