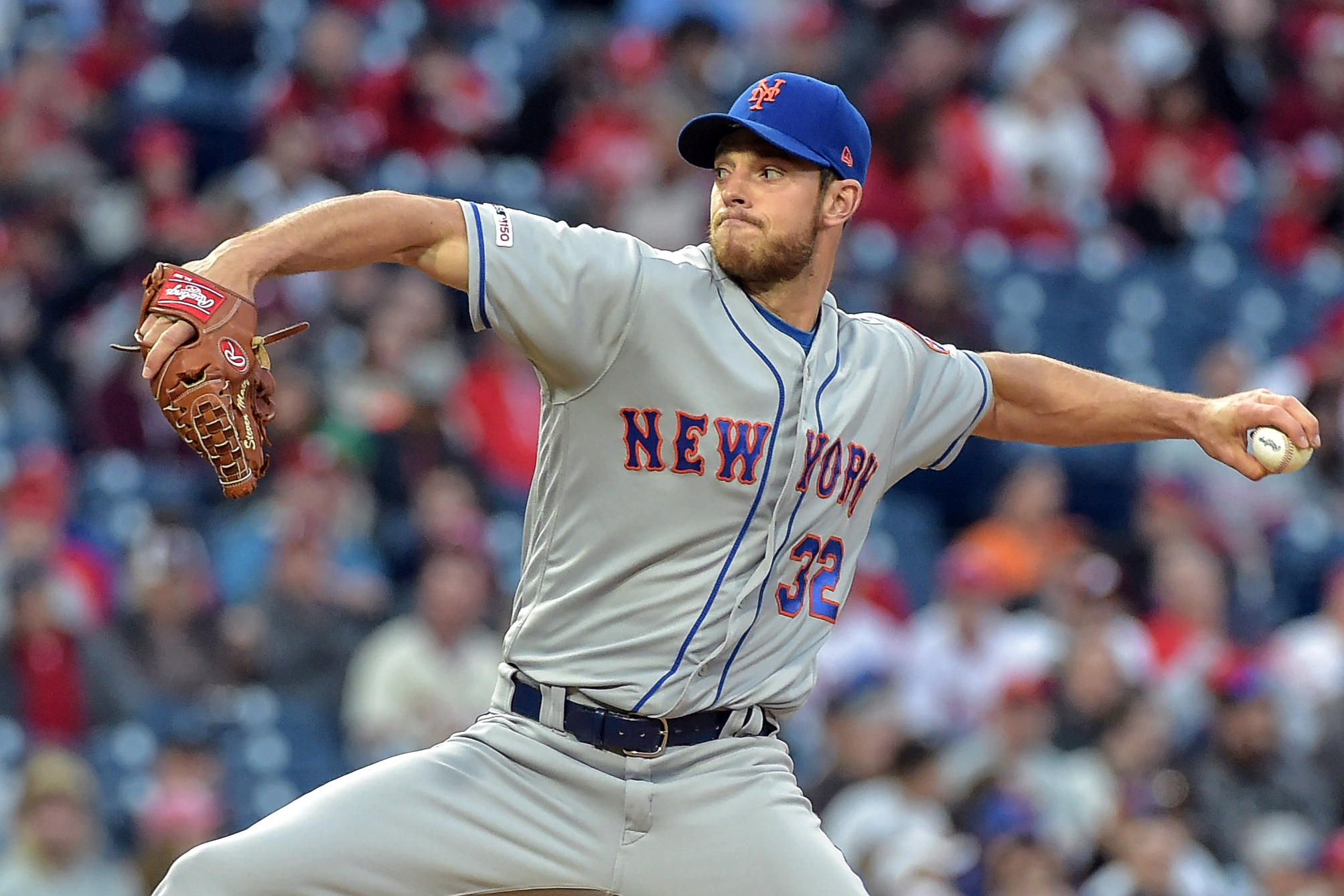 The New York Mets got an absolute clunker from Steven Matz last night, who couldn’t record an out in the Mets’ 14-3 loss to the Philadelphia Phillies. Matz had entered the day with the lowest ERA in the starting rotation at 1.65, but that ballooned all the way to 4.96 after he gave up eight runs, although only six were earned. For a team built on pitching, the Mets’ rotation has been pretty much a disaster thus far, making the fact that the team has a 10-7 record extremely impressive.

After the dud from Matz, Mets’ starters are pitching to an ERA of 5.62, which is sixth worst in baseball. Jacob deGrom has the best ERA of any Mets’ starter at 3.68, but he has delivered two duds in a row after picking up where he left off to start the year. Noah Syndergaard has been inconsistent, flashing brilliance in a few starts and getting hammered in others, leading to his ERA basically matching the cumulative starters’ mark at 5.63. Zack Wheeler was hit hard early and entered his outing today with a mark of 7.47, while Jason Vargas’ struggles (and his 14.21 ERA) have been well documented.

There has been a strong movement among Mets’ fans to urge the team to sign Dallas Keuchel to replace Vargas, but even if they did that tomorrow it won’t help if the rest of the starters don’t live up to their potential. Shaky starting pitching can doom any team, but it could really kill the Mets, who have built their entire foundation on a dominant rotation.

For what it’s worth, the Mets’ brass doesn’t appear too concerned about things, with Mickey Callaway indicating on several occasions that the team knows their guys will start to pitch better. The Mets have played only 17 games, making it far too small a sample size to freak out on, and the track records of Syndergaard and deGrom indicate both will be far better than what they have shown of late. deGrom’s struggles are reportedly tied to a mechanical issue that Dave Eiland said has been identified and is being worked on, so he should be back in good shape soon.

Matz had been the Mets’ best starter outside of his dud last night, so for now it’s safe to write it off as simply a night he didn’t have it and move on. Wheeler’s struggles are the most concerning since he doesn’t have a tremendous track record of excellence outside of the second half of last season, but that could change if he can build on a strong outing in Atlanta with another good one today. Syndergaard has been the most frustrating since he has the stuff to be better than deGrom, but advanced metrics indicate he has been a victim of bad luck, specifically a very high .322 batting average on balls in play.

The good news for the Mets is that their offense has picked up the slack, scoring just under six runs a game, but that pace is unsustainable for a 162 game season. The hope is that once the bats cool off a bit, the pitching steps up, making it so that the Mets can win games where they score four runs a game instead of needing seven or eight to get into the win column. Better starting pitching should also help the bullpen, which has been ineffective and heavily taxed in the early going.

The key to everything, however, is still the starting pitching improving. As long as the starters get their acts together, the Mets have a good enough team to get to the playoffs in 2019. If the starters continue to struggle, the model that Brodie Van Wagenen built won’t work, sending the Mets back to the drawing board really early.